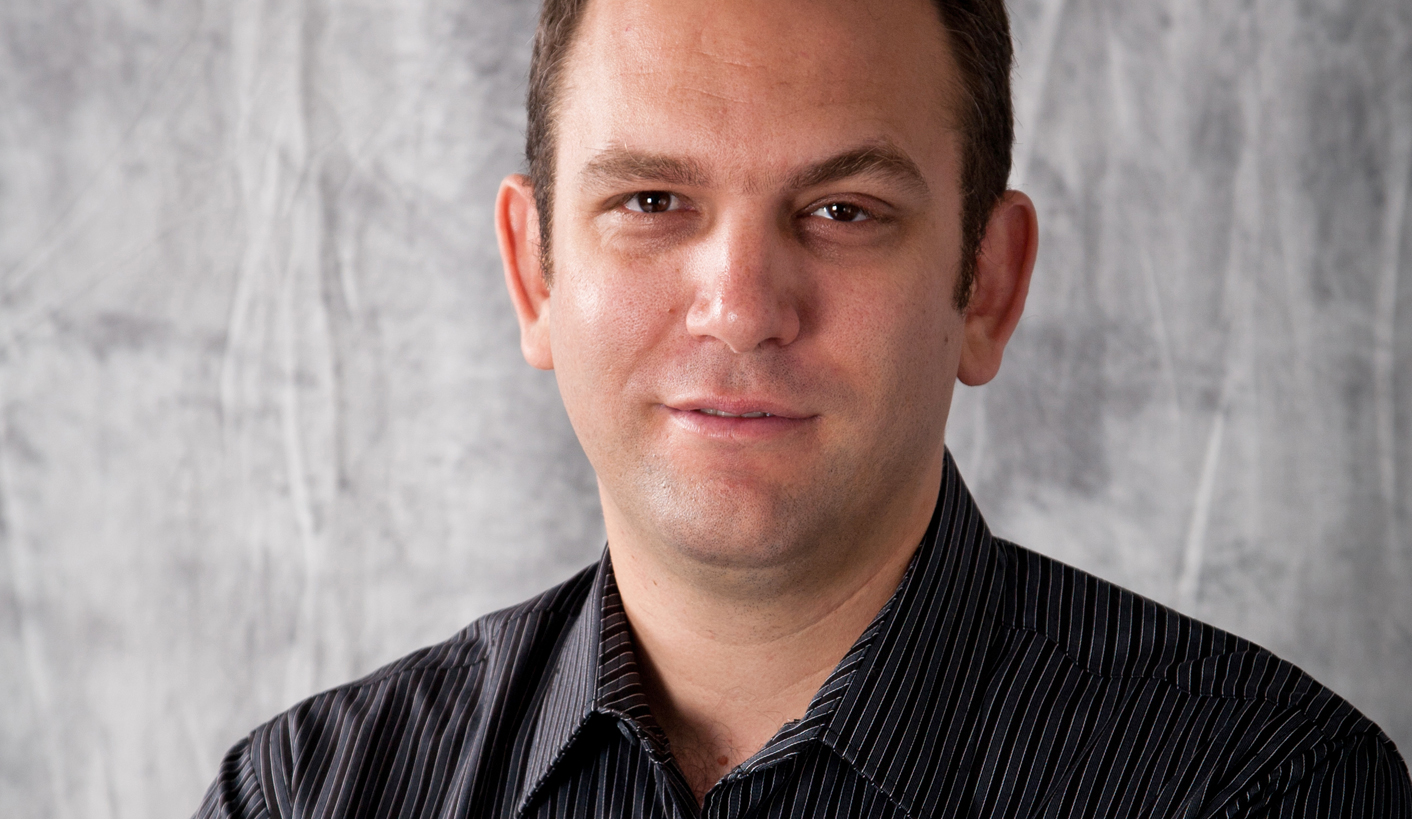 Publishers are looking for new ways to package content to appeal to mobile consumers, while newspapers want to turn print into digital for tablet and mobile users. Made by locals, Snapplify has stepped into this breach with a turnkey content solution that’s getting noticed globally by venture capitalists and larger, acquisitive players in the content industry.

Edmund de Waal (no relation) isn’t a writer. He’s a potter – a ceramic artist to be exact. But he tells the most exquisite story that begins with the 246 carvings he inherited from his great uncle Iggie, who lived in Tokyo.

The netsuke is a kind of button or toggle used to fasten purses to kimonos. Exquisitely crafted – like De Waal’s book, which is called The Hare with Amber Eyes – the netsuke carvings send the biographer down a rabbit warren of exploration that unearths the sprawling and “staggeringly rich” family dynasty, on which the book is based.

First printed in 2010, the book was purchased by a publisher for a modest purse in the belief that it might sell a thousand or so copies at best. However, De Waal’s epic of the Ephrussi – a European Jewish banking empire – became a bestseller because of its incomparable prose. That, and an incredible story that includes Hitler, crime, seduction, mystery as well as its “pitch-perfect”, “haunting evocation of time and place”. Readers of The Hare with Amber Eyes became utterly obsessed with the netsuke, spawning a paperback that followed the hardback fairly quickly, and which went digital with an e-book and a deluxe edition with full colour images, videos and music. Netsuke-obsessed readers can now pander to their fetish by poring over the individually animated and intimately displayed carvings.

“This edition allows each netsuke to come to life, as if you were holding it in the palm of your hand,” the publisher promises.

The Hare with Amber Eyes is the perfect tale of how publishers are reinventing print using apps and digital platforms. And the market is ready, waiting and hungry for paid content. Research released by Nielsen this March looked at how willing tablet owners in the US and Europe were to buy paid content. The answer from those surveyed? Despite the plethora of free content, mobile consumers will take out their credit card for the media they really want.

In the heart of that burgeoning digital publishing sector you’ll find a London-based company called Snapplify, which was incubated by South Africans. Snapplify enables anyone who publishes content to distribute and sell that content on mobile devices. This content could be anything, be it books, magazines, newspapers or marketing material.

“We provide a turnkey solution – all the tools needed to sell content in a global marketplace,” says CEO and founder Wesley Lynch. This includes applications that easily integrate with publishing production services, and take care of currencies and the collection of funds behind the scenes.

“Basically we take what’s used for print and repurpose or optimise it for mobile devices,” says Lynch, adding: “Publishers can either manually add content, or we automate the process of content collection and place this in mobile applications. We take care of all the hosting and infrastructure, so it is an end-to-end solution.”

Snapplify isn’t just about converting print to digital, it is more about offering a solution that’s multi-media and includes audio, video and other interactive elements, like those showcased by De Waal’s The Hare with Amber Eyes .

Launched at the Frankfurt Book Fair in October 2011, Snapplify is already being noticed by venture capitalists and bigger distributors who want to start acquisition talks. But Lynch says he’s in no way ready to start walking down the aisle with anyone just yet.

“We’ve had quite a lot of interest from investors or in terms of acquisitions from people like distribution partners. It is always sensitive to have those kinds of discussions, but we are going to take it one step at a time,” says Lynch.

“We are not just going to jump into bed with the first people that come along. We’re looking for someone that can take our brand and integrate it into a huge network. We want a relationship that would afford Snapplify a large market share, fairly rapidly. It’s not just about money – it is about plugging into new customers overnight to radically improve our revenues and reach.”

Lynch has been in the technology business for a while now. He’s consulted to banks in London and worked the European retail sector before setting up a UK software solutions company called Realmdigital in 1999, which has its engine room back home in Cape Town, South Africa.

“The UK market isn’t that tough to break into if you are based there,” says Lynch. “We never felt like a South African company going into the UK market or a UK company outsourcing to South Africa. We just started as a global company straight away,” he adds.

Realmdigital went offshore at a golden time, when the exchange rate was heavily weighted in the favour of doing global work locally. “The exchange rate was about R22 to the pound, and we found that we could be quite profitable while giving a quality, cost-effective solution. I guess we were just in the right place at the right time, and the right things happened to us,” Lynch says.

After growing Realmdigital, Lynch came up with the idea of incubating new businesses. “We get to see a lot of the market and engage in a lot of different industries, and through that we can identify market gaps. At times we develop solutions for those gaps and spin them out as separate businesses.”

Snapplify is the latest of those spin-offs. Other businesses that have been seeded by Realmdigital include a travel company and retailing businesses, but Lynch says Snapplify is the only incubated offering worth mentioning to date.

“You want to create something new within the organisation but that new entity always competes for attention and quality of resources. We wanted to find out how to incubate a successful idea and to understand how much resource you need to give it before it can stand on its own two feet,” says Lynch, talking about The Innovator’s Dilemma, which is Clayton Christensen’s seminal book about disruptive technologies and how businesses run by brilliant managers who make sound decisions can still become obsolete.

Christensen’s theory is that big companies forge innovations that sustain their positions in markets, but largely can’t recognise or suitably react to disruptive technologies that blindside them. A case in point is the print and publishing market that got a swift kick where it hurts from Amazon’s Kindle.

“We have been working with publishers at Realmdigital and helping them make their way through the massive changes brought to the market by digital publishing,” says Lynch. “Servicing that industry we identified the gap created by the technology disruption that is currently taking place.”

Realmdigital packaged the experience and technology gained from content clients into the branded solution that is Snapplify. Lynch’s smart move was ring-fencing the technology and seconding a team to Snapplify to get it off the ground.

Today Snapplify is the technology that supports The Star, The Sunday Independent, iMaverick, Pretoria News and a number of Avusa titles. Lynch says Snapplify is the largest app producer in Africa and that it works with media players in Australia, Columbia and Pakistan. Recently the content solution company signed up Kotobarabia, the biggest global publisher of Arabic content with about 4,000 titles.

“The publishing industry has changed rapidly. Smaller players are being dis-intermediated, retailers are becoming publishers, and Amazon is looking to publish and to have a direct relationship with authors, while publishers are becoming retailers,” says Lynch. “Publishers don’t need retailers as much as they have before because nowadays they can go direct to market. The business rules are changing.”

What’s Lynch’s secret to setting up a successful global business in a relatively short space of time? “We are not just looking to sell a tool. We’re looking to take all your problems away if you’re a publisher or a content business.”

“The lesson that continually surprises me is that South African companies can play in global markets just as easily as everyone else. It doesn’t even cost that much more to set up internationally. It is just about the mindset and the will to do it. People don’t care that you are from South Africa or not. They just want results.”

And by the looks of things, Snapplify is giving publishers the kind of results they’ve been looking for. DM