Should the police file on the man who killed Trayvon Martin stay secret? 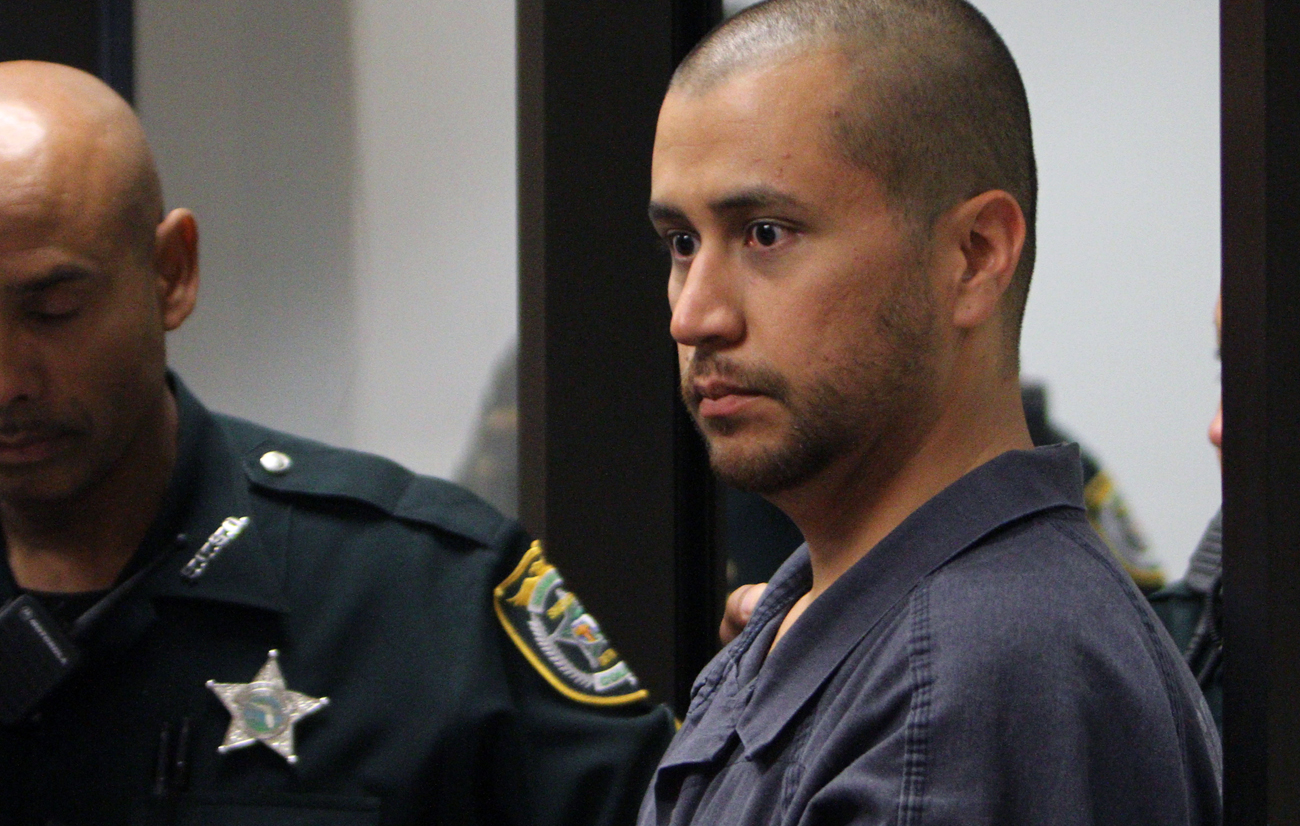 Prosecutors in the Trayvon Martin shooting began to sketch an outline of their case against George Zimmerman on Monday, citing new video evidence, a long list of witnesses and experts, and hints of a trail of facts, forensic details, and witness observations that they hope will lead a jury to a second-degree murder conviction. By Patrik Jonsson.

But after weeks of national introspection into what really happened between Mr. Martin, an unarmed black teen, and Mr. Zimmerman, a neighborhood watch captain, on the rainy night of Feb. 26 in Sanford, Fla., the guts of the hefty Zimmerman file remain secret.

The prosecution, for its part, wants to keep it that way, having asked Judge Kenneth Lester to waive Florida court transparency laws in order to keep some witness names secret.

It’s a bold request in a state that has enshrined “sunshine,” or government openness, into its constitution, and where reporters in the Casey Anthony murder trial last year received daily updates on details ranging from Ms. Anthohy’s pony-tail holders to racy emails.

But the urge to keep the Zimmerman file under wraps is largely based on an atmosphere of threats and concerns about witness cooperation that both sides fear could undermine a trial.

The pressure on the judge to issue a decision on the prosecution’s request from April 27 has increased with the defense discovery process Monday.

“When you think of Florida, it’s not short on crime and not short on spectacular, newsworthy crimes, but even despite all these high-profile trials through the years, this is the first instance in which I can see a judge seriously considering limiting access to a discovery file,” says Charles Davis, an expert on open records at the University of Missouri.

“But therein lies the problem of closing the file,” says Mr. Davis. “Is there a real sense of some looming threat? And can it be tied to the release of more information in the discovery files? That’s a much tougher leap to make. The overall takeaway from discovery records is [they] tend to add context to a case, not take away from it.”

Prosecutor Angela Corey has already complained about the number of leaks in the case, from the release of 911 tapes to pictures showing Zimmerman’s arrival at police headquarters. She is seeking to keep some bits of the Zimmerman file away from the press.

Major news organizations, meanwhile, have met with the judge to urge full disclosure of the defense discovery process, in which prosecutors, as they did Monday, literally hand over their evidence to the defense. In this case, it amounted to 67 computer disks-worth of evidence combed from hundreds of hours of detective work, including transcripts of dozens of witness accounts.

So far, the biggest remaining mystery is Zimmerman’s state of mind and a murky two-minute span in which the two men clashed, fought, and Zimmerman pulled out a 9 mm pistol and shot Trayvon once in the chest, killing him.

Without more facts, the basic question of motive in the case remains unanswered: Was Zimmerman a conscientious citizen who ended up in a bad spot, as his supporters argue, a racist vigilante with a bone to pick with young black men, or something in between?

The shooting, and the decision by local police not to arrest Zimmerman, led to a national uproar that touched off racial tensions and questions about liberalized self-defense laws.

A special prosecutor arrested Zimmerman on April 20, six weeks after the shooting, alleging that he “profiled” Martin as a criminal and “confronted” the boy without evidence that he was doing anything wrong. At the time, Martin was returning to the house where his dad was staying after having bought a Snapple iced tea and Skittles.

So far, 911 tapes and even a recorded scream before the shot rang out have been largely inconclusive as to who was fearing for his life, and when, during the confrontation. Some experts have said it was Martin calling for help, but there’s also evidence that Zimmerman’s head was being beaten against concrete before he fired the shot.

Even as the case itself develops, the legal nuances around the case are shifting. The Justice Department is reportedly considering a hate-crime charge against Zimmerman, which could come if they determine that Zimmerman profiled and attacked Martin because of his race. A hate-crime conviction added onto a murder conviction could put the death penalty into play.

Over Mother’s Day weekend, Sybrina Fulton, Trayvon’s mom, joined a national effort to draw attention to so-called Stand Your Ground laws in 26 states, laws which remove the duty to retreat from trouble even in public places. Florida’s landmark Stand Your Ground law has been cited as part of the dynamics of the Martin case, though it’s not yet clear whether Zimmerman will claim it as part of his defense.

At the same time, two recent Stand Your Ground defenses recently failed in Florida, including that of a woman, Marissa Alexander, who received 20 years in jail after firing a gun in aggression near her children and a husband with a record of spousal abuse.

Both defense attorneys and prosecutors in the Martin case have raised concerns about the names of witnesses being released to the press, as it could affect their willingness to testify.

A judge might consider keeping secret specific pieces of evidence or the names of certain witnesses. But if constitutional tradition is any guide, the bulk of the prosecution’s case against Zimmerman will soon be public.

“If you’re starting to lean toward having secret witnesses, you’re really entering constitutionally dubious territory,” says the University of Missouri’s Davis. “We’re a nation that doesn’t like secret witnesses bringing cases against defendants.”

Meanwhile, tensions remain high around the case. Just this week, a Miami fireman, Brian Beckmann, was demoted for a Facebook comment slamming Trayvon’s parents, and police were called to the office of Mark O’Mara, Zimmerman’s attorney, on Monday after a report of a “credible threat” against the lawyer.

An entrepreneur quickly sold out a stockpile of shooting targets depicting Martin – or at least a black man in a hoodie holding iced tea and Skittles. And the entire Zimmerman clan, including his mother and father and wife, have meanwhile moved to another state to live undercover after Zimmerman posted bond in late April, fearing every day, the elder Zimmerman has said, for their lives.