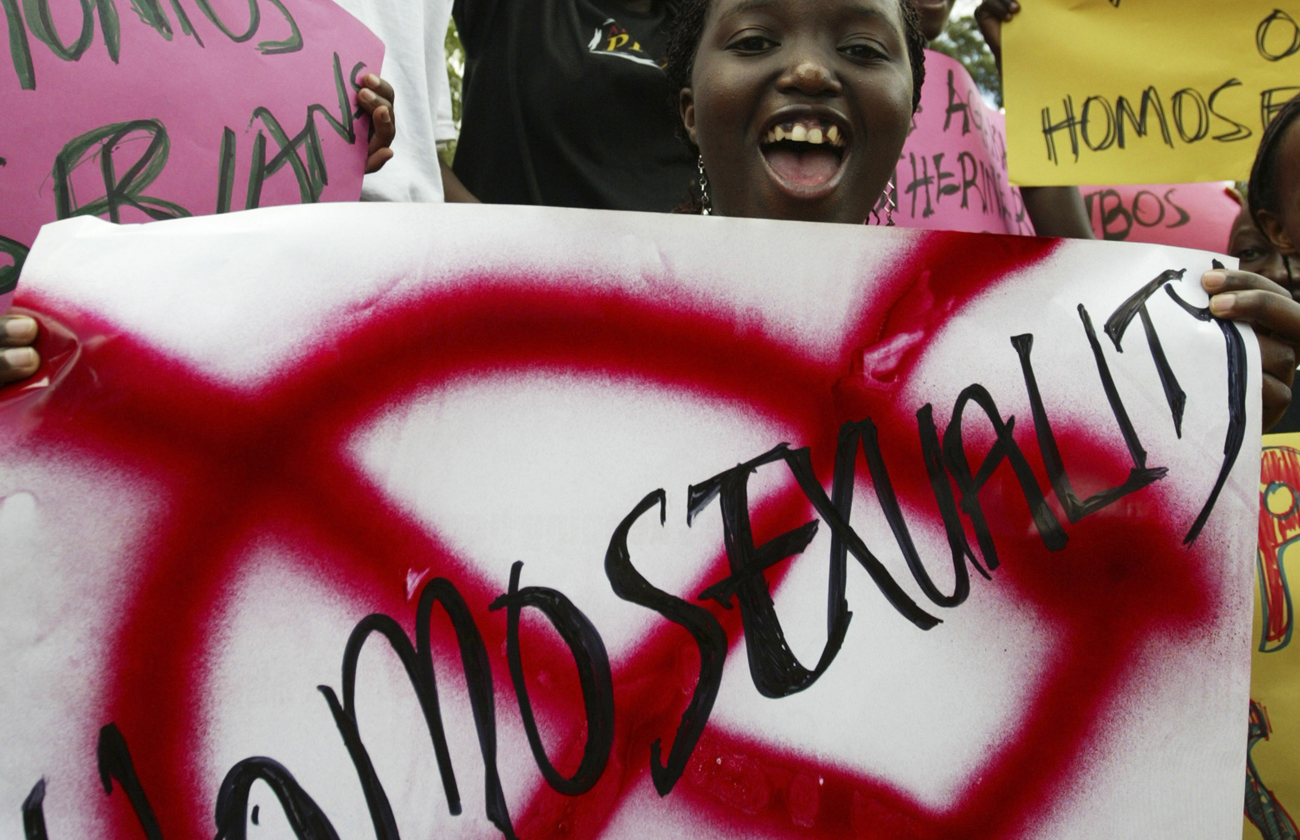 Those dastardly liberal types responsible for drafting the new Zimbabwean constitution – aka “regime change weapon” – have crossed the line as far as Zanu-PF is concerned with their repeated attempts to smuggle in protection for gay rights and all kinds of other dangerous imperialist dogma. Consensus remains a long way off. By SIMON ALLISON.

Perhaps the most difficult job in Zimbabwean politics belongs to Munyaradzi Mangwana. Mangwana is heading the Zanu-PF delegation at the parliamentary committee (Copac) tasked with writing Zimbabwe’s new constitution and, from the very beginning, he found himself in a Catch-22 situation.

Were he to take his job seriously, the constitution would be filled with the kinds of human rights discourse and constitutional safeguards the opposition parties are pushing for and which most respected constitutions include as a matter of course. This, however, would not go down very well with certain factions of his party. And were he to just push Zanu-PF positions, he would alienate the opposition and citizens keen to see an end to this transitional phase. So, no matter what he does, he can’t please everyone.

The good news for most of us is that he’s currently displeasing Zanu-PF more than anyone else. The party’s hardline, conservative faction is particularly unhappy. “Why is the Zanu-PF co-chair in Copac, Comrade Munyaradzi Paul Mangwana, associating himself with a draft that betrays the views of the people as expressed during the Copac outreach programme?” asked Jonathan Moyo, Zanu-PF MP. Moyo is not known for his loyalty, having switched allegiances several times in the past decade, but he’s currently associated with the securocrat faction of defence minister Ernest Mnangagwa.

Moyo’s position is shared by his political allies, who can’t understand how the draft constitutions keep coming out so liberal. An excerpt from an article in the state-owned Zimbabwe Herald – always a good indication of how elements of the party are thinking – illustrates this nicely: “The vagueness and ambiguity with which the draft was structured gives one doubts on the legal competence of both the drafters and co-chairpersons. An example is where under freedom of expression and freedom of the media the draft states that: ‘Everyone has the right to freedom of expression’. This can easily be interpreted in law to mean BBC, CNN, Studio 7, Sky News would have the legal right to operate in Zimbabwe and may not require registration before publishing any news in Zimbabwe…The drafters and the co-chairpersons can easily be likened to legal terrorists or Rhodesian Selous Scouts who never liked Zimbabwe to be free.”

But Moyo and his allies’ real anger is saved for the provision they claim will be used to protect gay rights – something they vehemently oppose. Public consultations forced the drafters to scrap a clause outlawing discrimination on the basis of “natural differences”, which might have been used to prevent discrimination on the basis of sexuality. But, bravely, the committee replaced the problem phrasing with a new formulation, using “circumstances at birth” instead of “natural differences”, which could – although with more difficulty –be legally construed to allow for the protection of gay rights. As one Harare lawyer observed: “This provision is actually intended to cover up for homosexuality and the moment it’s in the constitution then it will be used by the gays.”

Moyo’s reaction was vicious. “It is scandalously revealing that the latest Copac draft released last week has resorted to trickery and deceit in a desperate, but ill-fated attempt to retain homosexuality,” he said. “They are mischievously hiding it under the cover of a new seemingly innocuous and yet loaded phrase…What is very offensive about this is that the people of Zimbabwe specifically and vociferously rejected the constitutional protection of homosexuality during the Copac outreach programme.”

Moyo may have a point here, but sometimes the people don’t get it right. Would a referendum in South Africa vote to protect gay rights? Probably not, but the South African Constitution guarantees them nonetheless – and the country is better for it.

Nonetheless, Moyo’s critique and the outrage it has sparked has had an impact. Zimbabwe’s NewsDay newspaper reported that the party has suspended its participation in Copac until further notice, without explaining why. Douglas Mwanzora of the opposition Movement for Democratic Change (Tsvangirai faction), another Copac co-chairperson, clearly links the sudden suspension to the intense criticism that Copac in general and Mangwana in particular has received. “When I called him before… [Mangwana] sounded distressed. Some of the criticisms levelled at Mangwana by his party are unfair. Zanu-PF believes that when Mangwana is negotiating with us he is giving in a lot of concessions but we are not easy people to negotiate with.”

What Mwanzora doesn’t say, but must know, is that there is more at stake than just a constitution – at least for all the parties and factions jostling for political position in the post-Mugabe era which many feel is not too far away, given the reports of Comrade Bob’s failing health. Crucial to any succession plan is the timing of the next elections, and crucial to those elections is some decision on the constitutional process. In theory, no elections can be held until a new constitution is agreed upon – a process which shows no sign of finishing anytime soon.

This is bad news for the hardliners in Zanu-PF, who are desperate to have elections before Robert Mugabe shuffles off the scene so they can cement their power for another few years. To make this happen, they will undermine Copac as much as possible, to the point where the country is forced to hold elections under the old constitution which has served Zanu-PF so well for so long. Hence the vitriolic criticism – and hence, one suspects, the sudden suspension of Zanu-PF involvement.

The opposition (or, more accurately, disgruntled partners in the unity government), meanwhile, are probably hoping to drag the process out as long as possible – perhaps so the president won’t be around come the next elections.
Not that any of this helps poor old Comrade Mangwana very much. He’s still stuck in the middle and now no one’s happy with him. DM