The taming of the ANCYL, a job half-finished 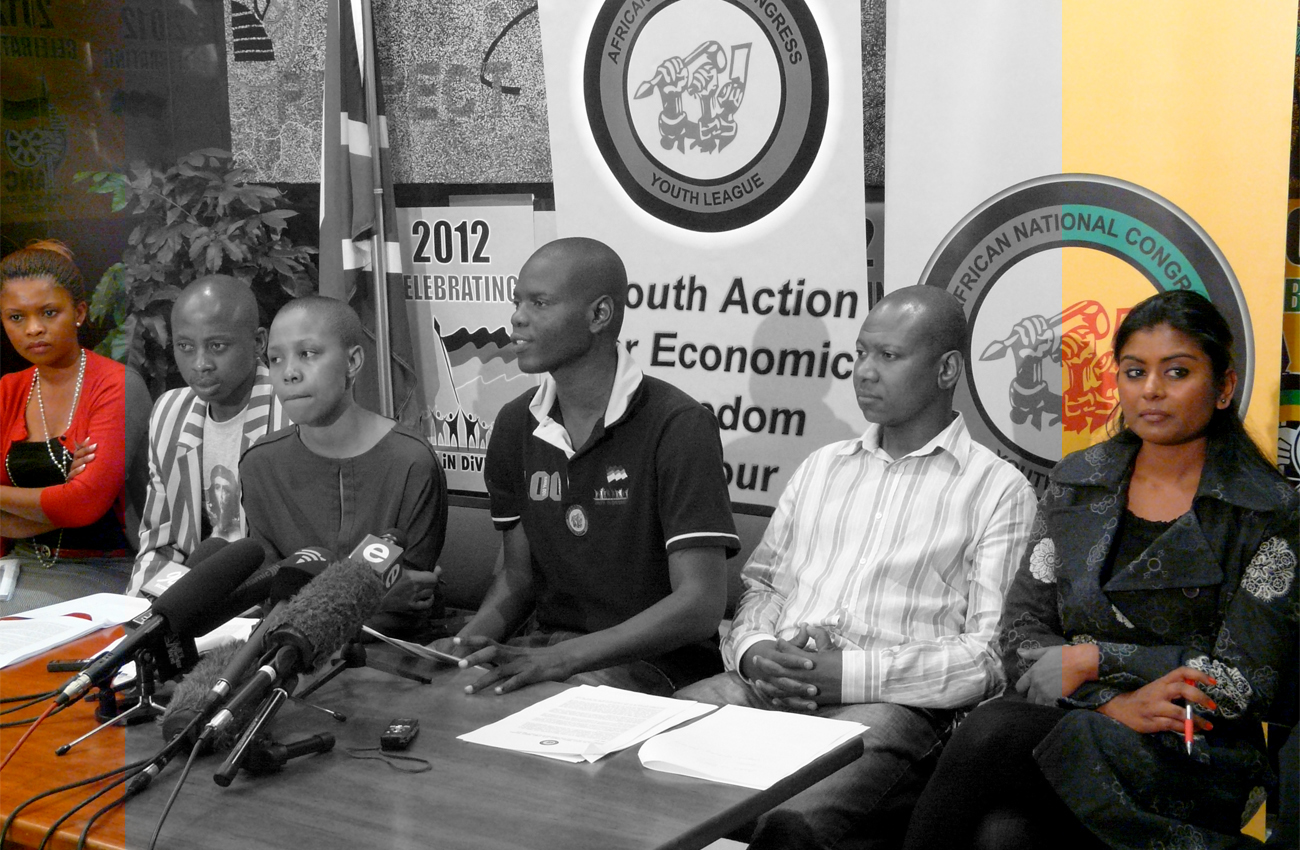 Well done to the top chaps who, months ago, sat down and plotted the eventual demise of Julius Malema. It has all gone to plan. But destroying Malema isn’t enough – if we accept that’s what all of this is all about. The ANC can ensure that the league never is a problem again by aggressively pursuing what could turn out to be the most powerful charge of the lot. By SIPHO HLONGWANE.

There are many theories about how Julius Malema came about, but the one that connects all the dots the best says he was appointed by the so-called “coalition of the wounded” quite a while before he became the Youth League president who helped galvanise widespread popular support for Jacob Zuma after the Polokwane national conference.

He would do this by presenting a wildly populist and extremist view, which would tap into discontent among the younger members of the ANC, who would then turn that energy into support for Zuma. With his immediate enemies, Thabo Mbeki and the courts, not being a problem anymore, Zuma now sat with a new problem. His attack dog had run out of enemies to bite and was starting to develop a taste for doing its own thing, and then nipping at the hand that had fed it all along when it wasn’t getting its own way.

As Malema said at the league’s national conference in June 2011, “It was you [the ANC] who taught us that the land was stolen from us by criminals.”

As things stand now, Malema and his top henchmen are expelled from the ANC.

However, Zuma and his men are far from done. They’ve removed this particular Malema. But they now need to ensure that another one will never rise up again. And that is why the ANCYL is so freaked out about losing its autonomy. They know that Malema crossed a line that is going to cost them all.

At some point between the mid-year national conference last year and November, someone in the Malema camp, if not he himself, tweaked a few clauses in the ANCYL constitution in order to save Malema’s career. You simply do not do that in the ANC. Said clauses say that, since the ANCYL derives from the ANC’s constitution and is ultimately subservient to the parent organisation, any decisions with regards to an ANCYL membership of the ANC also apply to the league.

Someone then changed that bit to say that ANC disciplinary decisions which have to do with an ANCYL member don’t necessarily apply to that members’ ANCYL membership.

It was a mistake of epic proportions.

The schemers thought they could fool everyone into believing that these changes happened at the national conference. However, the first people to question this modification were the political reporters who were present at the conference, and who never once witnessed a motion to amend the constitution. The second bunch of complainers was the KwaZulu-Natal provincial executive committee. Malema dealt with that problem by disbanding the body.

In one of the recommendations made by the national disciplinary committee of appeals in the ruling against Malema, Sindiso Magaqa and Floyd Shivambu, it urged the ANC to get to the bottom of the constitution controversy.

“Suspected fraudulent changes to the ANC Youth League’s constitution, to prevent a suspension from the ANC from applying automatically to league members, are set to be investigated by the ANC,” City Press reported. “Such fraud is punishable by expulsion and could be another heavy blow to the league in the wake of the expulsion of its leader, Julius Malema, from the ANC and the youth league.”

There is no “cogent evidence” that the right procedure was followed by the league in amending article 11.2 of the league’s constitution, the NDCA said.

The question is, who will take the fall for this one? Presumably Malema, Magaqa (who is the official guardian of the league’s constitution) and Shivambu will all be twiddling their thumbs at home by the time the ANC’s investigation finishes and new charges are brought.

Since Malema will presumably still be expelled when that storm finally hits, it will be his unexpelled henchmen who will face the music, along with the rest of the ANCYL NEC. Perhaps this may even trickle down to the provinces. Why was it only KZN who complained? Depending on how thorough the ANC wants to be, this investigation could have far-reaching consequences for the league. This has to rank as one of the worst mistakes that an ANCYL leader has ever made, or allowed to happen.

This will present Zuma with a unique opportunity to solve the Youth League problem forever – the entire NEC can be charged and then provisionally suspended, as Malema was in 2010. It would be a terrible Damoclean sword to hang over the league.

There’s no reason why the charges against the ANCYL NEC cannot be brought now. There’s no point in waiting – Malema has taken all the rope he’s been given, hanged himself twice and strung up Magaqa and Shivambu alongside him. The remaining Youth League members will never be as weak as they are these days.

They recently sacked treasurer-general Pule Mabe and promised to hold a national general council as soon as possible to elect a new one, so there’s a degree of urgency. Depending on how quickly they could pull it off, a new NEC could be elected, bringing with it some sense of normalcy and preserving the league’s independence. It would make the ANC look petty if it punished a new NEC for the sins of the old one. Not what Zuma would have wanted.

Then again, Zuma and his trusty Luthuli House right-hand man, Gwede Mantashe, have proven to be thorough and ruthless strategists. One thing they have not been is sadistic. Perhaps they will wait for the new ANCYL NEC to be elected before bringing in new charges against the departing members. The point about who the boss is will have been made anyway. DM