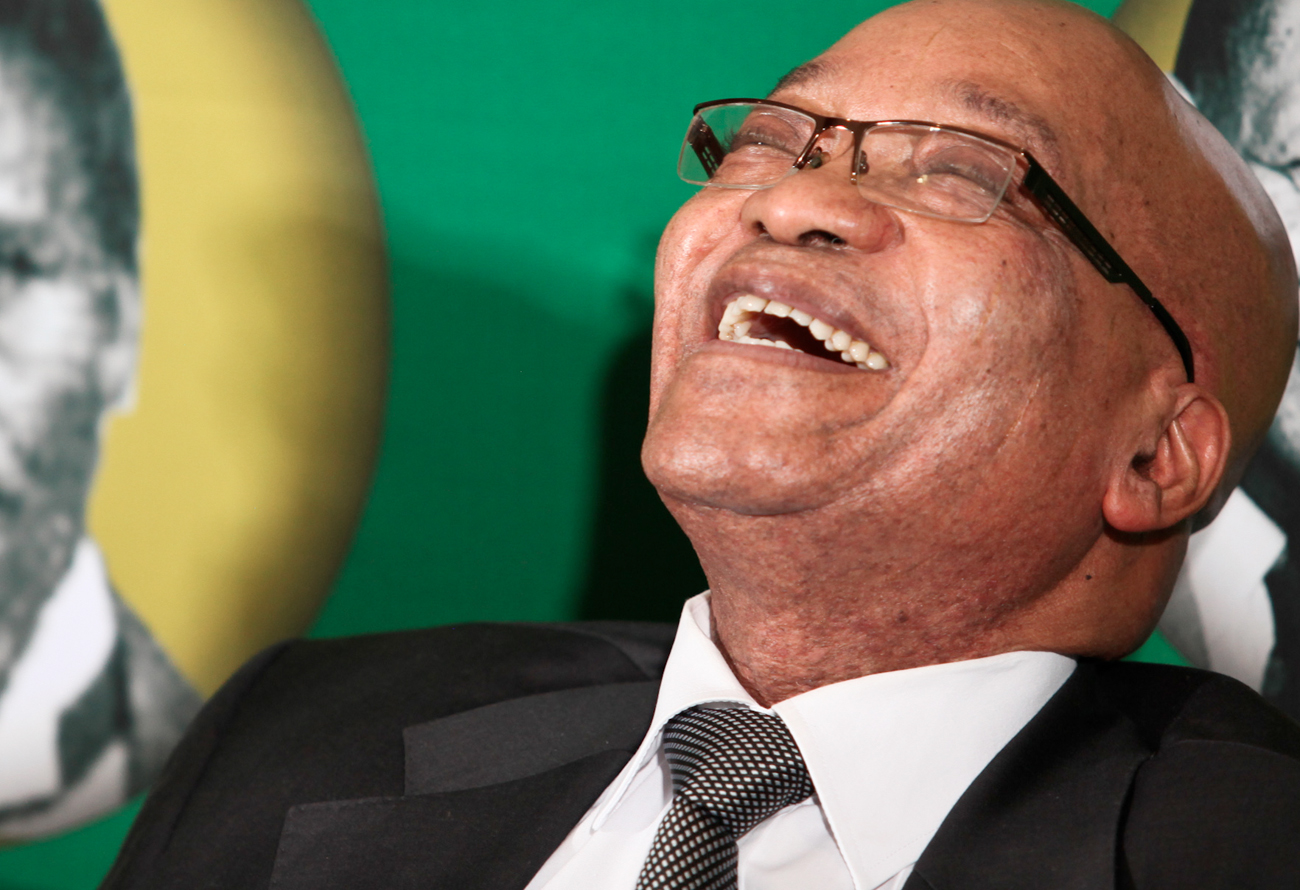 As evidence of President Jacob Zuma’s abuse of state security agencies piles up, the issue is becoming equivalent to Thabo Mbeki’s Aids opposition. And as it was with Mbeki, the Mdluli story gives Zuma’s opposition an issue to rally around. Could it be the president‘s master mistake? By GREG NICOLSON.

Who could forget the Treatment Action Campaign’s struggle against the Thabo Mbeki administration for access to HIV/Aids treatment? They took the government to court demanding nevirapine for pregnant mothers and rolled out a campaign of civil disobedience hardly seen since 1994.

Throughout his presidency, Mbeki stubbornly refused to acknowledge the evidence showing HIV causes Aids, leading to inadequate prevention and treatment and the death of an estimated 330,000 South Africans.

The TAC’s “HIV POSITIVE” T-shirt is a lasting symbol of resistance to Mbeki’s obsessive linking of the virus to issues of race and the legacy of colonialism. It was an issue that made him famously unpopular and united an unlikely opposition. We are only counting the cost of his stance now. It forms his legacy.

President Jacob Zuma has improved South Africa’s HIV/Aids policy and been a welcome advocate of prevention and treatment. But his opposition seems to be uniting against his stance on crime intelligence boss Richard Mdluli and his refusal to listen to the public outcry over the evidence against him.

Mdluli was suspended last year from his post as head of crime intelligence after he was arrested for murder and fraud. The murder charge related to the death in 1999 of Oupa Ramogibe, the boyfriend of Mdluli’s ex-girlfriend. Six months later Mdluli was charged with fraud and corruption, allegedly having used a secret account as a personal slush fund.

A report to the inspector general of intelligence by Major General Mark Hankel details evidence of Mdluli’s abuse of the secret services account.

It’s quite a rap sheet. The case against Mdluli for the profit he made from a transaction regarding the sale of two SAPS BMWs is said to be incontestable. There’s strong evidence to suggest he’s been involved in nepotism, too, influencing witnesses and looting the secret services account.

The Mail & Guardian has reported that the Hawks have continued to investigate Mdluli’s use of a second slush fund from which “vast sums” were allegedly diverted for his own private use.

The charges of corruption, fraud and murder were all dropped despite advice from the inspector general for intelligence, Faith Radebe, that he should be prosecuted.

A cacophony of voices has expressed concern that the reinstatement was pushed by President Zuma and his allies for control of intelligence institutions ahead of the ANC’s elective conference.

A Mail & Guardian editorial described the state of denial. “The paranoid, it seems, have taken over the asylum, imposing on the entire country an insane regime of rules. Their message of serene silence is that it is we, the outraged, who are mad. If we just took our pills, the lunatic doctors soothe, our anxiety would melt away.”

The DA is among the outraged. It offered the Public Protector 15 reasons why she should investigate and has vowed to pursue the allegations. The South African Police Union is demanding an inquiry and some Cabinet ministers are said to fear their phones are being tapped. Cope has called for Mdluli to step down and the PAC is demanding an inquiry into the saga.

The president and Mdluli hardly seem to care, blatantly showing allegiance while maintaining it’s an internal issue. Mdluli was present with Zuma supporters Cosatu President S’dumo Dlamini and SACP general secretary Blade Nzimande at the president’s Workers’ Day address. It follows the release of a letter in which Mdluli tells the president he will help him secure a second term if reinstated.

Gareth Newham from the Institute for Security Studies draws parallels with Mbeki’s attempt to protect Jacky Selebi from prosecution. There are neat links. In the Selebi case, Laurence Mrwebi, former boss of the KwaZulu-Natal Scorpions, and advocate Nomgcobo Jiba were both suspended for allegedly trying to prevent Selebi from being charged.

Both were promoted under Zuma’s term. Mrwebi is now head of the specialised commercial crimes unit. Jiba is the acting national director of public prosecutions.

The allegations of political involvement have become so regular they read like a church litany.

All the while, says Newham, power continues to be shovelled in Mdluli’s direction while regular police officers lose morale. They’re asking why less serious allegations against 869 other officers remain while Mdluli’s have been wiped?

But the situation isn’t new. Zuma’s first choice for the national director of public prosecutions, Menzi Simelane, was found by the Supreme Court of Appeals not to be “fit and proper” for the job.

Another buddy of Zuma’s, suspended national police chief Bheki Cele, was nailed by the public protector for his role in the SAPS lease scandals.

Then Zuma’s choice for the head of the Special Investigation Unit, Willem Heath, was removed after making allegations that Mbeki orchestrated the raft of charges against Zuma between 2005 and 2009.

When appointed, all were Zuma allies. All were found to have been compromised.

Mdluli, however, is not just an ally of the president. He’s a murder suspect, an alleged embezzler and the head of the SAPS’s most powerful division, in charge of all wire taps. He’s been painted as the Prince of Darkness and just might be one appointment the public refuses to accept.

Like Mbeki’s ministers who were faced with the damage of his stance on HIV/Aids, Zuma’s Cabinet has remained silent. But as Zuma is perceived to be undermining the justice system for his own benefit, it gives his opposition an issue around which to coalesce.

Like the struggle against Mbeki’s policies, Zuma’s opposition faces an uphill battle. Control of both the executive and security institutions allows him to bypass the mechanisms established to prevent an abuse of power.

And like Mbeki’s presidency, reflections on Zuma’s term, or terms, will always be prefaced with a caveat – in this case his attempts to maintain control by influencing institutions meant to uphold security and justice. Photo: Will Zuma’s stance on crime intelligence boss Richard Mdluli be his Waterloo?