Has the ANC Women’s League rediscovered its roots? 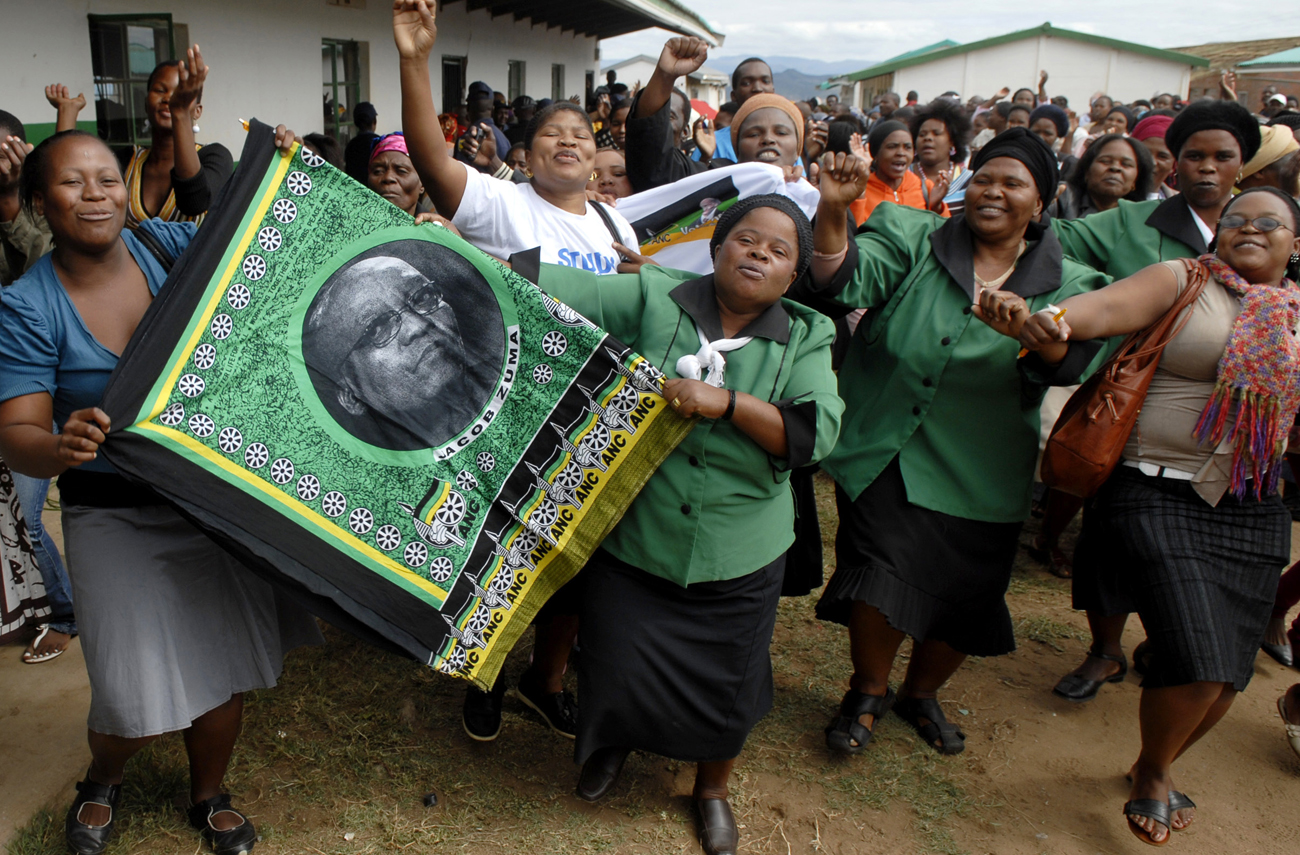 Recent developments suggest the ANC Women’s League is finding its voice as an advocate for women’s rights again. It’s a pity they momentarily forgot this important role it plays within the ruling party when Jacob Zuma was on trial for rape. By SIPHO HLONGWANE.

South Africa’s epidemic of sexual violence against women came under the spotlight once again when reports emerged of a video that was being sent around. In the video a girl of 17 is filmed while being gang-raped by a group of boys and men between the ages of 14 and 20. The girl was reported as lost at first, and then found on Wednesday. According to various media reports, the video was being passed around and, disturbingly, kids of Dobsonville were known to be quoting the most “memorable” lines from it.

The ANC Women’s League was one of many organisations which issued a statement condemning the act and calling for the law enforcement authorities to act swiftly.

“The ANCWL met with the MEC of safety and security, Cde Faith Mazibuko, and spent the day with police in Soweto while the search for the missing girl was on-going. We were extremely relieved when she was found alive and safe by police. We would like to commend the swift action taken by police in arresting the culprits and the dedication to finding the missing girl,” the statement said.

The missing girl was reportedly found in the company of a 37-year-old man who claimed she was his girlfriend. He also reportedly claimed that he thought she was 19 years old.

According to the league, the girl is believed to be mentally handicapped.

“This man is the most vulgar kind of exploiter, he used this vulnerable child for his own perverse activities and only decided to hand her over when he knew police were in his neighbourhood and hot on his tail,” the Women’s League said in its statement. “This child is said to have the mental capacity of a five-year-old and is therefore not capable of consent, this man must face the full might of the law and be charged with rape.”

And yet, the Women’s League statement stands in direct contrast to its silence during the rape trial of ANC president Jacob Zuma. In December 2005, Zuma was charged with raping a woman half his age in his Johannesburg home. As the case progressed, scores of supporters gathered outside the courthouse to show their support for Zuma.

A few anti-rape campaigners gathered as well, and were routinely the victims of verbal abuse from the Zuma supporters. At one point, an innocent bystander was mistaken for the accuser and a few people attempted to stone her.

Zuma’s lawyers successfully argued that the sex had been consensual, and he was eventually acquitted.

During this time, various spokespeople representing the tripartite alliance partners and the leagues of the ANC voiced their support of Zuma. The Women’s League’s contribution was  notable for its silence on the rights of Zuma’s accuser, and women’s rights in general, especially in the context of this country’s pervasive violence against women. Zuma admitted in the trial that he had not used a condom when he had sexual relations with a woman he knew to be HIV-positive. That revelation went unaddressed as well.

Is the Women’s League’s current stance a sign of a double standard? A willingness, perhaps, to overlook women’s rights and gender-based violence when politics are a consideration? Its spokeswoman, Troy Martens, said in the case of Zuma it was different because he was acquitted by a court of law and the accuser was not a minor.
“The ANCWL condemns in the strongest possible terms any form of rape or violence against any woman or child,” Martens said. “However, we as an organisation just like yourselves in the media have to respect the rule of the law in this country and therefore one cannot be called a rapist unless they are found guilty. The alternative would be defamation of character.”

Martens said she had been a member of the league delegation that visited the police station from where the search for the missing girl was being co-ordinated, and saw the video there. “There are no double standards, the ANCWL will in no way ever condone rape,” she said.

The league came under withering criticism from the Sonke Gender Justice Network for supporting Zuma. Speaking to iMaverick, Sisonke Msimang, the chairwoman of SGJN, said  the acquittal of Zuma was never the point of their criticism.

“Many of us were appalled at how the woman who accused Zuma was being treated,” Msimang said. “The point was that the ANCWL backed Zuma at a time when he and his supporters made the most appalling comments, which reinforced every stereotype about women who complain about gender-based violence.”

Msimang also criticised the Women’s League for its failure to condemn the appointment of Mogoeng Mogoeng as the chief justice of the Constitutional Court. She described some of his judgments as “deeply sexist”.

However, the ANCWL has turned a corner, and Msimang said she wants to view recent events as an indication that the league is returning to its roots of championing women’s rights.

On 17 February, the league organised a march at the Bree Street Taxi Rank in downtown Johannesburg. The marchers wore mini-skirts to protest the harassment of two women by a crowd of men at the same taxi rank. The two women were targeted for wearing mini-skirts.

“Coming on the back of the Bree Street response, I hope that this statement is a sign that the league is waking up,” Msimang said. “I want to look at this as an indication that it wants to return to its role as a voice for women’s rights.” DM