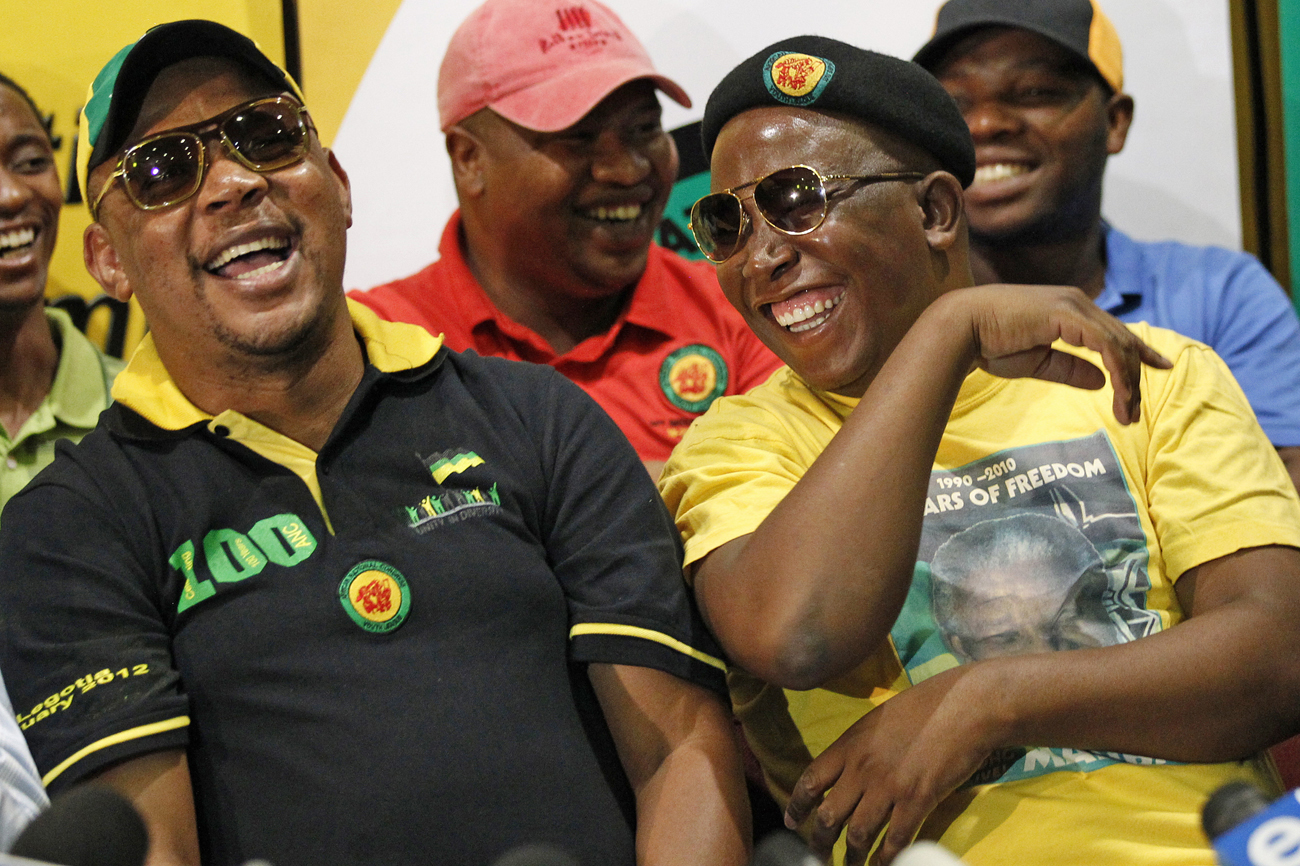 Is the ongoing Luthuli House fracas a fight between the ANC Youth League and the ANC, or is it just a small faction, with everything to lose, using the name of the league and its current leader to cling on to power? By SIPHO HLONGWANE.

The entire saga has raised some burning questions about the ANC’s own ability to keep members on the straight and narrow. Questions will have been asked around the country about the amount of influence or power the ANC exerts over the league. ANC president Jacob Zuma and secretary-general Gwede Mantashe have both said the league is subservient to the ANC, but what does that mean when the young lions refuse to obey direct orders from above? Imagine being an ordinary ANC or youth league member and having to ponder these issues?

At the beginning of April, the ANC’s national disciplinary committee decided to press new charges against Malema and, unlike previous instances where this happened, they decided  he should be immediately suspended, pending the outcomes of a new disciplinary hearing. Bear in mind that Malema is busy appealing his expulsion from the party.

The ANCYL national executive committee met on Sunday to decide on a way forward. The response was almost reliably unsurprising: they’ve chosen to ignore the directive from the ANC NEC  and have said that Malema will continue to be the ANCYL president.

“The previous ordinary meeting of the ANC YL National Executive Committee meeting gave us a mandate to protect and defend the autonomy of the ANC YL by not agreeing with the removal or release of any of the elected leaders of the ANC Youth League until 2014, and we are guided by that resolution,” the league said.

Put simply, the league refused to comply with the statement because of a technicality, and even if that excuse hadn’t been available they would have disobeyed the order anyway.

But is it fair to the hundreds of thousands of ordinary ANCYL members to say that the fight to save Malema’s career has their fullest backing? While it can be argued that Malema enjoys plenty of support from within the league, it could also be argued that we’re actually witnessing a fight between a small group in the ANCYL that is beholden to Malema. If Malema hasn’t completely co-opted the league, he’s done a brilliant job of suppressing dissent.

Malema’s election as ANCYL president in 2008 was marred by ugly incidents at the elective conference. The registration of delegates delayed the entire process. It was a trick that would be repeated many times over in different parts of the ANC.

Now that he was in power, Malema would make sure that he would never again have to contest an election so narrowly (he only got 52% in 2008) by always using rough tactics against his opponents from within. He made sure that his deputy, Andile Lungisa, couldn’t gain any traction against him by humiliating him at the league’s national general council meeting in 2010.

In the middle of 2011, when Malema ran for a second term as ANCYL president, his opponent, Lebogang Maile, pulled out of the race before the election to allow Malema to run uncontested. I was there that day, and it was clear that Maile had been frightened into not running.

Malema’s greatest display of tactics when dealing with opponents was his fight with Lehlogonolo Masoga, the league’s chairman in Limpopo who was expelled by the ANCYL’s NEC after he attempted to defy Malema by holding a conference outside his sphere of control. This was after Masoga had been kicked out of a conference by the police, ostensibly after an unkind word from Malema. The ANC national officials had attempted to intervene in the situation by brokering a deal between Masoga and Malema, but that was thrust aside by the expulsion decision.

To those who have remained faithful to Malema, life has been good. The National Youth Development Agency (NYDA) has functioned as a grotesque shrine to the ANCYL’s appetite for tenders, and its board and executive committee have been packed with the faithful. Lungisa is the chairman, a hangover from the days when he and Malema were buddies. CEO Steven Ngobeni was the deputy secretary-general in Malema’s first term. ANCYL spokesperson Magdalene Moonsamy is the current chief operating officer of the agency.

The NYDA orchestrated one of the most pointless wastes of R106 million when it hosted a youth festival. Most of the tenders went to relatives and associates of the ANCYL leadership.

It is no surprise then that the current NEC of the ANCYL has fallen in with Malema and his fight for political survival. They were handpicked at the last conference and are beholden to him in one way or another. Even so, there are signs that the inevitable revolt against a weakened Malema is beginning. There are persistent rumours of a power struggle between treasurer Pule Mabe and the deputy president, Ronald Lamola. That’s unthinkable unless they’re already thinking of a league without the man who has shaped it to his own image for the last four years.

If the ANC’s project of reining in the Youth League is to be successful, the mothership will have to seriously consider conducting a rehabilitation of an organisation that has been run through brute force and fear for four years. The current troubles stem from a single group within a very large organisation. We’d do well to be cognisant of that. DM