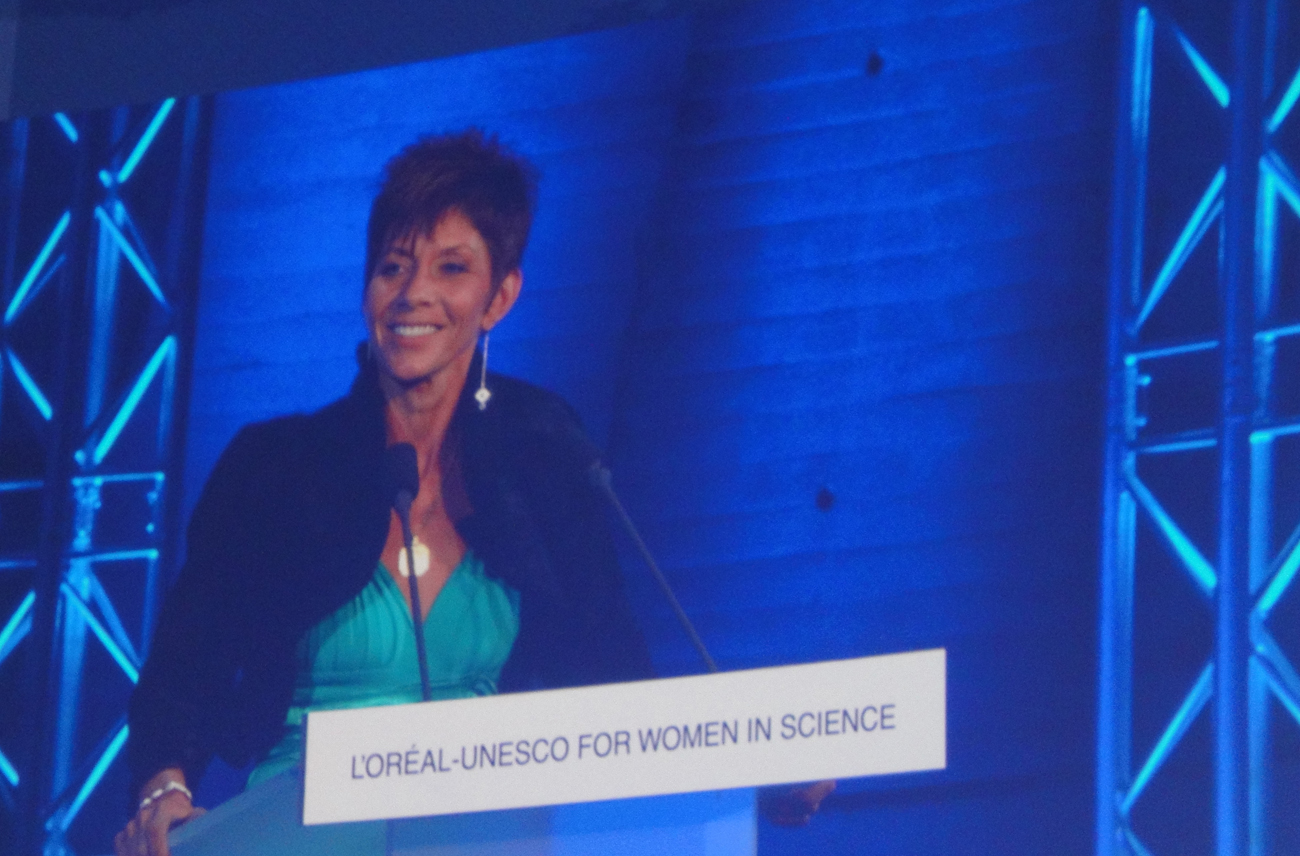 Professor Jill Farrant has just been awarded one of the most prestigious prizes in international science. Her work deals with plants you probably haven’t heard of, but they could be the key to preventing famine in Africa. By REBECCA DAVIS.

On the surface, Jill Farrant looks more rock’n roll than science. Farrant swaps the cliché of the lab-coated egghead with oversized glasses for short spikey hair, one dangling feather earring, ripped jeans and a mischievous grin. But when it comes to academic chops, Farrant is intellectual steel. She’s just back from Paris, where she received a L’Oreal-Unesco Women in Science Award.

By some estimations, this is just one tier below the Nobel. Each year an international network of scientists makes nominations of deserving female scientists and a panel, chaired by 1999 Nobel medicine prize-winner Gunther Blobel, decides who are the five winners (or Laureates, as they are known). Farrant scooped this year’s prize for the “Africa and Arab States” region.

She picks up a plant sprig and waves it at me.

It’s dry, brittle and brown. It looks dead, which is exactly what Farrant assumed as a child when she came across this plant on a rock on her family’s farm. But returning to the same spot a few days later, she noticed that after some rainfall the plant had been restored to life. Her nine-year-old’s diary still records the incident: “The ded [sic] plant on the rocks was alive but Dad wouldn’t believe me.”

Dad was wrong. Welcome to “resurrection plants”. The desiccated plant sprig Farrant waves in front of me will be green again in 24 hours, if it’s exposed to water.

She shows me a video she likes to play to students in the University of Cape Town’s department of molecular and cell biology. It’s a time-lapse portrayal of these seemingly dead plants replenishing themselves, and she’s set it to the soundtrack of the Bodyrockers’ hit I Like The Way You Move. It looks like footage of a plant dying, played backwards, but it’s not. The plants are simply coming to life again.

“How the fuck do they do that?” Farrant asks, clearly still awed by a process she’s watched at least a thousand times. It’s a rhetorical question, because she’s one of the only people in the world who knows the answer: she’s been studying these plants, and mapping their genes in the hope of eventually replicating them, for 15 years.

The resurrection plants can lose 95% of their water and survive. For how long? Farrant’s not sure yet, but there’s some she’s been working with since the presidential inauguration of Nelson Mandela, and they’re doing fine.

Think of seeds, Farrant says, which can be kept in cupboards for half a century and still produce life when tended to. These plants are like big seeds. There are 350 species of them, but they’re hard to find because they generally appear on rocks.

By the time Farrant came to study them professionally, their existence had been noted in one book published a year after the 9 year-old Farrant made her discovery on the rock. But nobody had yet realised their true significance.

Despite Farrant’s early encounter with the plants, she hadn’t planned to build an academic life around them. Upon leaving school she was initially attracted to medicine but then decided marine biology was a better fit. Today, of course, her work still has everything to do with water, but not in a way she could ever have contemplated at the time.

Increasingly, parts of Africa dol not have enough water to grow crops. Herein lies the fascinating potential of Farrant’s research: the possibility that she might be able to produce a crop which operates in the same drought-resistant way as the resurrection plants. This could be a game-changer when it comes to African food security and staving off future famines. It is this aspect that was recognised by the L’Oreal-Unesco awards.

Farrant is no stranger to academic honours – her study is full of trophies, plaques and medals, including the top science award from the Department of Science and Technology. She was also the first women in Life Sciences at UCT to be granted the coveted academic A-rating, which acknowledges academics who are “unequivocally recognised by their peers as leading international scholars in their field”.

She is reasonably upbeat about the state of academic research in South Africa. “We have excellent people, it’s just about a lack of funding. Of course, this is a worldwide phenomenon, but we in developing countries have it worst. It’s much harder to find money for blue-skies research with no guaranteed outcomes.” But, she points out, South Africa has been responsible for significant scientific breakthroughs before, and no doubt will be in future.

The L’Oreal-Unesco awards are aimed specifically at fostering the participation of women in science. Does Farrant have any particular women scientist she holds as an inspiration?

“The previous winners of this award,” she says. “And my PhD supervisor, who supervised me alongside her husband, whose contribution was equally valuable. But she was tough. When I cried, she would take out a ruler, hit me and say: iron women don’t cry.”

Media articles about Farrant since her award have seized upon a miraculous dimension to her personal story: three years ago, she had a traumatic brain injury and almost lost her life. It’s hard to avoid the language of resurrection to report that she made a full recovery – except that she lost her sense of taste and smell.

Farrant is sanguine. “If you had to lose one sense, much better it be taste and smell than something like hearing.” She says the major impact it has had on her life is that she eats more healthily now, and only according to her needs. She tries to add texture to her food as much as possible to make it more interesting.

The sense loss almost had one dangerous consequence, though: a few years ago someone served Farrant a vodka and orange juice that she thought contained only the latter. This matters because Farrant is a recovering alcoholic, something she is extremely open about. “I am happy to be public about it in order to show what someone in recovery can achieve,” she says. “If I can reach other people who need help, that’s worth it.” Fortunately, the vodka mishap didn’t derail her.

In the official video released by the L’Oreal-Unesco awards profiling Farrant, she mentions God. Is she religious? “Yes,” she says.

Doesn’t she see any conflict between being religious and being a scientist? “I think science is more and more proving the existence of God,” says Farrant. “I used to be an agnostic, but the more time I have spent working on the complexity of the DNA code, the more convinced I have become that this could not possibly happen by chance.”

That sounds a lot like an argument in favour of intelligent design. It is. “I believe in evolution, but I believe that God created things with enough plasticity to evolve,” she says.

Farrant is not troubled by Richard Dawkins. “My faith is personal,” she says. “And it’s not the case that all scientists are atheists or agnostics. A 1906 poll found that 40% of scientists believe in God. And the most recent polls currently find that that figure hasn’t changed.”

It’s hard not to wonder whether all this work on plants rising, Lazarus-style, from the grave hasn’t influenced her religious thinking somewhat. But back to those plants – how far off are we from the Holy Grail, the drought-resistant crop?

“That’s the million-dollar question,” she laughs. “With current funding, if it progresses along current time frames, maybe 15 years.”

When it happens, expect the Nobel committee to be knocking on Jill Farrant’s door. DM