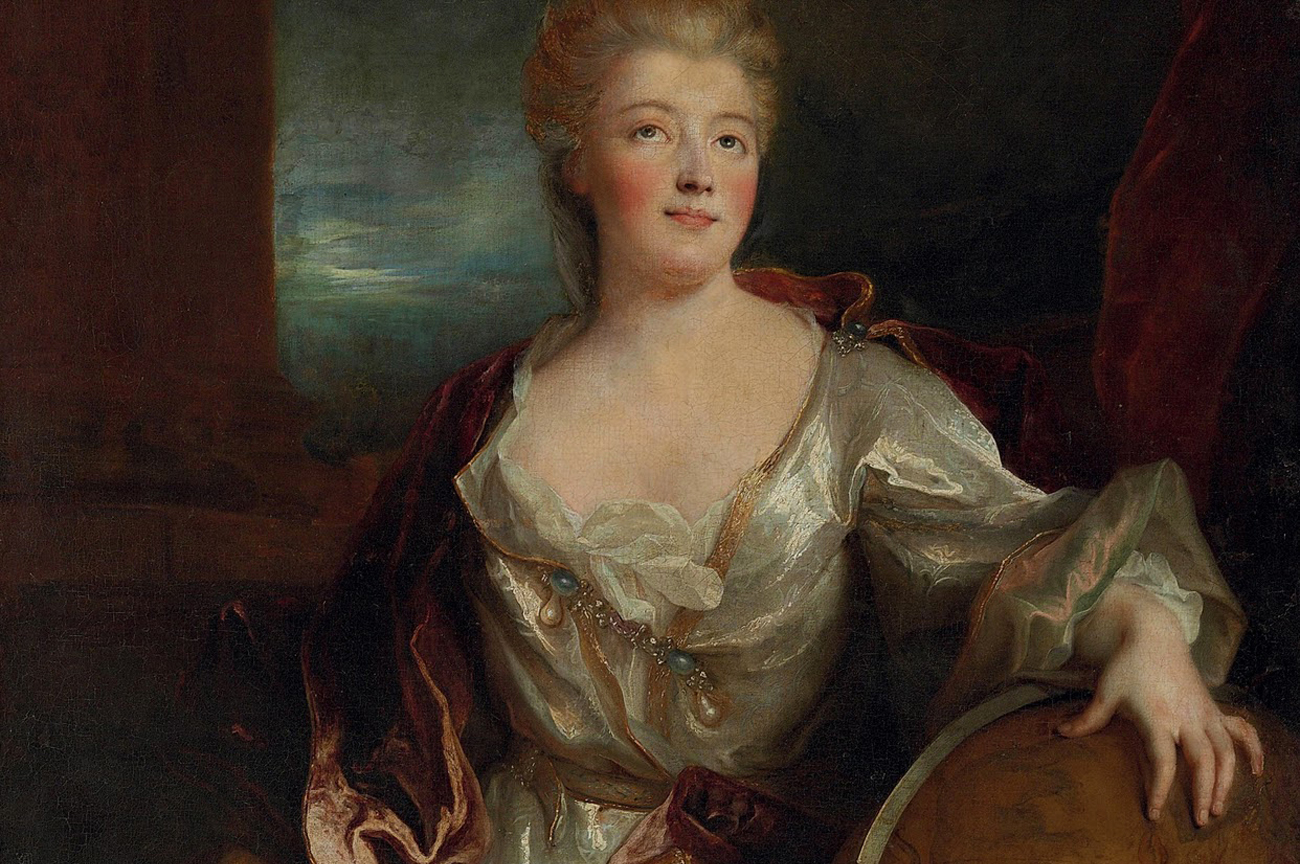 émilie du Châtelet could possibly be one of the greatest female intellectuals, mathematicians and thinkers in history, but the love of Voltaire’s life who contributed significantly to the Enlightenment all but vanished from the history books. That is until science author David Bodanis stumbled across her and decided to ensure she wouldn’t be forgotten. By MANDY DE WAAL.

“Why did you only reach me so late? What happened to my life before? I’d hunted for love, but found only mirages.”

Voltaire, one of the greatest writers and philosophers to come out of France, wrote these lines for Émilie du Châtelet when he was in his late forties. Much younger than him, Du Châtelet was a spirited woman with extraordinary intelligence.

One of her greatest accomplishments was the translation of Newton’s Philosophiæ Naturalis Principia Mathematica (Mathematical Principles of Natural Philosophy). The achievement is remarkable when one realises that she made what is considered one of the greatest texts in the history of science accessible and that, three and a half centuries after it was originally published, it still remains the standard French translation.

Besides being one of Newton’s greatest interpreters, Du Châtelet’s work on the nature of light predicted infrared light and advanced the thinking on kinetic energy. Despite this, Du Châtelet (born in Paris 17 December 1706) was written out of history and could have been forgotten if it wasn’t for David Bodanis, who sought to reinstate her place in history.

“I have the idea that you can go back in time and redeem someone. That you can go back in later centuries and make their lives worthwhile,” says Bodanis, author of Passionate Minds: The Great Enlightenment Love Affair, a book written in the form of a novel that tracks the decade-long relationship between the author of Candide and Du Châtelet.

Bodanis was doing exhaustive research for his book on Albert Einstein, E=MC² : A Biography of the World’s Most Famous Equation when he stumbled across the love of Voltaire’s life. “I was going through a library and I found an article with a footnote about Émilie du Châtelet,” he says, speaking to Daily Maverick from London. “The note said she’d played a minor role in developing the modern concept of energy, then added that she had acquired a certain notoriety in her time.”

That was more than enough to intrigue Bodanis, who’d later make his way to the science library at the University College London to burrow deep into its dark recesses to uncover the mystery that was Émilie du Châtelet. “What I discovered there – and then in other archives, as I tracked down her letters, as well as contemporary accounts of her life – astounded me,” Bodanis writes in the preface of Passionate Minds.

“For some reason I’ve always liked writing about women. I grew up with many women. I have five sisters and was an only boy in a very female family,” says the science author. “Émilie du Châtelet was very interesting. She wasn’t a great scientist like Einstein, but she was a very interesting thinker. She had to overcome quite a bit of adversity, and then later was written out of the history books,” says Bodanis, who adds that her  contribution to science was erased because it didn’t fit the narrative of how women should be seen in society.

“The script by the 1800s and continuing after that was that men were the dominant class. Men were meant to be thought of as smarter than women, stronger than women, and braver than women. People had to have some way of justifying women being at the bottom, and you found that there were significant women in the past who contributed greatly to the way people thought, but that they just didn’t fit the dominant narrative,” says Bodanis.

“Very often a society now will try to re-imagine their history to make sense of the present day, because we don’t look at history objectively. We try to make sense of it in the now. Imagine if someone in a very sexist society learns that Émilie du Châtelet was an interesting, intelligent woman. And that her female peers were equally as convincing,” says Bodanis, adding: “A child growing up in that sexist era might ask: “How come we are unfair to women now?” By putting women down or by refusing to talk about women it becomes a lot easier to be sexist in later times.”

And Du Châtelet certainly didn’t fit into the society she was born into. In a culture and time where women weren’t supposed to be schooled she became one of the most learned and revered mathematicians of the 18th century. As a sign of the times, Du Châtelet’s mother fiercely disapproved of her daughter’s intelligence, but Du Châtelet had an equally fierce champion in the form of her father and by the age of 12 was fluent in Latin, Italian, Greek and German.

“Du Châtelet’s father, luckily, doted on his sole daughter. He kept the mother from sending her off to a closed convent, as was regularly threatened; he hired tutors to teach her,” writes Bodanis in an article about this woman science forgot in the Guardian. “At Versailles, where her black curly hair and rapid-fire speech won her admirers, he merely sighed when she used her skill at mathematics to win at cards, and then used the money to buy more books, rather than more clothes.”

A woman conscious about how her sex was discriminated against during her time, Du Châtelet’s preface in her translation of Bernard Mandeville’s The Fable of the Bees contains a strong argument for equal education. “I feel the full weight of the prejudice which so universally excludes us from the sciences; it is one of the contradictions in life that has always amazed me, seeing that the law allows us to determine the fate of great nations, but that there is no place where we are trained to think,” wrote Du Châtelet.

“Why these creatures whose understanding appears in every way similar to that of men, seem to be stopped by some irresistible force, but until they do, women will have reason to protest against their education … I am convinced that many women are either unaware of their talents by reason of the fault in their education or that they bury them on account of prejudice for want of intellectual courage. My own experience confirms this,” she wrote.

In a world where woman could be whipped or beaten by their husbands without any legal recourse, Du Châtelet became, as Bodanis puts it, part of the very heart of the Enlightenment. “The eighteenth century’s leading man of reason had been bested by a woman intellectually superior to him, and it had led to their helping shape this powerful world-shifting movement,” writes Bodanis.

Though she and Voltaire had various other lovers, they always maintained their friendship. When she became pregnant she worked frantically to finish her translation of Newton’s tome, sensing that she might die during childbirth. Immediately after her (and her baby’s) death in 1749, society would conspire to disparage her achievements, and to work her out of its historic narrative. “Since her main work is so technical, the women who ran Paris’s salons had no way of understanding its importance,” says Bodanis, adding that later, when her contributions entered mainstream science, the notion that a woman had these remarkable thoughts was so alien it was more convenient to ignore her.

Thanks to the likes of Bodanis, no longer will Du Châtelet’s life or contributions to science, the Enlightenment or the world be ignored. DM