His back to the wall, Malema's down to primal instincts...

His back to the wall, Malema’s down to primal instincts – fight or flight 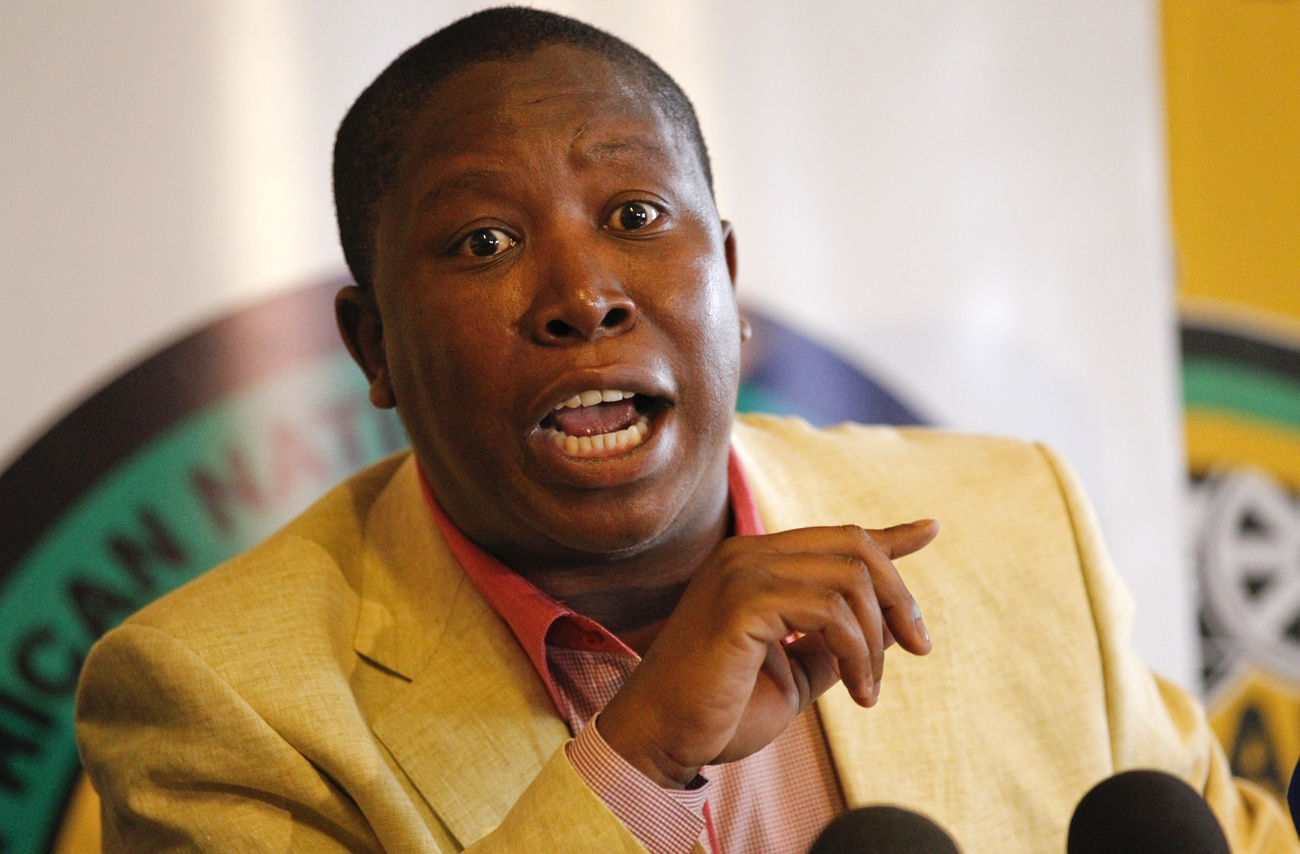 This Easter weekend was the eye of the storm in the latest Julius Malema hurricane. The next few days should reveal where all the smashed-up barns and tractors will land this time, and how the next chapter of South Africa’s political history will be written. Should it go ahead, today’s meeting of the ANC Youth League is the first event to watch. ALEX ELISEEV explains.

Having remained virtually silent since Julius Malema’s new suspension, the ANC Youth League is expected to meet today to discuss how to handle what his lawyer’s have described as an “apartheid-era banning order”.

The main question its leaders will need to resolve and hopefully tell to the rest of us, is whether they will respect the strict terms of the suspension.

Malema has effectively been told to hand over his gun and badge and to stop doing any duty that relates to the ANC. He’s also barred from attending or addressing any official meeting or even speaking in public about the ruling party. This means he can’t – which doesn’t necessarily mean he won’t – attend the very meeting which will determine his future as league president.

So the first thing to watch today will be whether he arrives at the gathering, which would prove a defiant step with no clear consequences. The ANCYL is, of course, already on record declaring that none of its leaders will be removed by anyone outside the league. But while Malema’s previous disciplinary hearings have been tied up in impossibly complex appeals, with him being allowed to stay on as captain of the ship, this new one is immediate and leaves much less – if any – wriggle room.

In fact, the ANC’s national disciplinary committee has made it clear the suspension cannot be appealed. The only internal step left for Malema is to approach an appeals committee to ask it to lift the suspension. To this he will receive a “yes” or “no” answer, with no “okay, maybe” option. After that, Malema will have to decide whether to deliver on his threat of turning to the courts.

By Friday, it seemed while a lot of plotting would have to be done over the weekend, on the legal front, things were on hold until at least today. The outcome of the youth league’s NEC meeting should determine the strategy Malema and his lawyers will take. It seems likely they will approach the appeals committee to try to exhaust all internal avenues before taking the next step.

If you’re inspired by the vivid metaphor, think about Malema’s decision on whether to toe the line or defy the new suspension (by taking part in today’s meeting) as him standing on the edge of a stage, deciding whether or not to stage-dive.

Sure he’s destroyed a few guitars, puked on stage, pulled down his leather pants (no, sorry, those were his supporters) and maybe even insulted the country’s president – but that’s rock ‘n roll and no one can deny Malema the status of rock star. But now the game has changed. Now he doesn’t know whether the hands he’s counting on will catch him (yesterday, newspaper reports already spoke of a “palace revolt” within the league’s leadership). He doesn’t know where he will land up after the brave act of jumping into the beer-smelling darkness. He doesn’t know what life will be like should the hearing on Thursday uphold his expulsion, or what the knock-on effects will be of the “we are united” media briefing held by the top six. He doesn’t know what it means to take on the ANC in court, especially as a lone ranger (or, as he was described in an analysis piece last week, as “toxic material”). In other words, it’s time to put down the microphone and try for a moment of clarity and deep introspection.

But if one looks at how quickly Malema sent an ultimatum letter to the NDC and how he spent the weekend, it seems unlikely he will back away. Already, he has visited some churches to get some “spiritual healing” and to release the pressure being caused by that suffocating gag around his mouth.

“I will never be silenced,” he’s been quoted as saying. “There is nobody who has a right to silence me. Those that used to be our friends have turned against us. They have not only turned against us, but plan our death. You have an obligation, bishop, that what they plan for does not succeed.”

In an interview with Esquire, American hero astronaut and pilot Mark Kelly once explained that when landing on an aircraft carrier’s deck, the pilot has to perform the most counter-intuitive act imaginable: hit the throttle. This is because if something goes wrong, the jet will have enough power to take off again. The point he was making was that sometimes the best way out of a bad situation is to hit the gas.

And that’s exactly what Malema may chose to do. Knowing, as Mondli Makhanya pointed out on Sunday, that you “cannot kill a dead man”. Should this happen, it will be important to see how the ANC’s NDC handles the defiance. What does the party’s constitution say about someone who break the rules of such a powerful and urgent suspension? Was it designed to handle someone who smashes as many guitars as Malema? And in real terms, what more can be done?

It seems almost inevitable Malema’s expulsion will be upheld and his latest suspension (if not made null and void) can always serve as another nail in his political coffin. It is the next phase that will take us all into uncharted waters and into – as political analyst Aubrey Matshiqi has already warned – a possible escalating of tensions between the ANC and its own youth league.

The first push of the boat will come once the ANCYL meets to decides its next step. There is no official confirmation of the meeting, but its outcome should make it clear whether the league will allow Malema to step aside, or if it plans to hit the gas. DM