Toyota Innova: All the frills, without the thrills

Toyota Innova: All the frills, without the thrills 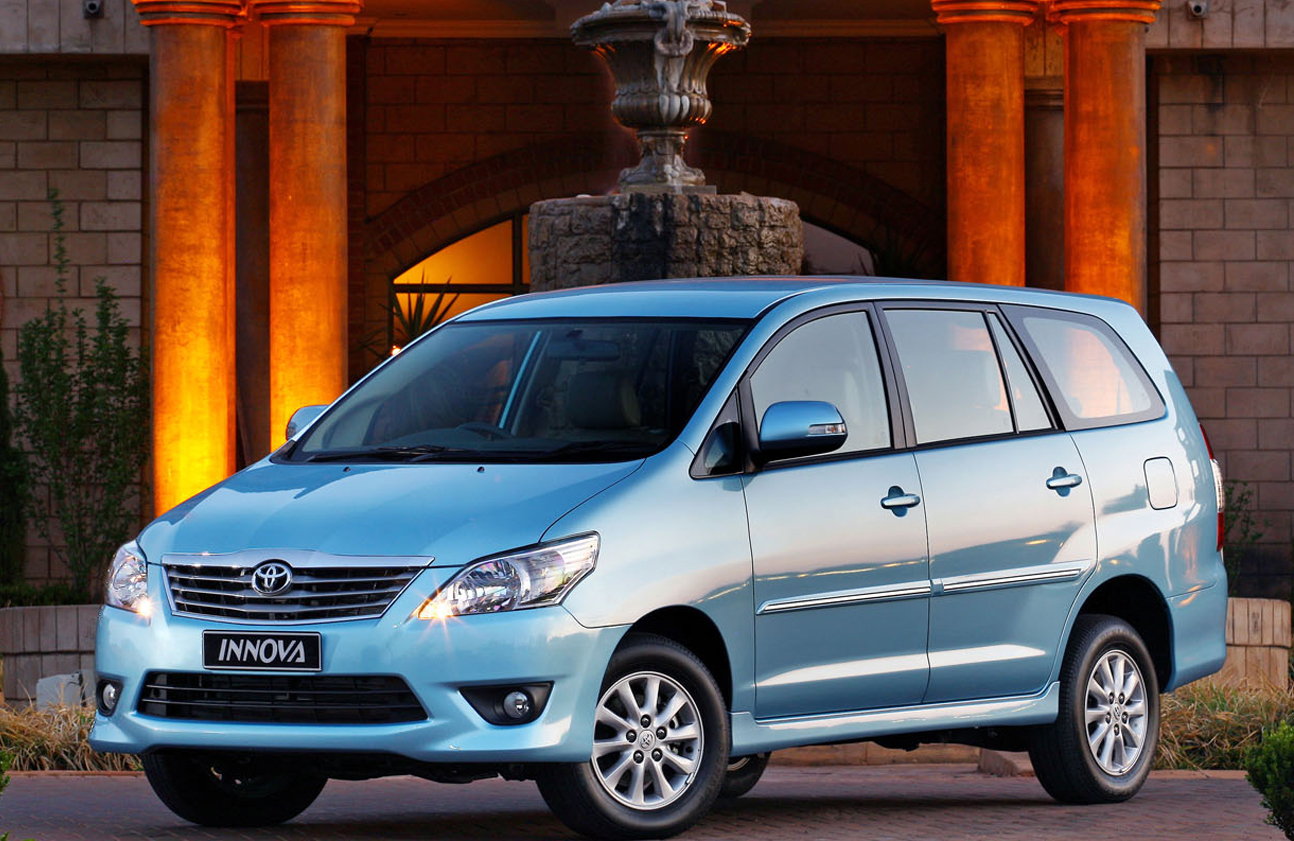 Toyota’s Innova is what many would consider the perfect vehicle for South African families: spacious, rugged and versatile, with bullet-proof underpinnings promising that legendary Toyota reliability. There’s lots of nice kit, too. However, local car buyers are a discerning bunch. DEON SCHOEMAN reckons this Jane might be too plain for some.

The new Toyota Innova’s nameplate may suggest a vehicle steeped in innovation and breaking new automotive ground. But that’s hardly the case. Instead, the Innova does exactly what you’d expect of it and continues Toyota’s tradition of a good, solid motoring package. Is that enough to attract local car buyers?

MPVs are second only to SUVs as far as favourite family vehicles are concerned and it’s easy to understand why – they promise levels of space and versatility that normal sedans and hatchbacks cannot match.

The Innova seeks to provide maximum space, accommodation and comfort at a reasonable price. In other words, its objective is to fulfil a very real motoring need in the South African motoring context.

Think of the Toyota Innova as a supersized Avanza, and you’ll get the general idea. While the Avanza is a compact and boxy MPV, the Innova is a large and boxy multi-purpose vehicle with a long wheelbase, an extended roofline and large glass apertures – all perched on 15-inch wheels that look too small and too skinny. If that sounds ungainly rather than handsome, it is. But then, the Innova’s focus is on practical rather than aesthetic appeal.

From the front, the styling is instantly recognisable and boldly Toyota. The slatted trapezoidal grille is framed by large headlight clusters that wrap around the edges and include the indicators. Integrated fog lights are standard and there’s lots of brightwork. In profile, the elongated shape and extended roofline are the most obvious traits, with sculpted wheel arches providing some visual relief from the mostly slab-surfaced flanks. The wheels are alloy on this seven-seater top model.

Overall, the approach is more pragmatic than pretty – a theme that’s carried over to the interior.

Large and spacious, the cabin is what the Innova is really all about. Depending on model, it’s offered in two versions: an eight-seater base variant, and the one under scrutiny here: a more luxurious six-seater with two individual seats in the second row, instead of a bench seat and plush leather upholstery. Standard equipment levels are comprehensive.

Indeed, Toyota has packed the Innova with every conceivable standard feature in its quest to express value.

The leather upholstery looks luxurious enough, but that creamy colour is hardly practical and is likely to show scuffs and stains all too easily. Something more hard-wearing, or leather in a darker finish, would have been a better bet.

In practical terms, families will probably prefer the eight-seater, with its middle bench seats, rather than the two captain chairs. And the fold-up third row remains awkward to operate and prone to rattles. Split 60:40, the two parts fold up sideways and are suspended by straps, but even in that position, they occupy a fair amount of space, while also encroaching on the rearmost side windows.

Folded down and clicked into place, the bench seat offers surprisingly viable seating, even for adults. But the downside is that luggage space is severely compromised. In other words, with seven on board, you’d better dust off that Venter trailer.

The standard features list includes remote central locking, electric windows, air-conditioning with overhead vents for rear occupants, a multi-information display for the trip computer and a decent sound system with MP3, USB and iPod connectivity. Bluetooth is standard too and there’s a multifunction steering wheel.

Frankly, we could have done with less brightwork, especially since most of it is plastic, rather than metal. And the fake wood trim simply doesn’t suit a practical family MPV – although, of course, that’s a matter of taste. Photo: Large and spacious, the cabin is what the Innova is really all about.

Because there’s a fair amount of sheet metal and cargo to propel here, the Innova is fitted with a 2.7-litre four-cylinder engine with twin cams, 16 valves and variable valve timing. Maximum power is rated at 118kW, linked to 241Nm of torque. That urge is transferred to the rear wheels via a five-speed manual gearbox.

It’s not the most refined of units, but it does provide decent low-down grunt, while the gear ratios have been selected to ensure tractability and response. Besides, it’s been a member of Toyota’s Hilux engine line-up for some time, which means it comes with impressive reliability credentials.

Fuel consumption varies, depending on the load being carried and the enthusiasm of the driver. Toyota’s claimed average of 11.2 l/100km isn’t far off the mark, though, rising to around 13-litres in town, and dropping to the mid-eights at constant highway speeds.

Servicing is at 15,000km intervals, and the Innova comes with five-year/90,000km service plan, which will go some way to contain ownership costs. The standard three-year/100,000km warranty is also included.

Given its bulk, and a kerb weight in the region of 1.7tons, the Innova feels quite sprightly on the move. Toyota offers only limited performance data, but expect the people carrier to progress from zero to 100km/h in about 15sec, while the factory figures claim a 180km/h top speed.

The latter sounds a little optimistic in real-world terms: 165km/h is a more likely figure, although such musings are purely academic, given our national limit. And besides, with family and luggage on board, who wants to rush along at that speed?

As one would expect, the driving experience is almost utilitarian, thanks to the raised ride height and the sheer size of the Innova. That said, visibility from the driver’s seat is good in all directions and the steering is light enough to make parking lot manoeuvres a breeze.

To its credit, the Innova never feels awkward or cumbersome, even in urban environments. The controls are light, the brakes positive and, as mentioned, the Toyota responds eagerly to throttle input.

Considering that it shares a chassis with the Hilux and the Fortuner, the Innova never feels agricultural, thanks in part to its dual wishbone front and four-link rear suspension. That configuration allows for a smooth and poised ride, although there’s enough composure and tautness to suggest the Innova won’t be intimidated by the weight of a full passenger complement – despite the inevitably elevated centre of gravity.

The Toyota Innova trades on its space, versatility and good spec levels. While the six-seater is the plusher option, the seven-seater makes more sense and is cheaper too, boosting overall value for money. It’s not going to win any prizes for aesthetics and it could pay more attention to safety, but as a solid and reliable people mover for reasonable money, the Innova ticks most of the boxes. DM

Photo: It’s not pretty, but it is useful – the Toyota Innova.