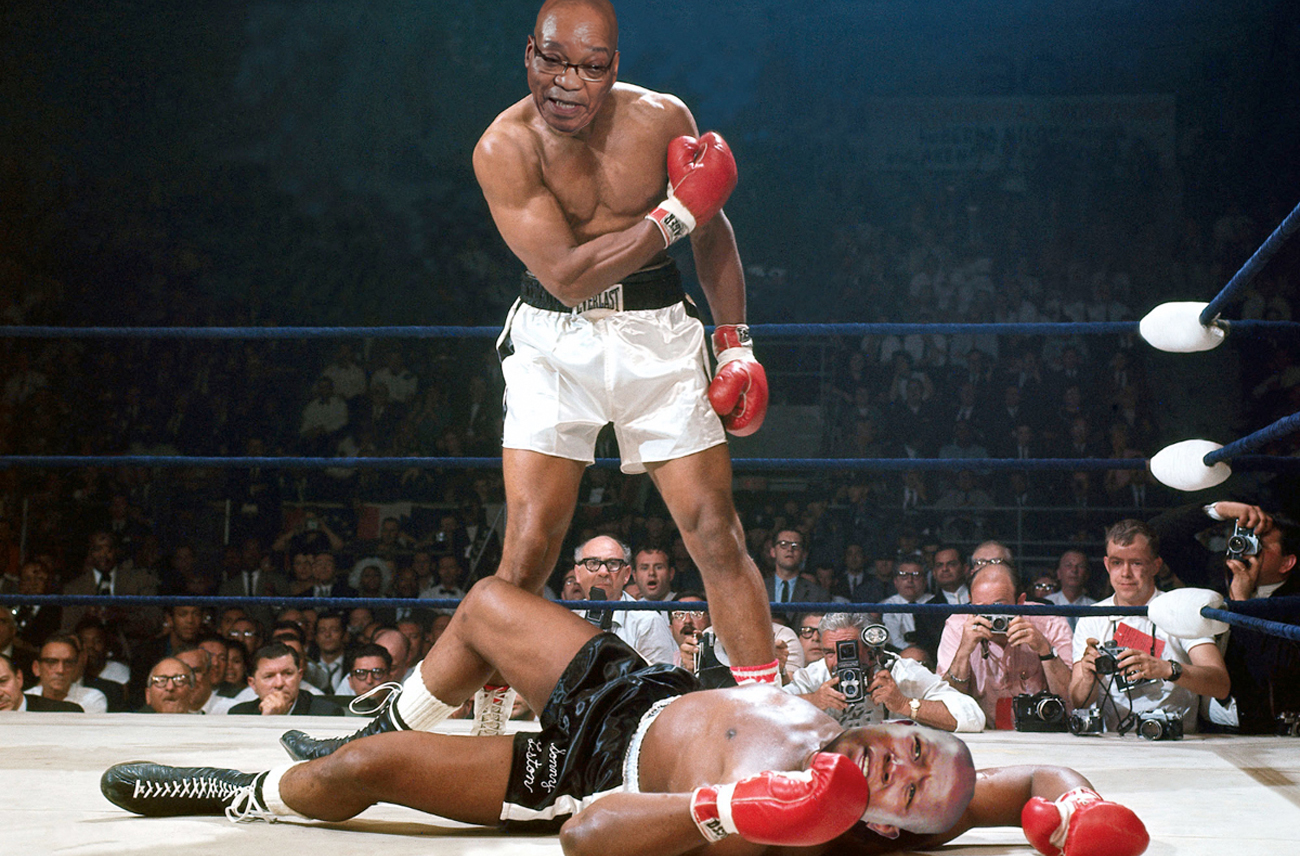 The national disciplinary committee summarily suspended ANCYL president Julius Malema on Monday for calling Jacob Zuma a dictator, while his expulsion hearing is still ongoing. We can pretty much close the coffin on Juju, for now. By SIPHO HLONGWANE.

Julius Malema is down and out. The ANC has delivered the final, crippling blow by summarily suspending him while his expulsion hearing is ongoing. In a statement released by its chairman Derek Hanekom, the national disciplinary committee of the ANC, said the comments made by Malema at the University of Witwatersrand had prompted the action.

“At a meeting on 2 April 2012, the NDC decided to suspend comrade Julius Malema’s membership of the ANC with immediate effect in accordance with the provisions of Rule 25.12 (c) of the ANC Constitution,” Hanekom said in his statement.

This is Malema’s third suspension from the ANC. In March 2010, he entered into a plea bargain to have his suspension suspended for two years. That particular hearing was triggered by Malema’s unfavourable comparison of Zuma to his predecessor, Thabo Mbeki.

Then in November 2011, Malema found himself facing the same disciplinary committee, this time for calling for revolution in Botswana, and once again comparing the present ANC president to his predecessor. The 2010 suspension was meant to kick in immediately, while he was in the process of appealing his new one. Except that Malema provoked the ANC even further by disrespecting the national disciplinary committee of appeals and the NEC, which meant that his sentence was aggravated to an expulsion.

Hanekom said Malema’s latest suspension wasn’t connected to the one he was appealing before he was expelled. In fact, the suspension is immediate action pending an entirely new disciplinary hearing. “In keeping with the principle and spirit of natural justice and to remove any semblance and perception of bias, the members of the NDC who participated in this decision to institute disciplinary action against comrade Malema will recuse themselves and not participate or adjudicate in the pending disciplinary action against him,” the NDC said.

This raises the rather interesting question of whether the ANC can discipline an expelled member. But this issue is moot if you consider that the point of summary action against Malema is to shut him up until he is expelled.

The last point is the most crucial one – not only can he no longer try to lobby branches and leagues to overturn the decisions against him at Mangaung, he can’t even use his second-largest platform, the media, to continue his survival campaign.

This decision also means that Malema is toxic material for anyone who tries to use him to unseat Zuma. Certain members of the ANC Youth League had started to openly campaign for Motlanthe to become ANC president in December, and ANC treasurer general Mathews Phosa appeared on stage with Malema several times in the last few months. Just a day before the new suspension was publicly announced, Motlanthe and Phosa stood up in Zuma’s presence to declare that the ANC was united [code for “Zuma is boss” – Ed] and that there were no divisions in the Top Six. Intriguingly, the decision to suspend Malema was made before the press conference was even announced. The men sat there and couldn’t say a word about it. Well played, Zuma. Well played indeed.

Fikile Mbalula is also stuck now. He’s been using Malema to try to become secretary general at Mangaung. So it is not only Malema who is lying on the floor after Zuma’s KO, Mbalula is as well.

NDCA chairman Cyril Ramaphosa said Malema would be informed of the outcome of the hearing on 12 April. Malema can’t say a word till then. There’s no way he’s going to overturn the expulsion now. After that – he’ll be finished. How can he campaign to have his expulsion overturned when he won’t be able to lobby from within? The man is nothing without the ANC. DM