Is Al Shabaab cracking under the pressure? 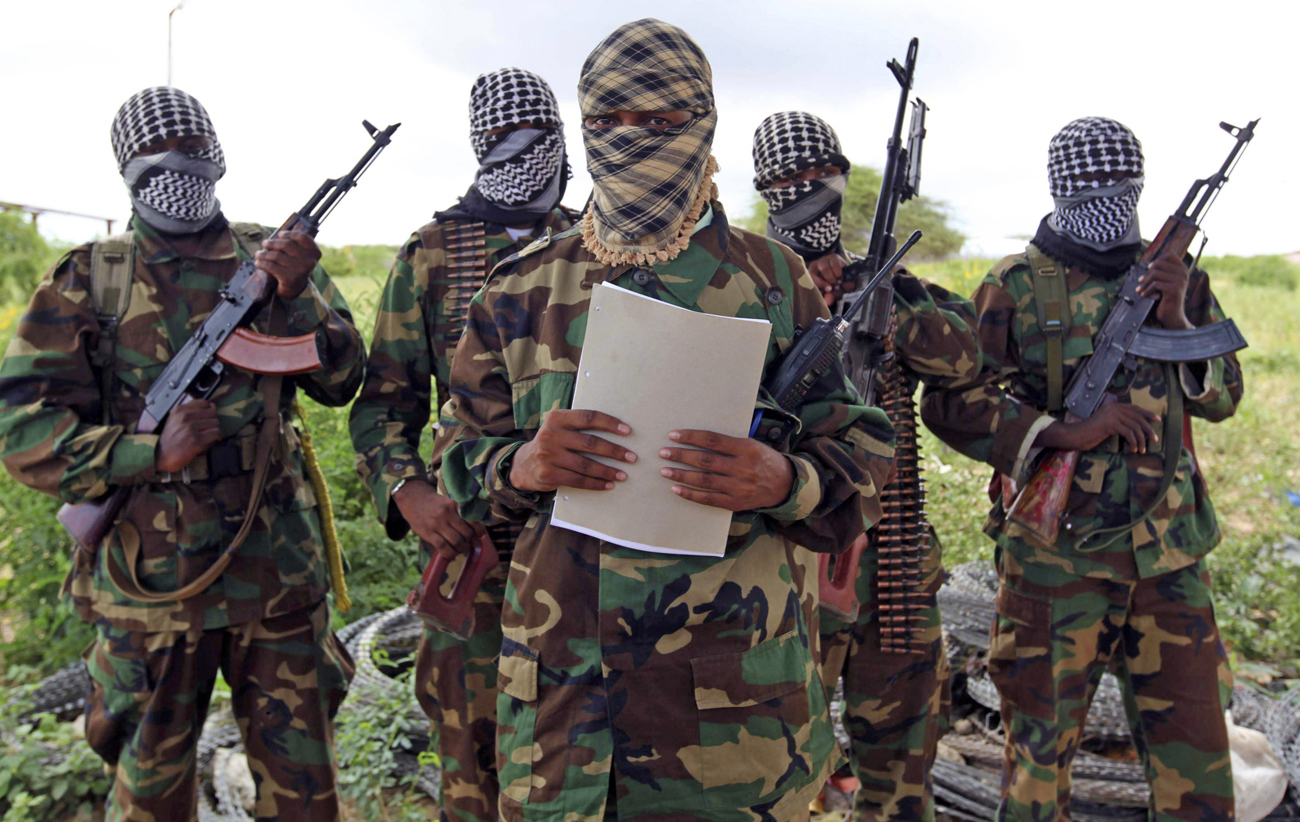 Al Shabaab has never been the united, cohesive movement it likes to portray. Divisions exist between the ideologues and the pragmatists, the radicals and the even more radical, the jihadis and the freedom fighters. It has done a pretty good job of managing these – until a top cleric exposed the cracks for the world to exploit. By SIMON ALLISON.

A fault line runs through Al Shabaab. It’s well-understood, but rarely acknowledged by the Islamist militant group that still controls most of southern Somalia in the face of the slow but inexorable advances of the African coalition.

Ethiopia, Kenya and the African Union Mission in Somalia (Amisom) have all made impressive gains in recent weeks, ratcheting up the pressure on Al Shabaab. And as they’ve advanced, this fault line has slowly deepened, until a leading Al Shabaab cleric this weekend cracked it wide open. The unprecedented outburst from Sheikh Hassan Dahir Aweys might just mark where the previously unified movement began to unravel.

“Wake up and open your eyes,” Aweys said on a public radio station. He said Al Shabaab claimed to speak for all Muslims when even in alliance with al Qaeda it represented just “a fraction” of Muslims in the world. Al Shabaab’s use of violence and oppression to ensure obedience was a tactic Aweys described as mirroring the treatment meted out by hated dictator Siad Barre.  And, he questioned, Al Shabaab’s refusal to countenance other Somali groups with similar objectives and its claim on a monopoly on jihad.

Aweys is no ordinary cleric, which makes his outburst all the more explosive. Considered by many to be Al Shabaab’s spiritual leader, he is a behemoth of the Somali Islamist movement, and was at one stage head of the Islamic Courts Union which governed Somalia before being displaced by the 2006 Ethiopian invasion. From the ashes of the Islamic Courts Union arose Al Shabaab, which initially did not include Aweys, who instead tried to launch a couple of armed Islamist opposition movements.

But after his Hizbul Islam militia lost a turf war with Al Shabaab in 2010, Aweys did the obvious thing and merged his militia with Al Shabaab, strengthening both their hands. Although the mechanics of the leadership of Al Shabaab is a little murky, it’s obvious Aweys is one of the most important men in the group. So why is he launching broadsides at his own movement?

The answer to this lies somewhere in that fault line. As much as they’d like to portray themselves as an ideologically unified movement, Al Shabaab is not. Broadly speaking there are two strands to the group, and they don’t always see eye to eye. Most obviously, there’s the strongly Islamist element, whose primary motivation is to impose Sharia law in Somalia. Seeing themselves as Muslims first and Somalis second, they cultivate strong links with international Islamist groups, most prominently Al Shabaab. Chief of this faction is Ahmed Abdi Godane, who also goes by the pseudonym Mukhtar Abu Zubeyr. He’s angling to be al Qaeda’s main man in East Africa and was behind the Al Shabaab-al Qaeda merger last month.

The other faction is more nationalist: they are Somalis first, Islamists second. They’re fighting against foreign occupation of their country, seeing the transitional federal government in Mogadishu as mere puppets with themselves as freedom fighters rather than jihadis. Most prominent in this group is Sheikh Mukhtar Robow Abu Mansour, important because it is his militia that constitutes a large part of Al Shabaab’s fighting force. With him is Sheikh Aweys. His outburst makes sense when you realise it was directed not at Al Shabaab in its entirety, but at the other faction within the movement.

These differences were of little relevance while everything was going well and everyone shared the same end goal – ruling over as much of Somalia as possible. But as troops from Ethiopia, Kenya and Amisom have started to squeeze Al Shabaab out of some of its strongholds, decisions have become a bit more difficult, and the differences between the two factions more apparent.

Most controversially, as Al Jazeera journalist Abdi Aynte reports: “In recent months, Aweys and Robow have been sending signals that suggest, with the right conditions, they are willing to open a dialogue with the TFG and the international community. Their main demands are the withdrawal of Amisom troops, imposition of Sharia as the law of the land and a comprehensive amnesty scheme that would include the removal of their names from the US and UN terror lists. They’ve also hinted that they don’t oppose replacing Amisom troops with peacekeepers from Muslim countries.”

Obviously, negotiations were never going to go down well with Godane and his fellow hardliners. Aynte argues that this was the motivation behind the al Qaeda merger – while changing little on the ground, Godone knew that the al Qaeda connection makes it very difficult for the international community to negotiate with any elements of Al Shabaab, forcing Robow and Aweys to remain in the fold.

So what now? Is this the end of Al Shabaab as we know it? Will it split into various factions, leaving Godane to fight the jihad, and allowing Aweys, Robow and Robow’s sizeable militia to enter into negotiations? Has the pressure of fighting on three fronts finally splintered the organisation from the inside?

Unfortunately, it’s too early to make any solid conclusions. All that’s clear is that there are very clear cracks in Al Shabaab’s unified front, and that the best way to hasten Al Shabaab’s demise is to exploit them. DM