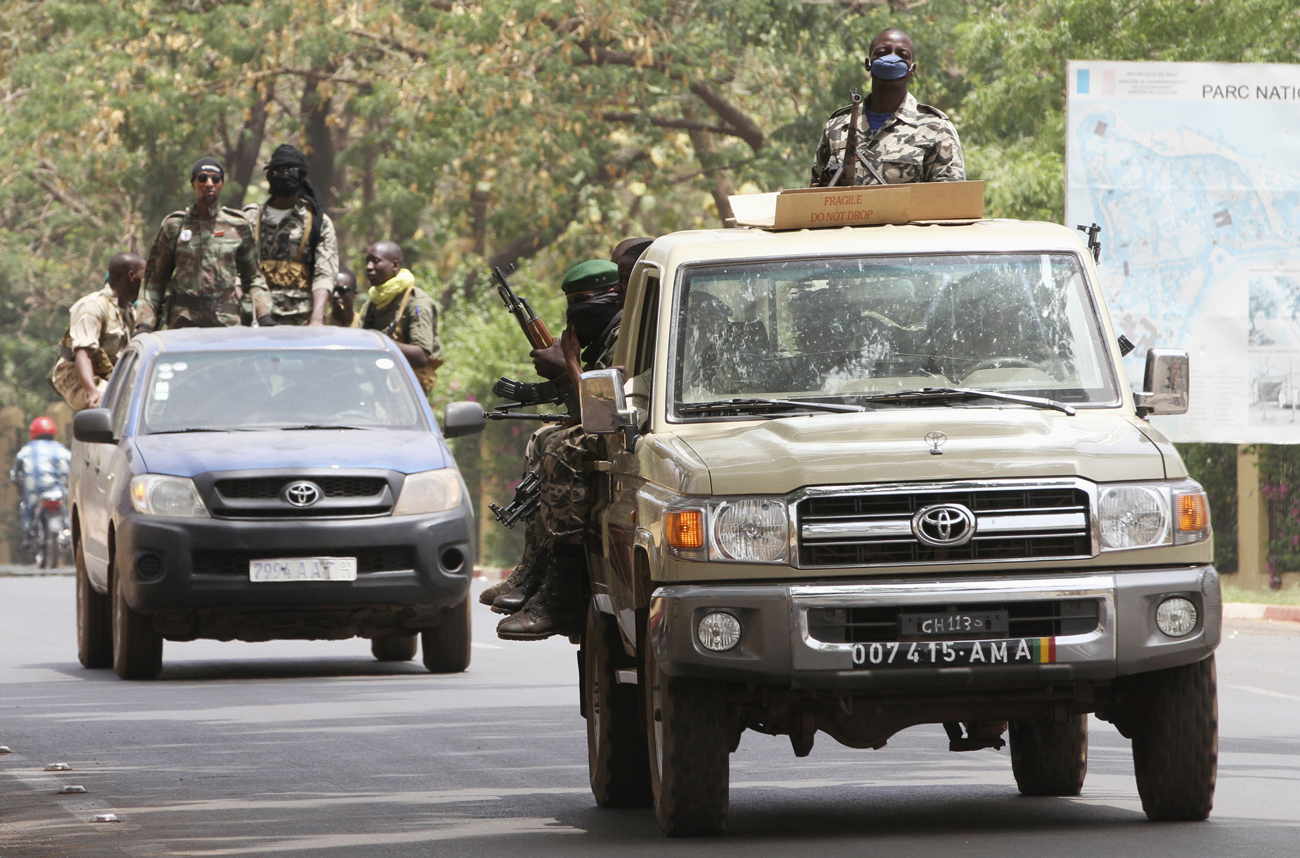 It was all too predictable. Even in the heady hours immediately after the coup, as coup leader Amadou “the power” Sanogo strutted on national television explaining that someone had to sort out the rebellion in the north, and that he was that someone, it was blindingly obvious that the coup in Bamako was the best news that the rebels could have possibly asked for. By SIMON ALLISON.

It hasn’t yet been a fortnight in charge for the new military junta in Mali and, far from cracking down on the Tuareg-led rebellion, they have merely encouraged it.

The first bit of bad news was the fall of Kidal, an important administrative capital, followed just a few days later by the fall of Gao, one of the largest towns in the region. This was a strategic withdrawal, according to Sanogo, in order to protect the civilians that live in close proximity to the army camp, but it has the unmistakable whiff of a panicked retreat.

All that’s left in government hands is the legendary city of Timbuktu, which might itself have fallen by the time you read this. At the time of publication, residents told Reuters they could hear gunfire and see army units leaving the city. “It’s our turn now,” said one local.

Not unlike the civilian administration which it unseated, the junta seems powerless to stop the well-armed and well-trained fighters at the forefront of the rebellion. Worse, they’ve alienated all the other countries that might have been able to help them.

“Our army needs the help of Mali’s friends to save the civilian population and Mali’s territorial integrity,” said Sanogo on Friday. He’s right: without external assistance, Mali’s small and rather ramshackle army can’t take on the rebels. Unfortunately for Sanogo, none of “Mali’s friends” take kindly to military-led coups. Condemnation of the coup has been universal and withering. There’s more of a chance of some kind of military force being assembled to tackle the junta (probably led by West African countries, who have been vocal in threatening exactly this) than there is of foreign countries sending troops to help the junta fight the rebels.

But it won’t all be this easy for the rebels. Most concerning for them are the emerging divisions which are being successfully papered over, for now – but for how much longer? There are two broad strands to the rebels, both with different objectives that might threaten the unprecedented success they’ve enjoyed thus far.

Most prominent and popular is the National Movement for the Liberation of Azawad (known by the French acronym MNLA), fighting for the independence of “Azawad”, which is northern Mali. They claim to be secular and non-ethnic, and to represent all the northern peoples who have been marginalised by Mali’s southern government for decades. But the movement is Tuareg-dominated in both the leadership and the rank and file, and is funded and armed by the Tuareg soldiers who used to work for Libya’s Muammar Gaddafi before fleeing home across the desert in convoys laden with cash and weapons.

Then there’s Ansar al-Din, a smaller organisation but no less powerful for it – it’s their fighters that took the military camp inside Gao. Ansar al-Din is an explicitly Islamist group, and claim to be fighting not for Azawad independence but instead for the imposition of Sharia law across the whole of Mali.

As long as fighting continues in the north, their aims align with the MNLA’s. But when the fighting stops, and the rebels are firmly in control, this could change. Will Ansar al-Din insist on Sharia law in Azawad, and what will the MNLA make of this? And given Ansar al-Din’s national rather than local grievances, will they want to take the fighting all the way to Bamako? Making the situation even more difficult to read is the fact that the leader of Ansar al-Din is a man named Iyad ag Ghali, who for decades was the head of the Tuareg rebel movement which spawned the MNLA. He was pushed out by the MNLA for being a little too accommodating with the Malian government, and Ansar al-Din was his response. So is he a genuine Islamist, or has he adopted the guise to help his political comeback?

All this Islamist talk is troubling the MNLA greatly, who see themselves as freedom fighters rather than religious warriors. They also know that identifying too closely with Islam will guarantee American opposition to their cause, and they’re not all that interested in getting caught up in the War on Terror. Particularly when Al Qaeda is in the equation, through their north African branch Al Qaeda in the Islamic Maghreb (Aqim). Aqim likes to operate in the desert between Algeria, Mali, Mauritania and Niger, but the MNLA has explicitly denied any links or similarities.

“Comparing us to Aqim is preposterous,” said an MNLA spokesman. Ansar al-Din, on the other hand, had a lot more in common with Aqim. Whether there are any formal links or not, being an Islamist group anywhere near Al Qaeda is sure to draw you unwelcome attention, and undermines in general the Tuaregs’ fight for a free Azawad.

So despite the rebel gains, and the junta’s chaos, Mali is still very much in flux, with even the near future defying prediction. Rebel divisions could tear the movement apart, or their alleged Al Qaeda links bring rich and well-armed Western countries into the fight against them (drones from Europe could probably reach northern Mali).

The junta, meanwhile, has to try and regroup; if the military wants to win this war, their soldiers probably have to stop running at the first sign of battle. They also need to hope that the Economic Community of West African States (Ecowas) doesn’t make good on its threat to send an expeditionary force into Mali to restore democracy – which has ultimately been the coup’s biggest victim. DM Photo: Malian junta soldiers patrol a road in Kati, outside Mali’s capital Bamako, on 1 April 2012. Mali’s junta leader promised to reinstate the constitution from Sunday, hours before a deadline set by West African neighbours to start handing over power, and as rebels encircled the ancient trading post of Timbuktu. Amadou Sanogo, who led a military coup on 22 March also pledged to re-establish all state institutions before organising a transfer of power back to civilians through democratic elections. REUTERS/Luc Gnago.