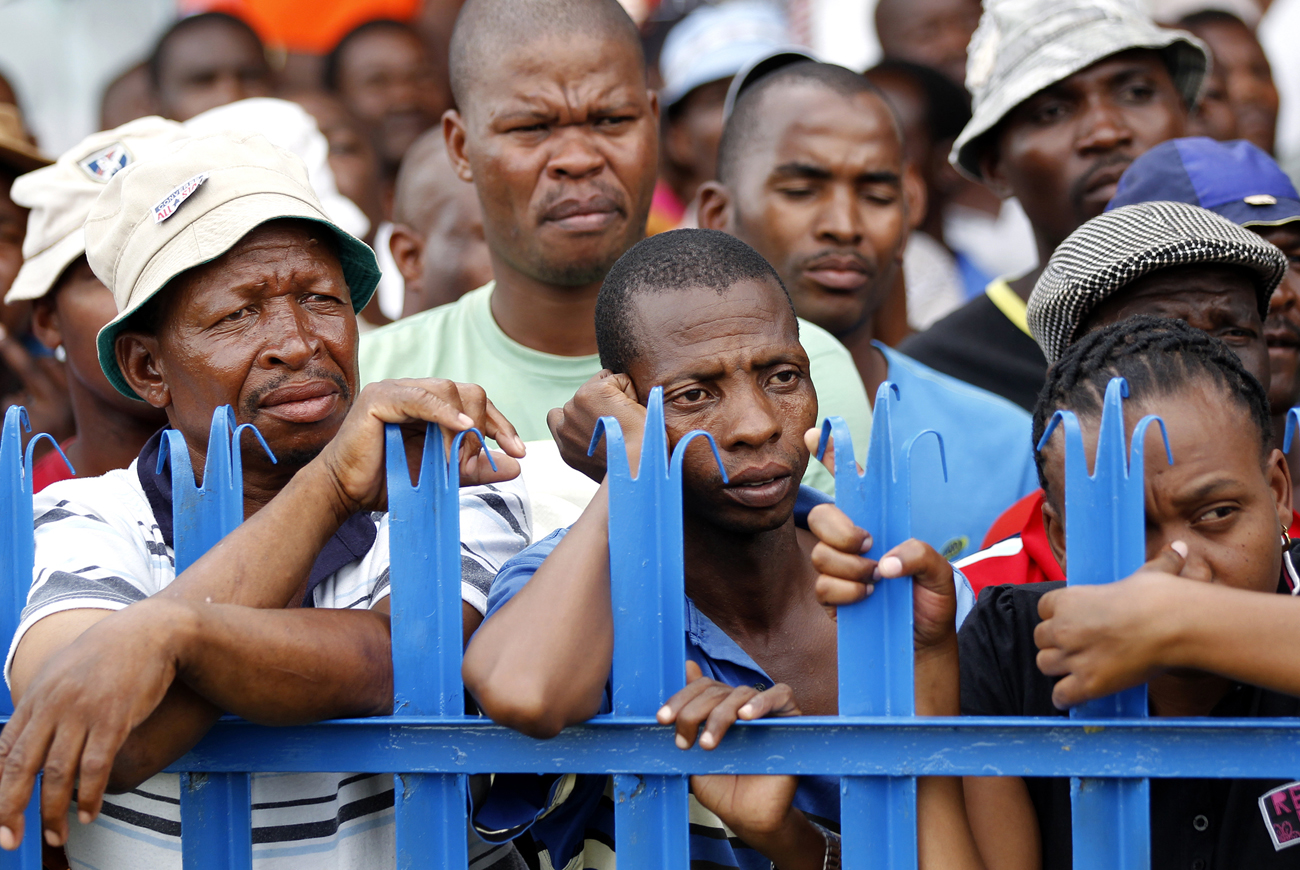 In any democracy it's important to have a close relationship between business and government. It's vital that the right playing field is put in place, to allow business to do its thing. Without business being able to get on with it, nothing happens, your economy stagnates. Which is what's happening in South Africa. At the moment, business is deeply worried its playing field is going to get worse, not better, in form of the new labour laws which are being put to Parliament. While Big Business has seriously upped its political game in the last year, it is time to sharpen that scalpel. By STEPHEN GROOTES.

Business Unity SA put it well the other day, when they pointed out that the new drafts will actually make it harder, and not easier, to do business in South Africa. And the net result of that fact is that we will see fewer people being employed, and the queues for odd jobs outside every municipal rubbish dump growing, along with the anger and the discontent. And the violent protests we’ve seen this week.

In most democracies, you have a smattering of business knowledge among the political elite. In the US, once you’ve crested the wave of venture capitalism, you run for president. In the UK, many MP’s used to be successful business-people, often those who’d started their own firms, before going into politics. In South Africa the situation is much harder for business. Most of those in the upper echelons of power have a very good reason to hate business. It was business that supported apartheid, it was the US that refused to implement sanctions for so long, it was the Soviet Union that helped them fight for freedom. As a result, business is pushing uphill in this ideological battle.

However, there are some tools that it can use. Business has already started to go more public, to hold more press conferences more often and to be more honest in its public opposition to government plans that it considers a risk. This is to be applauded. Things have changed since we felt the need to write an open letter to Bobby Godsell. Now we have the sight of Bheki Sibiya at the Chamber of Mines winning the spin war of Julius Malema’s “Economic Freedom” march. The silver lining of the mine nationalisation debate has been the recognition by business that it needs to take its message public.

Now it needs to focus on the small enterprise. We need case studies, numbers, plus some emotional pictures, of what these labour laws will do to small business. We need to see the picture of the black entrepreneur, who employs only black people, who nearly goes under because of the strangling nature of our red tape. The idiocy of such an employer struggling to get a Black Economic Empowerment certificate so that he can get work from a big corporate needs to be exposed. We should see the real faces of the real families whose breadwinners are really out of work as a direct result of the cost of hiring.

Perhaps the most potent re-creation, which almost any advertising firm should be able to create, would be that of the 10,000 people who queued up for just 30 jobs at Transnet in Bloemfontein last year. And of the stampede that resulted. Along with another image of those people working in a factory, knowing that while they don’t have the job protection insisted on by the likes of Cosatu, that week at least, they’ve fed their families and had a sense of purpose.

We also need to see the successes of the Chinese model, where people work in factories, in almost Dickensian conditions, but some of them only for three years. Because by then they’ve saved enough money to start their own enterprise. In this fight, business needs to go public, and go big. There’s no reason why a public advertising campaign won’t change some hearts and minds on the ground.

Then there’s the political stuff. It’s a pity we can’t turn the clock back to the early ’90’s to the time when the ANC was still talking nationalisation. Somehow the minds of Mandela, Mbeki, Ramaphosa were changed. And quickly. That is not going to happen again. Things have changed. As it stands, the organisation within the Alliance with the most business sense, that is perhaps the most sensitive to business’s needs (apart from government, which Cosatu claims “captures” ANC deployees) is the National Union of Mineworkers. Yes folks, a union. It’s the organisation that is hostile to mine nationalisation, whose former general-secretary, Gwede Mantashe, has lectured other unions on the damage they’ve caused during strikes.

What business needs is a way of changing hearts and minds at the top of the Alliance. It’s not going to work through Cosatu or the SACP; it’s going to have to be the ANC itself. And this is where the Black Business Council has a massive role to play. It’s already shown that it’s going to come down on the side of business, rather than play the kind of politics that the Black Management Forum has engaged in. It’s against a ban on labour brokers, a fight that goes to the core of the Alliance. But because of the political space it occupies, i.e. it’s got the name “black” in its title, it has more legitimacy. Patrice Motsepe is better able to get Mantashe to take his calls, to meet for a snifter, to chat about things, than perhaps some of his counterparts at Busa. It’s about using the informal networks that must surely exist between members of the BBC and the ANC. The BBC was able to get four cabinet ministers to its launch – that should be an indication of the potential of its political pull.

This doesn’t mean that Busa must stand idly by. While its message has got slightly sharper, and slightly shriller of late, it needs to keep upping the ante. It will need to fund the publicity campaign. And it will need to have a much sharper message. It needs to say, “these labour laws will mean this teenager here will never work. Ever”. It needs to say that again and again. And again and again. And then repeat it. It needs to be a message heard by everyone. And it shouldn’t worry too much about treading on toes. It doesn’t need the informal meetings, because that part of this fight will be led by the BBC.

Business in post-apartheid South Africa was always going to find it tough going. The politics was always going to be against it. There is a price to be paid for what happened during those dark times. But the price is being paid by those who can’t find work, who never get a change in life, who are condemned to a short, pointless existence. This fight is really about them. DM

Photo: Mine workers listen to Zwelinzima Vavi, COSATU General Secretary, during his address at the Impala Platinum mine in Rustenburg, 120 km (74.6 miles) northwest of Johannesburg on 21 February 2012. Impala Platinum, the world’s second largest platinum producer, said on Monday that a violent labour dispute at its flagship Rustenburg operations has cost it 80,000 ounces in lost production to date. The stoppage, now in its fifth week, is costing 20,000 ounces a week but the company said its capital projects remained “largely unaffected” by the unfolding drama around the mine, where violence has claimed the lives of two miners. REUTERS/Sipiwe Sibeko.