Mali's coup and lessons for SA

Mali’s coup and lessons for SA 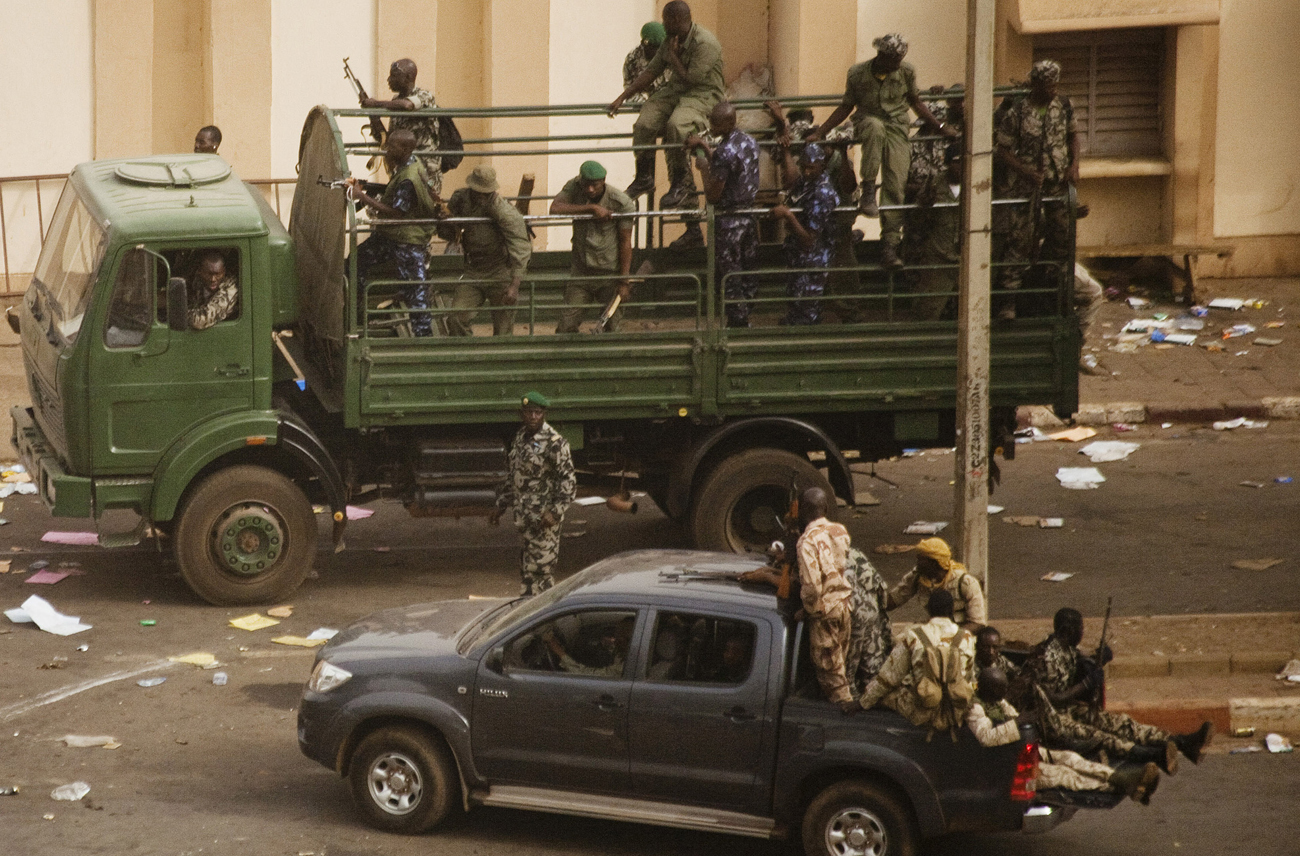 Amid reports that Malian “government” forces had repelled a fresh onslaught from Tuareg fighters in the north of the country, other reports indicated the embattled militia had once more sustained significant losses. Even as the capital city begins to regain a semblance of normalcy, the north of the country appears increasingly volatile. By KHADIJA PATEL.

Monday marks the 21st anniversary of Mali’s last-but-one coup d’etat. It’s commemorated as a national holiday – 21 years since Amadou Toumani Toure, or “ATT” as he’s better known, outmuscled the dictatorial regime of Moussa Traoré in a military takeover. ATT would go on to preside over a challenging transition to multiparty elections, handing over power to civilian authorities a year later. As a coup leader ATT was certainly iconoclastic. He had successfully ensured Mali’s democratic elections and, after resigning from the military, he entered politics as a civilian and won the presidential election in 2002. He was easily re-elected in 2007 to a final term in office and unlike his Senegalese counterpart Abdoulaye Wade, he did not seek any constitutional amendment to lengthen his stay at the presidential palace in Bamako. With little more than a month to go before the presidential election, the niceties of democracy would have ensured Malians would have been rid of Toure anyway.

Yet a military coup last Wednesday forced Toure into hiding. He’s thought to be holed up at an air base, surrounded by aides and loyal soldiers – soldiers who outrank the relatively young, low-ranking soldiers “putschists”. These renegade soldiers have taken control of the presidential palace, the state television station (ORTM) and the airport – which they have closed as well as the country’s land borders. They claim to be in control of the military, as they do, the rest of the country, but the true extent of their control remains unclear.

On Friday rumours in Bamako suggested coup leader, Captain Amadou Sanogo, self-styled president of the newly formed National Committee for the Return of Democracy and the Restoration of the State (CNRDR) had been shot dead in a counter coup. But even as he appeared on ORTM assuring Malians that he was alive and well, as long as ATT remains in Mali, supported by senior officers of the Malian army, Sanogo is a marked man. Just as the extent of the control of the state Sanogo’s troops have taken is unclear, so too the extent of his support within the Malian army remains untested.

We do know that Sanogo is a 39-year-old captain in the Malian army. He is the president of the newly-established CNRDR and the face of Mali’s new de facto government. And as the American embassy in Bamako confirmed, he is also the beneficiary of counterterrorism training from US Marines and intelligence. Sanogo brings with him an enviable optimism for rapid reform in the military education system. The CNRDR seeksto remedy these two bugbears before handing over the country to the whims of a democratic order. Elections, Sanogo insists will happen, but he’s yet to commit to any timetable for the restoration of a democratic order. His mission has been to rid Mali of ATT’s incompetent leadership, re-establish peace and assert Mali’s territorial integrity.

While fears of a battle between armed forces loyal to ATT and coup leaders remain, the streets of the Bamako have not hosted an all-out fight between rival military factions, or violence against civilians. Several people have been reported dead in a slew of incidents involving merry mutineers shooting in the air and looting stores. Sanogo insists a group of hooligans stole military uniforms and went on the rampage, shrugging off responsibility for the incident. On Sunday, however, locals said Bamako had regained a semblance of calm. Traders and vendors in the capital are said to be “mostly positive”, despite the coup.

Amnesty International has been less welcoming. It has demanded the release of 14 ministers detained by the junta last week. On Sunday, Tiegoum Boubeye, the former foreign minister, said his brother as well as his colleagues had begun a hunger strike in protest against their detention. Their fate remains uncertain.

Last week’s coup was born out of frustration among mainly low-ranking soldiers over a lack of equipment to battle the Tuareg insurgency in the north of the country. Analysts warn that vast swathes of the north are already outside government control, and with thousands displaced by the spreading insurgency there, the government’s credibility – and with it, the promise of democratic change – had begun to wane. It would have been extremely difficult, if at all possible, to hold a credible election next month.

As the Malian army continues to battle against the well-organised Tuareg forces, Malians have long suspected ATT’s administration secretly tolerated the Tuareg rebellion and al Qaeda networks in the north to be able to benefit from lucrative drug smuggling and other illegal businesses that thrive there. Mali’s may have been hailed as a stable democracy before last week, but the country was bedevilled by corrupt and heavily flawed institutions. The coup is certainly no panacea, but this junta has been able to live off a failure of democracy.
If we are to define democracy as the successful return to the polling booth by millions of people to cast their votes and faith in a leader to fight their battles and solve their most pressing problems, then Mali was indeed a democracy.  ATT has proven himself to be a man of democratic principles. Mali was ranked number one in Africa for press freedom. Last year’s Reporters Without Borders’ report, ranked Mali higher than the United Kingdom, France and indeed, South Africa.

Quite apart from the conflict raging through the north of the country, the looming food crisis, the staggering levels of poverty and the government’s perceived corruption and inefficiency have proven to be failures of democracy – failures with which South Africa too has to live. DM Photo: Malian soldiers and security forces gather at the offices of the state radio and television broadcaster after announcing a coup d’etat, in the capital Bamako. Renegade Malian soldiers went on state television declare they had seized power in protest at the government’s failure to quell a nomad-led rebellion in the north. REUTERS/Malin Palm.