Mali: Just another coup in the wall

Mali: Just another coup in the wall 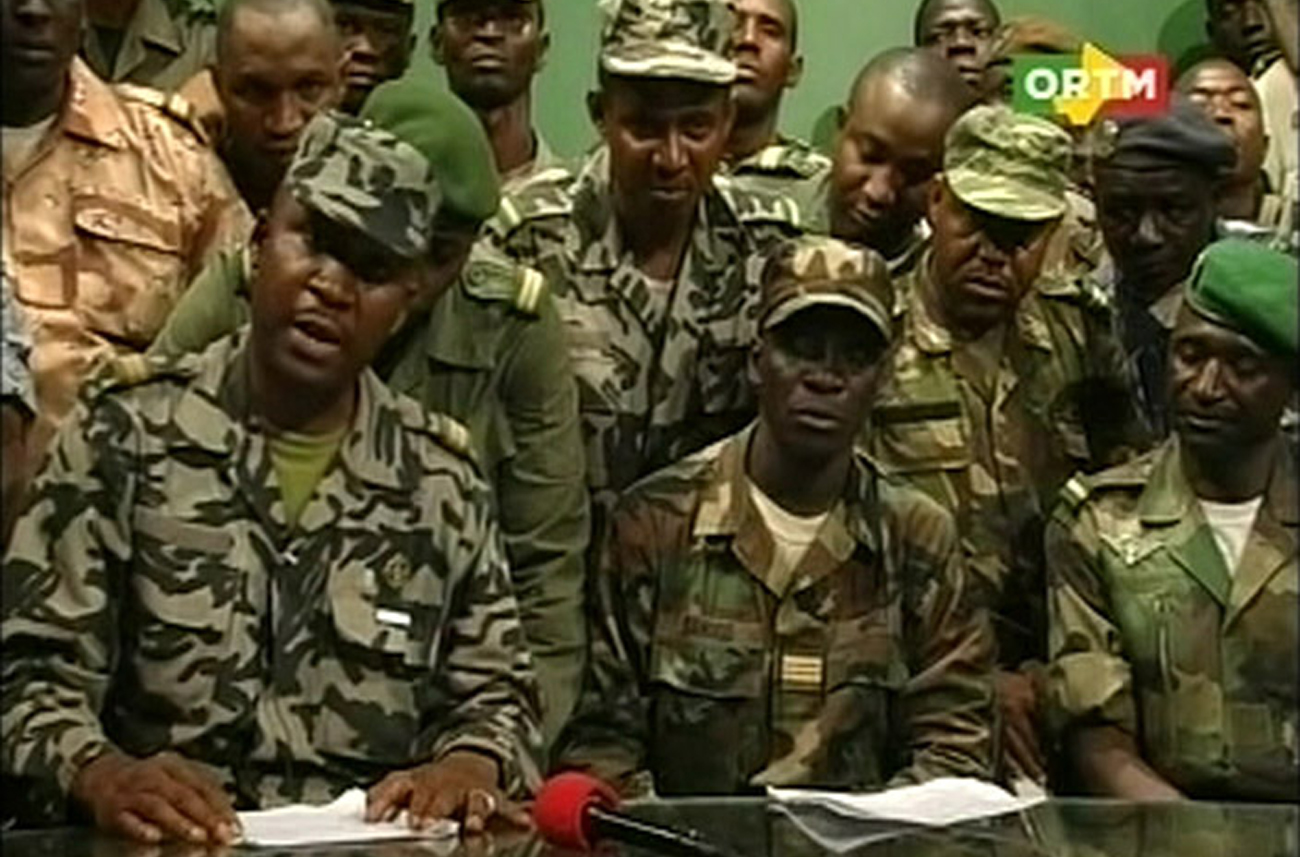 It’s tempting to dismiss the coup in Mali as just another banana republic doing what banana republics do best. That would be a mistake. Until Thursday morning, Mali was one of Africa’s most promising democracies, tantalisingly close to holding another strong election, and in a bitter irony its president ultimately fell because he was doing everything right. SIMON ALLISON explains what happened, and how – even in death – a certain Colonel Gaddafi is intricately involved.

Amadou Toumani Toure – or ATT as he’s usually known – may or may not be Mali’s president. He has been for the last 10 years, but on Wednesday night something strange happened. Some soldiers from his army, the institution which gave ATT his power in the first place, decided that they’d had enough of what they described as his “incompetent regime”, and stormed Mali’s capital Bamako, taking control of the presidential palace and the state broadcasting centre, among other significant buildings.

By Thursday morning, this group had taken power, or so they told the nation in a clumsy broadcast on state television. Led by a mid-ranking officer, Captain Amadou Sanogo, they styled themselves the National Committee for the Return of Democracy and the Restoration of the State (using the French acronym CNRDR), and promised to re-establish democracy just as soon as “the country is re-unified and its integrity no longer threatened” – heedless, naturally, of the fact that probably the biggest threat to Mali’s unity and integrity was the coup-plotters themselves.

What the CNRDR was actually referring to was the incipient rebellion in Mali’s sparsely-inhabited northern regions, where a heavily armed movement led by the historically fractious Tuaregs has comprehensively out-fought the Malian army, inflicting heavy casualties and causing mass desertions. According to the CNRDR, this is not because the Tuaregs are simply better fighters, but because the Malian army is being held back by the peacenik strategies of President ATT, who openly prefers to solve the problem through dialogue and mediation rather than more violence. It’s an unpopular stance with much of the army, and with plenty of citizens too, who can’t see why Malian soldiers are coming back in body bags while the government prevaricates over giving the troops on the frontline more reinforcements and firepower. Ultimately, his commitment to peace over violence is what cost him his job.

Or did it? Even though the CNRDR have claimed power, and the government has been conspicuous by its silence, all is not yet lost for ATT and his allies. For a start, the president himself remains at large, thought to be holed-up in an air force base that he once commanded, surrounded there by crack troops who have remained loyal. As long as he’s alive and uncaptured, he remains Mali’s legal president. And there has been lots of speculation that this coup was instigated by mid-level officers, meaning much of the top brass is still with ATT, as well as all the best units of the Malian military, such as the paratroopers. There could be a fight back yet, presuming ATT doesn’t try and negotiate his way out of it; but it doesn’t look good for the president.

However, ATT can’t complain too much about losing power in a coup; after all, he himself led a military coup in 1991 which unseated Mali’s long-term dictator. But he spent the rest of his career atoning for that, earning himself the friendly nickname “soldier of democracy”. After gaining power, he organised a conference to draw up a new constitution for Mali, and then refused to participate in the democratic elections held in 1992. He only returned to power in 2002, this time via the ballot box, and his second term was due to expire in April. He’d already made it clear that he would not be standing again, as per the term limits imposed by the constitution, and neither did he push some kind of puppet to control from behind the scenes. This was a truly democratic president, steering one of the world’s poorest countries in the right direction, and this is not how he wanted to leave office.

“ATT was hoping to leave a legacy of a peaceful Mali and a constitutional democracy, and give the new president the opportunity to choose how he wanted to respond to the rebellion in the north,” said David Zounmenou, senior researcher at the Institute for Security Studies. “He certainly wanted to preserve his reputation as a peaceful man of dialogue – if he has to choose between Mali and war, he would choose Mali. This position was not met with universal consent.”

This is all Muammar Gaddafi’s fault, of course. Zounmenou described the current Tuareg rebellion as “collateral damage” from the Libyan revolution, as it was the collapse of the Libyan dictator’s regime that sparked the uprising in northern Mali. Thousands of Tuareg soldiers in Gaddafi’s employ fled Libya as fast as they could, usually in convoys laden with money and weapons, many returning home to Mali. By the end of 2011, a new rebel group was born, fighting for the independence of “Azawad”, or northern Mali. This isn’t the first Tuareg-led rebellion in Mali or surrounding countries, and it won’t be the last. But it is the most organised, and so far the most unified – therefore, the most dangerous.

The Tuareg rebels are delighted at the chaos in the capital, and have already announced their intention to take advantage. Given that the Malian army is in no state right now to offer any resistance, and that any international support for Mali will dry up in the wake of the coup, it seems the rebels will have the upper hand over the coup-plotters, for now.

All this is bad news for the region as a whole. The government of Niger, especially, will be terrified that the success of a Tuareg rebellion in Mali will embolden the Tuaregs in Niger to do the same thing. The Americans will be worried that al-Qaeda in the Islamic Maghreb, already active in the region, will feed off the instability and emerge stronger than ever before. But most serious is the already dire humanitarian situation – the violence in the area, coupled with terrible crops, is creating conditions which could lead to famine if not urgently addressed. Already, hundreds of thousands of people have been displaced, but if the problems do spread to neighbouring countries then they will have nowhere else to go.

The coup in Mali – presuming it succeeds – will be a defining moment for the country and for the region as a whole, and not in a good way. It’s a massive step backwards which the people of the Sahel – already some of the poorest in the world – are in no position to afford. DM