Proteas batting battle is a drag on the bowling triumph...

Proteas batting battle is a drag on the bowling triumphs 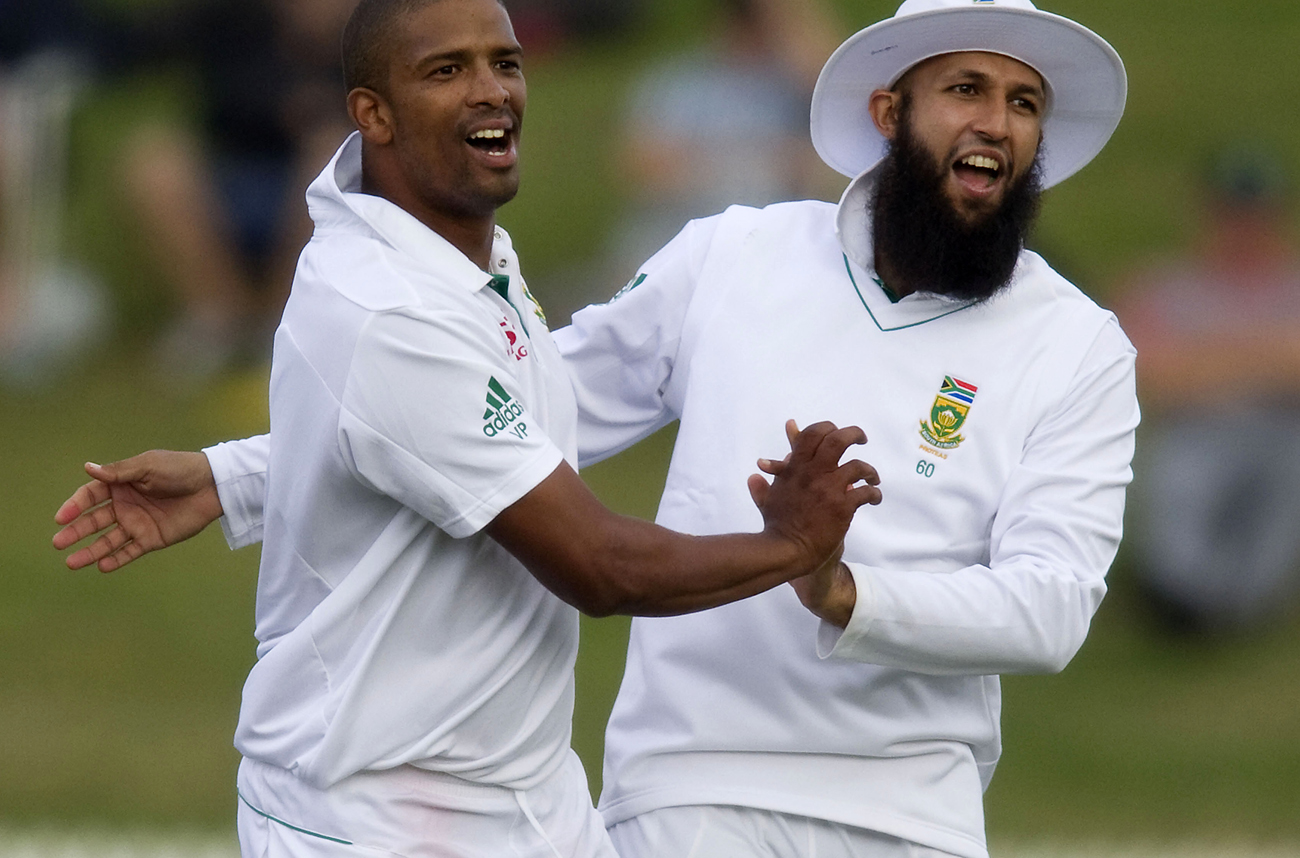 The Proteas won the second Test in Hamilton very comfortably. Amid the back-slapping and high-fiving lurks a batting problem that needs fixing. By PAUL BERKOWITZ.

The Proteas won the second Test against New Zealand in Hamilton inside of three days to go 1-0 up in the three-match series. All in a day’s work for Smith and the boys? Not really.

After a rain-affected draw in the first match of the series South Africa had to kiss a shot at the Number One Test Team title goodbye, at least until they tour England later in the year. It may be that there was no possibility of winning that match thanks to the weather conspiring against a result. It could be divine justice: South Africa currently does not deserve to hold that title.

So much has been made of the sublime success story of Vernon Philander and the overall quality of South Africa’s bowling attack that no harsh lights have been shone on the Proteas’ very patchy batting record. In seven Tests this season, over 12 complete or partially-complete innings, South Africa’s opening batting pair has only posted one fifty-run partnership. In nine of those innings they’ve lost at least two top-order wickets before posting 100 runs.

Initially the problem was with Rudolph seizing up at the wicket like the engine on a Lada. He’s been shifted down the order and Petersen has slotted in as an opener for the New Zealand Tests. Unfortunately, Alviro has taken the down-under idioms to heart and has gone walkabout in front of his stumps, trying to drive the ball legside.

Smith has been the most consistent of the three openers this season, scoring two centuries and three fifties, but when he’s failed it’s not been pretty. An early mini-collapse has become a way of life and a normal state of affairs for the Proteas, a bit like Limpopo and corruption.

This just ratchets up the pressure on Amla, Kallis and De Villiers to deliver the goods. Most of the time at least one of these three can oblige, but it can be the difference between scraping together 350 for the innings and smashing the opposition out of the game for 500 runs declared. At worst it can mean that the opposition stay well in the game through the first three days. What could have happened if the Proteas had pulled finger and made their second innings total their first in Dunedin? Could they have enforced a follow-on and won the match?

It’s a truism that “bowlers win Test matches”, but they also need something to bowl at. Much of the success of the Australians under Steve Waugh was due to a Langer/Hayden opening pair that had the ability to post massive opening partnerships. With 400-plus on the board to bowl at, the likes of McGrath and Warne could afford the latitude to go for wickets every over and force a result.

The embarrassment of riches in the South African bowling line-up has meant that the Proteas should start most Tests, and indeed series, as the favourites. It’s also allowed us to be pretenders to the top position in an era of no clear dominance, masking the brittle make-up of our batting line-up. Until we inject some steel into the top of the batting card that’s all we will be – pretenders. DM