Amina Filali: a story of rape, suicide and the society...

Amina Filali: a story of rape, suicide and the society searching for its soul 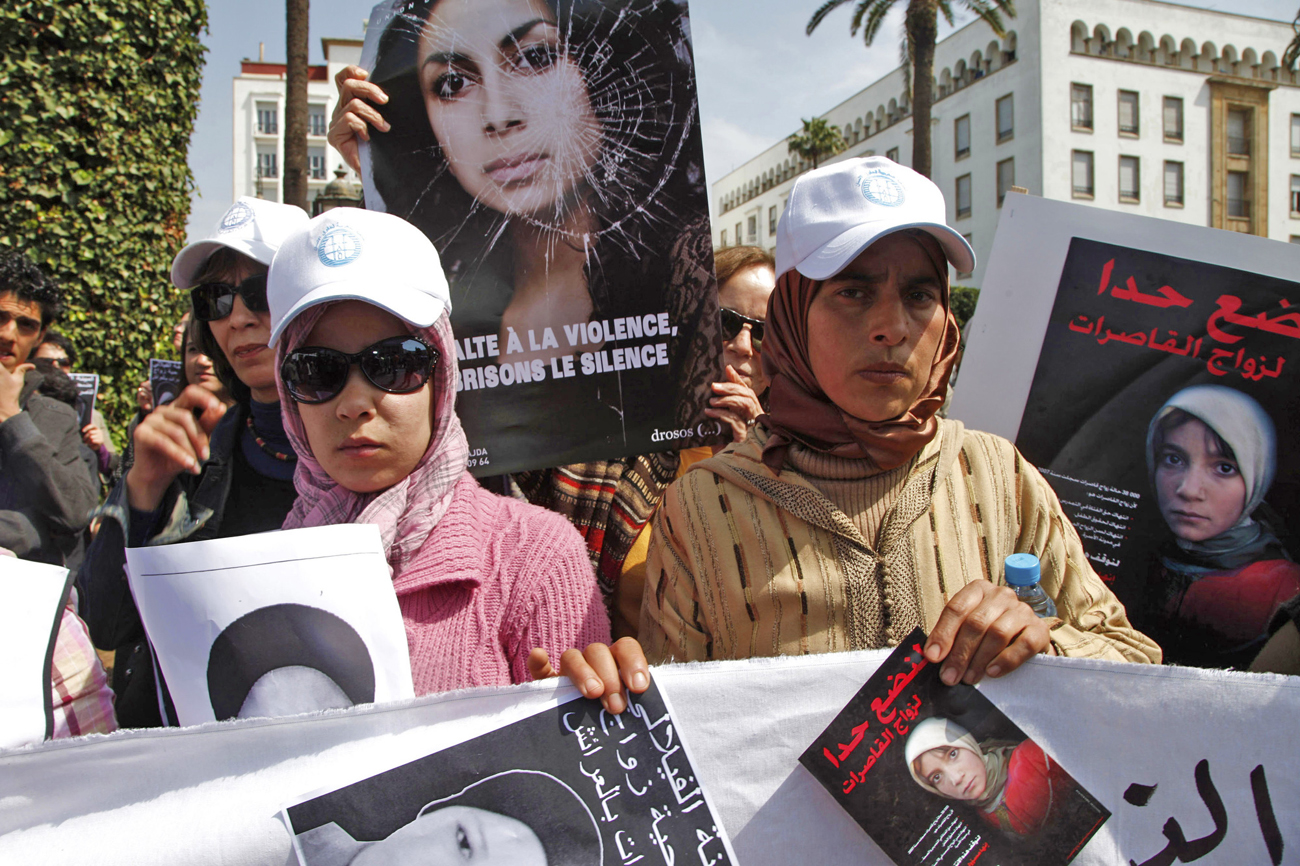 When 16-year-old Amina Filali was raped, she probably wasn’t expecting to be married to her rapist only a few months later. But thanks to an archaic Moroccan law and a tradition of shaming rape victims rather than perpetrators, that’s exactly what happened. Amina eventually killed herself – but her desperate act might be just enough to force Morocco into some very necessary reforms. By SIMON ALLISON.

In Morocco, like in most of the world, rape is punishable with a lengthy prison term, usually between five and 10 years in prison. Rape of a minor is considered more serious and attracts a sentence of 10-20 years. But in Morocco there’s another option for any convicted rapist. If he marries his victim, then all charges magically disappear.

Take the case of 16-year-old Amina Filali, whose suicide has focused global and (more importantly) Moroccan government attention on Clause 475 of Morocco’s penal code. Amina was raped, perhaps on more than one occasion, by a man 10 years her senior. Upon discovering this, Amina’s mother immediately rushed her to the rapist’s family and demanded that the perpetrator marry her daughter. “I had to marry her to him, because I couldn’t allow my daughter to have no future and stay unmarried,” said the mother, Zohra. “We would be the laughingstock of our neighbours.”

As hard as it is to conceive of from the comfort of our liberal society, Zohra’s reaction to her daughter’s situation is not unusual. In rural, conservative Morocco, all the blame and guilt and dishonour of a rape attaches to the victim and the victim’s family, not the rapist. And, per tradition, the only way to diminish the shame is for the victim to marry the rapist, thereby retrospectively downgrading the act from a rape to something akin to premarital sex: frowned down upon, but not an indelible stain on family honour.

The rapist’s family was eventually persuaded that the rapist and Amina should marry, and this decision was then taken to a judge, who agreed that it was the best outcome. Moreover, the judge was right, in the eyes of the law, at least. The now-infamous Article 475 states that the government will drop rape charges in the event that the rapist and his victim get married. This applies even when the victim is a minor, despite the fact that in normal circumstances under-age marriages are illegal in Morocco. So if an 18-year-old boy and a 16-year-old girl wanted to wed, that would not be permitted. But if that same 18-year-old boy raped the 16-year-old girl, then marriage is allowed.

Surprise, surprise, there was no happily ever after for Amina’s anti-fairy tale wedding to her rapist. Amina was beaten by her new husband, and eventually – knowing that there was no way out of her desperate situation – she took her own life, using rat poison bought at a local market. Even in dying, her humiliation was not yet complete. Seeing what she had done, he husband grabbed her by her hair and dragged her down the street.

But her death did not pass unnoticed. Women’s rights campaigners in Morocco – people with lots of work to do – were horrified by Amina’s situation, and organised large protests in the capital Rabat and a publicity campaign to draw attention to Clause 475. “Amina Filali’s suicide brought to the foreground this question that exists and was known. For a long time, we called on the feminist movement to bring an end to it but nobody was listening to us. Today, this tragedy contributed to the awakening of the conscience and alerted both public opinion and citizens. Today, everyone is talking about this issue and everyone is asking for article 475 to be abolished from the penal law,” said women rights activist Amina Jebabdi.

And the response by the Moroccan government has been encouraging, at the very least cognisant of the law’s inherent absurdity.

“We can’t ignore what happened, one of the things we are looking for is to toughen the sentence for rape,” said communications minister Mustapha el-Khalfi. “We are also looking to creating a debate on the cultural and social aspects to create a comprehensive reform.”

He added later: “This girl was (in essence) raped twice, the last when she was married.” And a third time, one could add, by a legal system that is supposed to punish the guilty and protect the innocent, not the other way round.

Amina’s tragic example will force Morocco’s authorities to have another look at this troubling law. There’s some reason for optimism: Morocco’s king is very wary of falling victim to an Arab Spring-style uprising, and has been responsive to public protests, instituting a number of reforms. Although it’s too late for Amina, this will hopefully see Clause 475 abolished, and replaced with something that shows some respect for women’s rights. DM

Photo: Activists from various women’s rights associations gather while holding placards as they protest against the suicide of Amina al-Filali, 16, who was forced to marry the man who raped her. REUTERS/Youssef Boudlal.