ANCYL taste their own medicine as MK vets bare teeth

ANCYL taste their own medicine as MK vets bare teeth 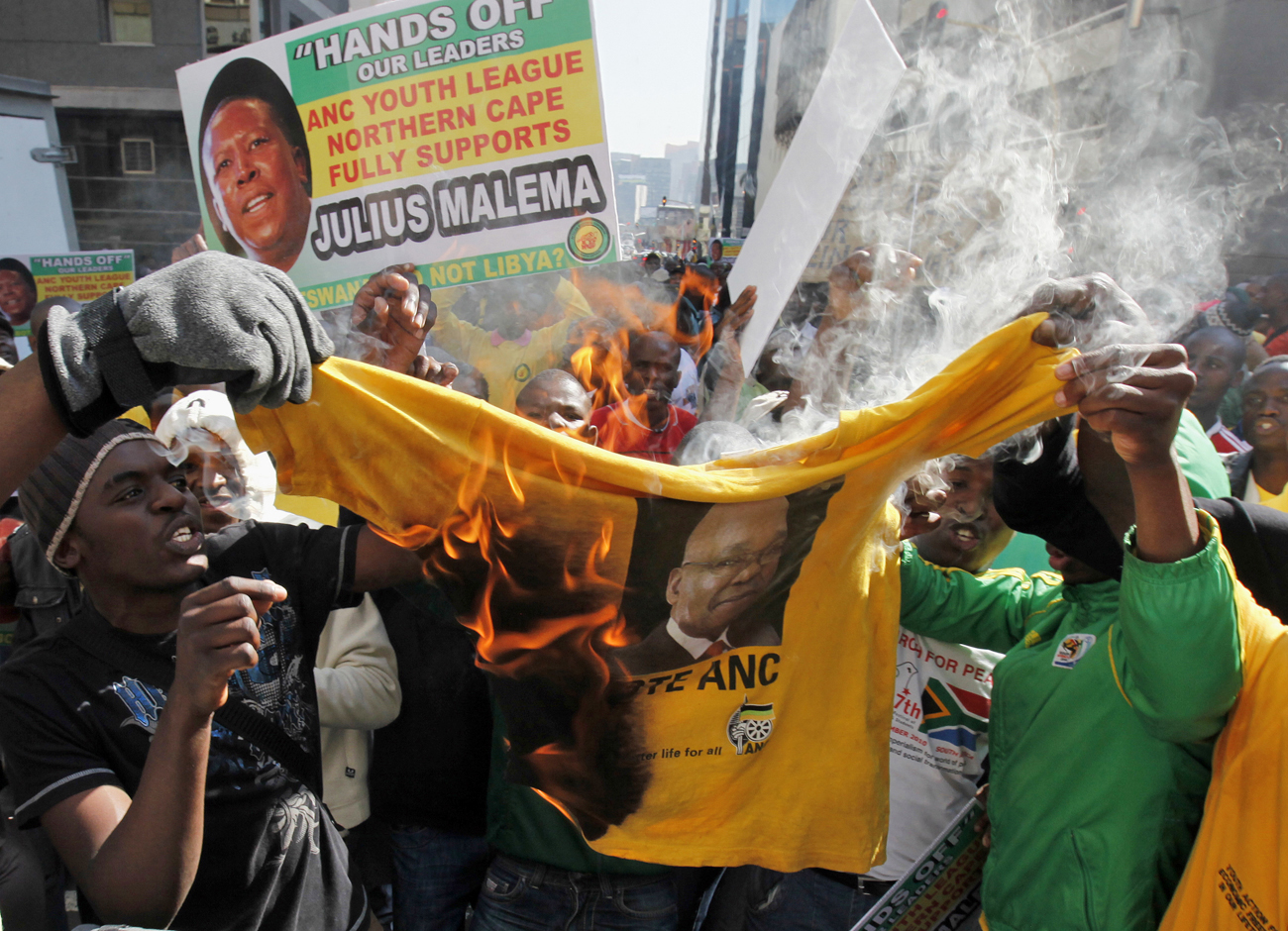 It's funny how quickly the ANC Youth League cries foul when someone else decides to adopt belligerence and bluster as a political weapon against them. Then again, this is the MK Military Veterans Association making a thinly-veiled threat against it. By SIPHO HLONGWANE.

The African National Congress makes a big deal about the armed struggle. In fact, it has been accused of perhaps bending and colouring history to make it appear freedom was won at the tip of a bayonet. It’s all part of the victor’s mythology, and the result is it gives high regard to the soldiers who actually bled on the battlefield. Sure, there were the political prisoners. But then you had the actual soldiers – the men and women who didn’t use words and demonstrations to fight apartheid. They used bullets. These people are the envy of many ANC members today, including a certain Youth League president. So when the Mkhonto We Sizwe Military Veterans Association makes a pronouncement about what its members fought for, the room usually goes quiet until they’ve finished speaking.

There’s also the fact that they can really bring the noise when they want to. For this lot, promising violence isn’t a completely idle threat.Over the years, the MKMVA has acted as a sort of self-appointed conscience for the ANC.

So it comes as no surprise that the ANCYL has taken exception to some rather heated comments made by the veterans, aimed its way. In a statement that has been widely reported, that came from the MKMVA in KwaZulu-Natal, the veterans said that in “the old days”, the leader of the ANCYL would have received a bullet in the head for being rude to the party leaders. “If it was still the struggle era, Julius Malema would have been killed by the firing squad for the way in which he was rude to the ANC leadership,” the MKMVA said.

This has rather shocked and hurt the youth. “The ANCYL demands an immediate apology from the MKMVA because their statements are not only a misrepresentation of reality and history, but incitement of[sic] violence against the leadership of the ANC Youth League,” wrote Captain Obvious, the new ANCYL spokesman (not really – this one came from the secretary general Sindiso Magaqa). “We also call for ANC to take immediate action on the people who incite violence in the ANC, because such will undermine the stability and peace, which the national liberation movement fought so hard to establish in South Africa,” the ANCYL said.

It isn’t the first time the ANCYL has tangled unpleasantly with the MKMVA. Last August, the same provincial branch of the association said the current crop of ANCYL leaders had joined the party because it was the fashionable thing to do. “When we joined the ANC it was [all] about the liberation movement,” the provincial secretary Nameh Mogale said.

At the beginning of 2011, the MKMVA came out swinging for President Jacob Zuma, naming the ANCYL as one of those who should stop insinuating that the Gupta family wielded an unsettling amount of control over the president.

In what may be regarded as an ironic statement, the MKMVA called for charges to be laid against the league leaders after the violence in downtown Johannesburg, following the announcement of fresh charges against Malema, Lamola, Magaqa and other league leaders.

It isn’t often that someone says something to prompt the ANCYL to yelp in fright. But it’s all political posturing really. On both sides. Think of it as one of those ridiculous moments in Spanish football when a striker is tackled, and then writhes about on the ground as if felled by an axe, with the offender standing over him, protesting his innocence in exaggerated fashion. Everybody knows that it’s melodramatic play-acting for the sake of onlookers.

But this is one of those instances when we see the extremes to which the broad ANC church has to go to get at each other. It’s a reminder that it isn’t just the ANCYL that has the language of violence in its arsenal. It’s also a tiny reminder that some not unexcitable people support President Zuma. It’s something for the league to think about.

Incidentally, Malema has now filed papers for his appeal against his expulsion. His exit from the stage is proving to be about as long as an Oscar acceptance speech, though these days he is really fighting this one alone. Magaqa has said sorry, and so has Floyd. But a careful surgical job by the disciplinary bodies within the ANC mean it is Malema who is now properly fighting for his political life. It’s just taking forever. But we’ll be there every step of the way. DM