Malema: How far will the ANC go?

Malema: How far will the ANC go? 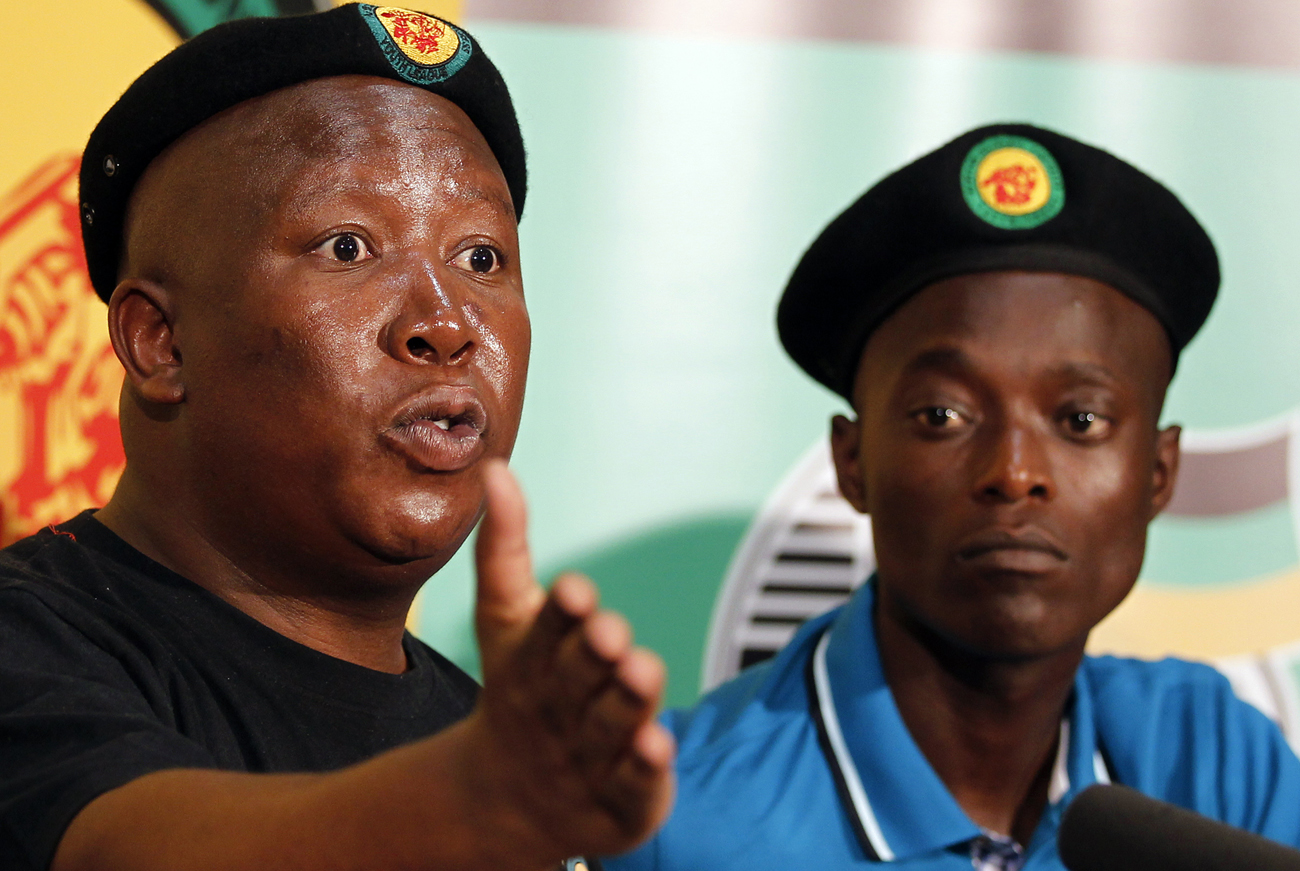 At some point next week, the ANC's clumsily named national disciplinary committee of appeal will receive a whole bunch of extremely boring paperwork from that troubled young kitten, Julius Malema. It will be an appeal against the decision by the ANC's national disciplinary committee to expel him. It won't be about the convictions (although Malema will no doubt claim once again that he has been badly treated. Shame). It will only be about the sentence. But that itself puts things in an interesting light. By STEPHEN GROOTES.

Firstly, let’s deal with a few seemingly inevitable facts. It seems obvious to us, as we’ve mentioned before, that once President Jacob Zuma and ANC secretary-general Gwede Mantashe have dealt with Malema politically, they will then deal with him criminally. Not directly, of course, but through the police, the Hawks and Sars – who are conducting investigations into his finances. (As well they should.)

But let’s put that to one side for the moment, our criminal processes don’t always end as one would expect. Especially when Zuma is involved.

Generally speaking, an accused would prefer suspension to expulsion. But in Malema’s case, that may not be so. If you look at his behaviour in front of the NDC, where he insisted on claiming that he did not accept that verdict of the appeal’s panel and thus didn’t respect the entire disciplinary process, it appears almost as if he was trying for the expulsion. Why would he do this?

Firstly, Malema has been suffering from a frustrating lack of focal point. Whereas it seemed at one point that the simple length of the process, the fact it started in August and is yet to finish seven months later, benefitted the former Young Lion, it’s become more obvious that, in fact, it’s Zuma who’s the real beneficiary. Remember Malema back in August? A protest would be heaving with people, and could result in violence. Now he needs Zwelinzima Vavi to get the crowds out. His attempt to regain the focal point, the “economic freedom” march last year helped for a few days, but had no long lasting effect. As a result, Malema needs a reason to get people fired up. The final expulsion would do just that.

It would get his supporters all riled up again. He would be able to claim he’s been spat out by the ANC, and that his expulsion is proof the ANC has sold out to “white monopoly capital”. And it would give him nothing to lose. As a result, ahead of Mangaung, he would be absolutely free to shout, scream and strike out, and generally behave, well, as he has been doing. It would be a license to make strong statements, to lose the gloves completely. It may seem that actually, he can’t get any worse. But for Zuma he could. All of Zuma’s slightly odd legal history could come up in a way that it hasn’t before. And speaking from a nasty hack perspective, the temptation to report on that would be huge. Because we all know that what happened in 2009, conveniently before those elections was a complete legal farce. If there’s one thing that Malema is good at, it’s framing the political question. Malema framing the political question, with no hindrance at all before Mangaung, could change the political game completely.

Imagine how the discussion could now be about Zuma’s rape trial, the shower, the corruption charges… And how there is a person completely clean, dignified, wise, who’s been president before, who surely would be a better president in future. In a way, the only reason Malema hasn’t gone there completely (he’s hinted, but hasn’t gone the whole hog) is because he’s still tied, in some way, by the ANC. Perhaps this is the scenario that Malema is craving. This is why he’s able to behave so badly to the ANC and its disciplinary committees, and at the same time say, truthfully, that he has no intention of leaving the party, or starting another. If he’s thrown out, he’ll, in a way, get what he wants.

Having said all of that. What will happen if he’s suspended, presumably for five years or longer? It simply cannot be shorter than that. That was the first sentence, and we’ve not noticed any improvement since then. So five years, at least, it has to be. But this would have an affect of giving him something to behave for. Of course this is based on a presumption that he does indeed behave according to political logic. It would mean that he is out of the structures, but not out in the wilderness. He would not be able to attack the ANC, or its leaders, in the same way as if he were expelled. He would also lack that political focal point, the spark that he needs to regain some kind of political momentum.

However, the appeals panel does have another factor it needs to consider. It’s how a suspension will be seen in its broader constituencies, both in the ANC, and among the general public.

Already the ANC appears to be soft on discipline. It’s something we keep hearing from Cosatu, that the party simply does not crack down on those who break its rules. The Malema issue is the perfect place for the panel to draw a line in the sand. And if you were a member of the Zuma-Mantashe axis, it would be very tempting to hope the panel does go the whole way. Because if Malema is seen to be properly and utterly dealt with, there really will be no doubt that they are the MacDaddies of our politics. And this would give them much space to move, both in the run-up to Mangaung, and well into “their” second term. And publicly, to us, and to investors, it would be a signal that we won’t hear any more ANC leaders threatening violence, and that our mining policies are not about to change. It would, in a way, be a turning point in the ANC’s history.

To us, at the moment, it seems pretty much a toss-up as to which scenario is the most likely. We can see advantages to both. If the appeals panel wants to play it safe, perhaps it’s best to err on the side of the suspension. And playing it safe is what the ANC is all about at the moment. DM

Photo: Julius Malema will appeal his expulsion from the ANC next week. REUTERS/Siphiwe Sibeko.