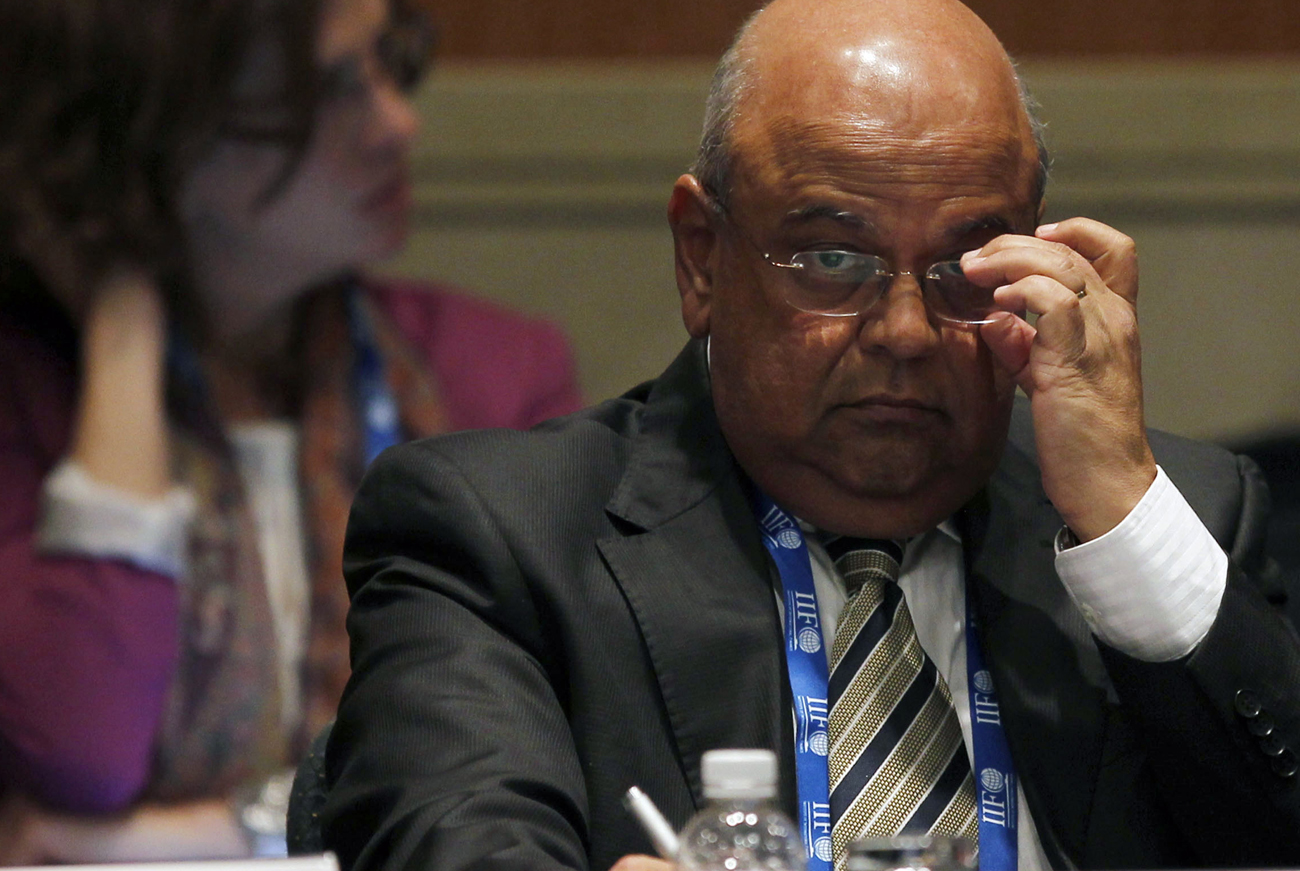 Pravin Gordhan is at it again. He's been smacked around, called all manner of things, been accused of selling out, but this man is not for turning. On Wednesday, Business Day published an opinion piece he's written with another politician, calling for labour market reform. There are all sorts of code words. But, in reality, what's he's calling for is an end to the push just for "decent work". He wants a push to "jobs". As usual, he's right. By STEPHEN GROOTES.

Sometimes it seems like the fight over “decent work” and “jobs” has always been with us. In a way it has. At its heart is a fairly simple tension. The Left (whatever that is these days), including Cosatu and the SACP, believes that every person who is employed must be so on full benefits, have UIF paid, a pension, protection from being fired etc. The slightly more ‘central’ wings of the Alliance have been pushing the other way. They worry that this emphasis on “decent work” is making it harder for companies to employ people, and thus they just don’t. As a result the number of unemployed people grows rather than declines.

The importance of this issue, and the political dangers associated with it, was nicely exposed last year when ANC secretary-general Gwede Mantashe, an arch Alliance fence-straddler if ever there was one, said “there is nothing as undignified as being unemployed”. There was an immediate backlash from Cosatu. The next time he appeared in public, Mantashe forestalled any questions on the issue by stating he was for “jobs, decent work, and sustainable livelihoods”.

As a result of the danger of being politically stung, this debate is now being conducted in a slightly different way. Gordhan is nothing if not one of the best politicians of his generation (and definitely one of the cleverest, period). What he’s done here is to co-author a paper for the G20. The other writer is Australia’s Deputy Prime Minister and treasurer (read: finance minister) Wayne Swan. He’s also a man who knows a thing or two about the problems of governing with strong-ish unions. And it’s a shortened version of this piece that appeared in the South African media on Wednesday.

It’s vintage Gordhan. It will be hard for him to be personally blamed for this. He has made sure the issue is back in the public domain, and yet cannot take the political flak. He wrote it for an international organisation, it wasn’t just him, he had a co-author. But everyone will know which way he swings on this. The fact it appeared on the same day Cosatu called for a national strike just makes it all the sweeter. While in the public imagination the strike is primarily about toll roads, for the unions, it’s really about labour brokers. And Gordhan seems to be suggesting that labour brokers may have their place.

The fact of this is, to us proud capitalists, Gordhan is right. One of the main problems business shouts about at the moment is that there are layers of paperwork to get through just to hire one person. And if you want to fire them, because they simply aren’t up to it, can’t do the job and aren’t prepared to try, it’s a nightmare. Even mid-size companies have to hire two to three people just to manage HR issues. At a cost that benefits no-one at all.

And then we have to look at the labour force we have. There are literally millions of people who don’t have the education or the skills to get a job. Literally any kind of job. If the last time you woke up for a specific time was in Standard 6 (Grade 8 Stephen! – Ed), it’s very hard indeed to be on time for anything 10 years later. And the longer this goes on, the harder it’s going to be for those people who have not worked in all this time. That means that it’s the simple jobs, the labouring, the carrying things around, construction work, fixing roads, that are left. Even a simple task like driving a bus has proven almost impossible for the Gautrain, with the best will in the world, to find willing workers for.

This sort of thing wouldn’t be happening if it were easier to fire those who don’t work. Those Gautrain bus “drivers” should have been sacked the first time they went on an unprotected, illegal strike. This is a problem councils face all the time. Virtually anyone can pick up rubbish. But because those who trash the streets cannot be fired, those who are prepared to do the job are not given the chance. As a result, those with jobs can act with fewer and fewer consequences, and those without them, simply sink deeper into the mire.

It would be a much better prospect for all of us if Gordhan’s comments were the start of the pendulum swinging the other way. It ain’t gonna happen. The current Labour Relations Amendment Bill, which has been stuck at Nedlac for months, seems to go the other way. It would appear to make it much harder to fire people. And it has the backing of labour minister Nelisiwe Oliphant.

Oliphant is a heavyweight. But she’s nowhere nearly as heavy a weight as Gordhan. Gordhan may not necessarily have the ANC constituency, but he has what you really need in today’s politics: the backing of President Jacob Zuma. When Zuma was helping to run Operation Vula in the 1980’s, Gordhan (and a man called Mac Maharaj…) was with him. It was hard and dangerous work, the hangman’s noose beckoned those who were caught. So there’s some serious trust between them.

Gordhan feels he can make these comments with no blowback. We know this because he’s said much of this before. That’s what led to him being smacked around the last time. The smacking that will most certainly come his way from the Left of the Alliance, once the fun and games over the toll roads is over, is unlikely to keep him quiet for long. DM

Photo: Pravin Gordhan, South Africa’s Minister of Finance, gestures during a meeting of finance ministers and central bankers from the Group of 20 top economies in Mexico City February 25, 2012. REUTERS/Edgard Garrido.