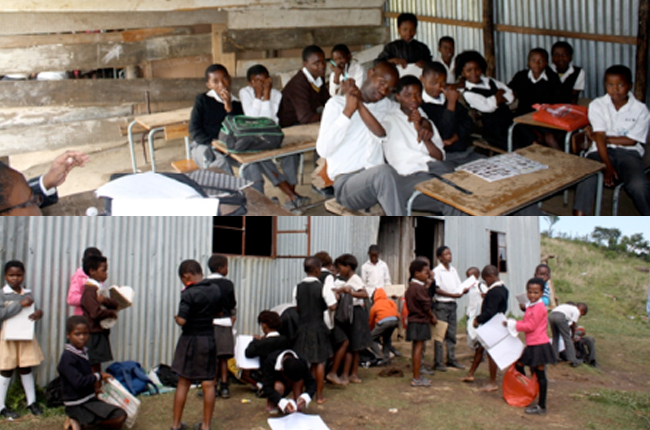 In its 582-page founding affidavit, Equal Education, a movement made up of pupils, teachers and parents, says Motshekga has failed to exercise the powers section 5A of the SA Schools Act gives her to prescribe minima for school infrastructure. Without these minimum norms and standards, the education system, and the children it produces, will continue to be defined by historical inequality, Yoliswa Dwane, head of policy at EE said.

Schools are not required to have functioning libraries, effective sanitation facilities, well-stocked laboratories or even safe classrooms, Dwane said. She added Motshekga herself had recognised that infrastructure, particularly in rural areas, was grossly underdeveloped or dilapidated.

Almost 3,600 schools do not have electricity and 92% do not have a functioning library. In KwaZulu-Natal alone, at least 600 schools have no toilet facilities and Eastern Cape still has 395 mud schools, according to Dwane.

In a report released on Wednesday, the SA Institute of Race Relations said only 15% of schools had laboratories in 2011. That percentage fell to 5% when looking only at stocked laboratories and both have been falling dramatically since 2006, according researcher Jonathan Snyman.

“It is important to ensure science teachers are sufficiently trained and competent in their subjects, but it is equally important they have the means to teach. This requires access to (properly) stocked laboratories,” Snyman said.

The Schools Act, amended in September last year after President Zuma signed the Basic Education Amendment Act into law, effectively enjoins the nine provincial education MECs and the finance minister in Motshekga’s responsibility by requiring that she consult with them beforehand. The act is neither prescriptive about what the minimum standards should be nor does it compel Motshekga to prescribe standards. EE’s lawyer, Cameron McConnachie from the Legal Resources Centre, says prescribing minimum standards would help Motshekga and government do their jobs more effectively.

Dwane said her organisation had been campaigning for two years and had not come lightly to the decision to follow the legal route. She said the organisation was guided by the principle that the right to basic education cannot be seen as separate from the conditions under which pupils are taught. DM