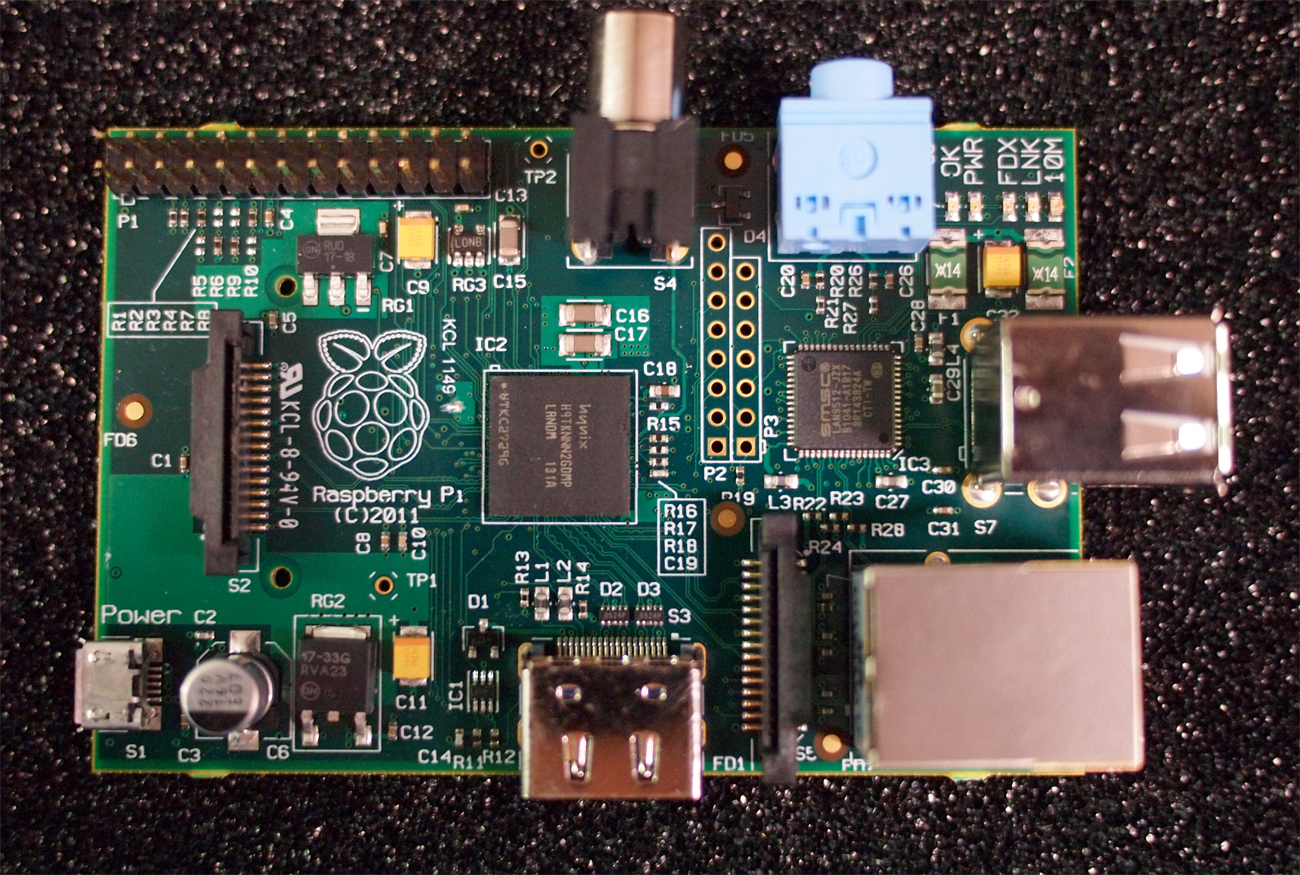 The Cambridge-created computing phenomenon that has taken England by storm is headed for South Africa at a price of about R260. Raspberry Pi, the small computer that plugs into a television set and a keyboard, was invented to get kids coding again. By MANDY DE WAAL.

Like many of the giants of computing, Linus Torvalds cut his teeth on a microcomputer in the 1980s. Torvalds was about 10 years old at the time, and the computer he used was his grandfather’s Commodore Vic 20, one of the first PCs available in Helsinki. There weren’t a lot of programs available for the Vic 20, so Torvalds soon became bored and started creating his own.

Arguably one of the most famous programmers in the world today, Torvalds is the founder of Linux, the free Unix-like operating system developed and distributed as open source software. But what would Torvalds have become if he never had access to that Commodore?

The answer is easy if you look at kids around South Africa. Locally children have mostly become passive users of hardware instead of creators of technology to influence the world around them. As computers and gadgets became more user-friendly, children were increasingly spoilt for choice by the hordes of apps and software available. And for children in marginalised communities or lower income group computers or devices haven’t been an option.

“There was this group of us at Cambridge University, and what we were witnessing was that every year the quality of people applying to study at the university was going down. Every year these people knew how to do less and less,” says Eben Upton, from Cambridge, north of London, and co-creator of Raspberry Pi, told Daily Maverick.

“People were capable of doing less impressive things than before and had gone from elaborate programming to maybe only a little bit of Web programming. This was causing the university a lot of trouble in filling courses in the technology faculty, and it was taking a lot of time to teach people things that previously we could have easily assumed they would have known,” says Upton.

What became evident is that the education system wasn’t gearing students adequately for Cambridge’s technology faculty and this, together with the increasing sophistication of gadgets, meant student were largely losing the drive to tinker with computers.

“We thought about why this might be, and settled on it being something to do with the fact that children used to have computers that they could program. Now they don’t have programmable ones anymore,” says Upton.

“Children have game consoles and PCs, but they don’t have things like a Commodore 64. We thought let’s sit down and try to build a machine cheap enough to give to children and programmable enough so it will encourage them to code – while still being a useful machine for watching videos, or word processing or browsing the Internet.”

The result is a fully operational Linux computer which has a USB port for a keyboard, and a link to plug into a high-definition television set. Once the user has plugged the computer in and linked it to a modem, the Raspberry Pi can surf the web, show high-definition movies, multimedia or do word processing. And it can be used to write code.

At a cost of some R260, the small computer is affordable and enables anyone with a keyboard and a TV screen to start programming. And it is likely that Raspberry Pi wouldn’t only be used by kids. “I think there is an enormous desire among adults to be able to program. You have a lot of children playing computer games who want to get involved in writing code and who may want to pursue computer programming as a career,” says Upton.

Upton’s dream was to create a computer inexpensive enough to enable every child in the UK to have one, and it looks like he’ll get close to this goal. The response to Raspberry Pi has been overwhelming. When launched, distributors were selling about 700 units a second. One distributor announced that its initial production run of 11,000 was sold out on the first day of release. Distributors told the UK press they would not be increasing the price of the computer, but would rather be upping production to meet demand.

“Price is important,” says Upton. “People do have an appetite for cheap hardware, particularly if you already have a television. There are places where people have a television or can find a second television at very low cost, and this gives you a computer at a very small, incremental cost.”

Because it is Linux-based, the Raspberry Pi is getting plenty of support from the open source community. “There are a number of groups of people developing customised documentation and obviously we include a lot of tools and examples with the device,” says Upton. “Online collaborators are already ahead of the first shipment of the device, and there are hotlines and forums people can go to when they need help.”

Raspberry Pi will be available in South Africa through RS Components, which says that although it currently doesn’t have stock, it is already marketing and expects to get a shipment of stock in soon. DM