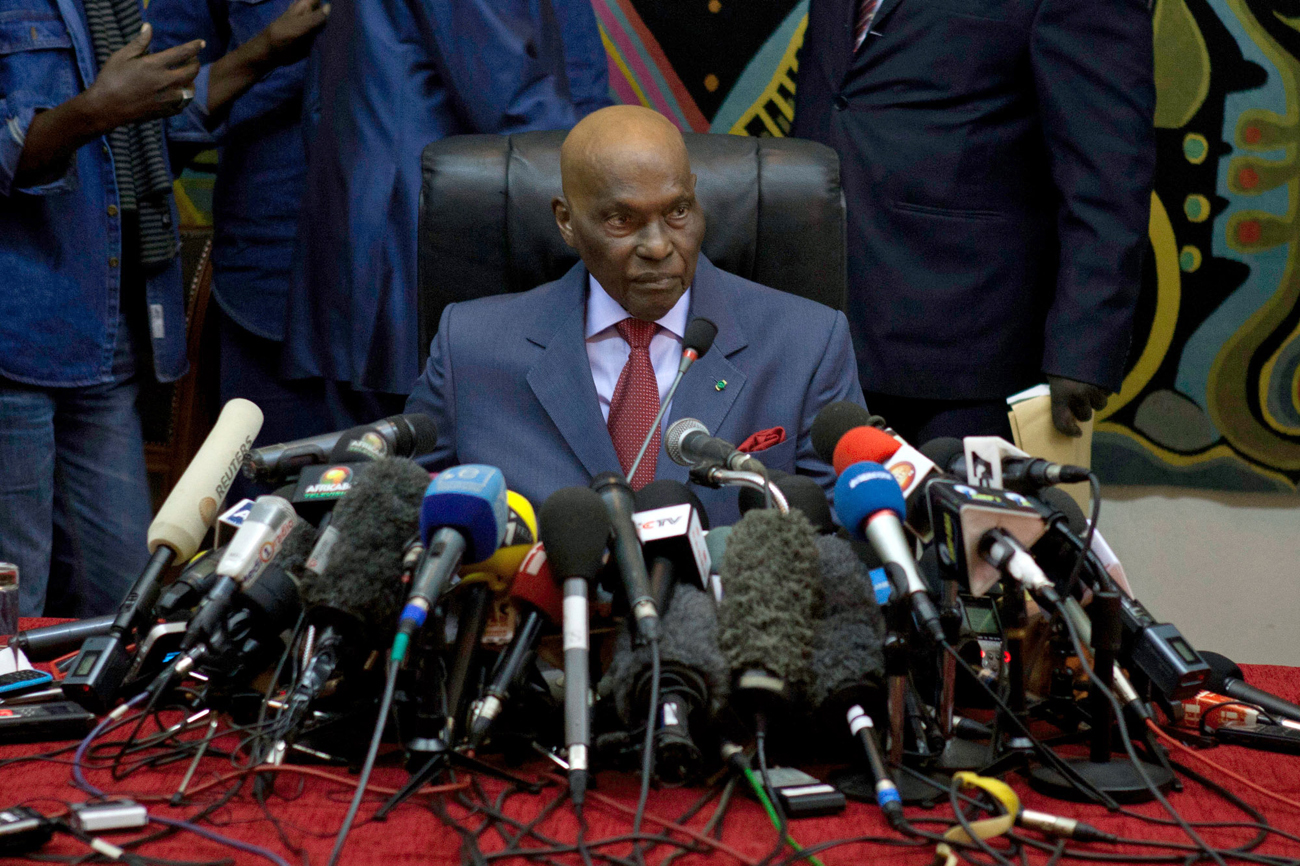 It’s a paradox that the man who won the most votes in Senegal’s presidential elections is also the ballot’s biggest loser. Not that President Abdoulaye Wade will be in any mood to appreciate paradoxes as he contemplates the end of his once-illustrious political career. Africa’s strongest democracy is even stronger than we thought. By SIMON ALLISON.

The results of Senegal’s presidential elections are in and make for disturbing reading if you are one of incumbent President Abdoulaye Wade’s supporters. That’s because there are not as many as he gambled on when he announced his intention – and rubber-stamped it in court – to run for a third consecutive term as president of Senegal, in flagrant violation of the constitutional term limits which he himself imposed.

Paradoxically, even though Wade secured the biggest percentage of the vote (34.8%), he has fared worst. Just look at the numbers. Macky Sall came in second with 26.6%, but he can already count on the endorsements of fourth-placed candidate Idrissa Seck (7.9%) and probably third-placed Moustapha Niasse (13.2%). This would potentially put Sall a few percentage points away from that 50% figure needed to triumph in the run-offs, and he shouldn’t have too much trouble attracting more votes to get him above that mark.

Wade, on the other hand, has plenty of ground to make up and few allies. His wildly expensive campaign (costing nearly three times what it did in 2008) was designed to give him a first-round victory, in the knowledge that winning a run-off would be exceptionally difficult. His only chance is to convince the electorate that Macky Sall’s message of change is meaningless given Sall’s previously close ties with the Wade administration (he was Wade’s prime minister for three years), and that Sall is in it for himself rather than the people. It’s a long shot, but it could be effective, especially given that the same criticism works against Niasse and Seck, both of whom were Wade allies before falling out with the president.

But before we get too excited about the run-off, and the prospect of a democratic handover of power (Senegal’s second in 12 years, with Wade benefitting from the first) it’s worth remembering that run-offs, because of their all-or-nothing outcomes, can be dangerous for any country.

There are two examples that spring to mind. Zimbabwe’s last elections in 2008 went to a run-off, where Morgan Tsvangirai was set to challenge Robert Mugabe in a straight electoral fight. This was about the time when Mugabe and Zanu-PF decided to unleash “the fear” on Tsvangirai’s party, launching a campaign of violence and intimidation so brutal Tsvangirai was forced to withdraw from the elections and the international community stepped in to create the unity government that is still in place.

Then there was the Côte d’Ivoire run-off in 2010, which the incumbent Laurent Gbagbo lost by a narrow margin to challenger Alassane Ouattara. Gbagbo didn’t like this result, so he ignored it, and nearly six months of bitter fighting ensued during which both sides were accused of committing atrocities against civilians and one another. Ouattara eventually prevailed, with some French military assistance, but it was a bloody and brutal ascent to power – not a fine example of democracy in action.

But Senegal should be different. The Senegalese are used to elections, and unused to violence. It’s unlikely they’d be willing to sacrifice such a record to further the autocratic ambitions of a man who is no longer all that popular. So far the elections have been nearly flawless, with one local NGO describing as “astonishing” the lack of reported instances of tampering and electoral fraud. This assessment has been backed by the thousands of electoral observers in the country. The first round of the election was not rigged, and it’s unlikely that Wade would be able to fix the run-off under this intense scrutiny.

As Wade contemplates the end of his political future, his opponent in the run-off is thinking that “President Sall” has a nice ring to it – and he’ll be expecting to earn that title in three weeks’ time. He’s attracted praise for his tight, well-run campaign which focussed on more than just opposition to Wade, but also on policy and issues. But his close links with Wade in the past make some in Senegal’s activist opposition uneasy.

Sall has promised to amend the constitution to reduce presidential terms to five rather than seven years (a reform initially imposed by Wade before he reneged on it), and to observe just the statutory two terms in office. And chances are he’ll keep that promise. If he doesn’t, the Senegalese people are likely to chuck him out of office just as they’re about to do with Wade. DM

Photo: Senegal’s President Abdoulaye Wade speaks to journalists at a news conference in Dakar, February 27, 2012. Wade is locked in a tight race with his main rival, Macky Sall, and a run-off between the two is imminent. REUTERS/Joe Penney.