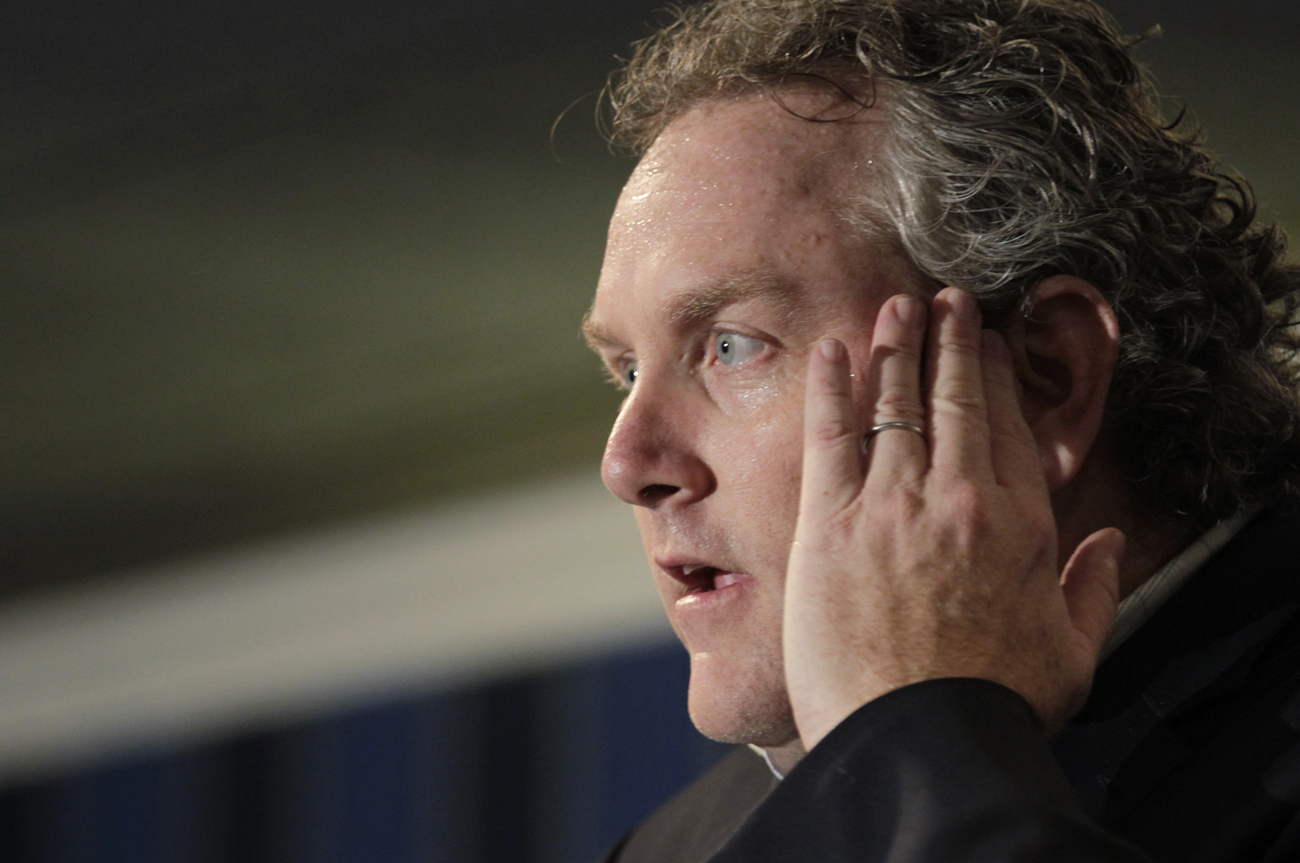 The news came to me via Facebook, by way of a status update that read, “God flushes a mega-turd today.” That post quickly devolved into the boilerplate American political conversation, which doubles as a boilerplate nursery school conversation: “You suck!” “No you suck!” The topic was Internet publisher and far right-wing muckraker Andrew Breitbart, who is dead from “natural causes” at the age of 43.

No one exemplified the toxicity of America’s political and cultural scene more than Breitbart. He was a battering ram that ploughed through the last ramparts of civility, and debased the very notion of a fifth estate, while making a fortune of dough doing so. He was a self-described “journalist and activist,” who used a version of online journalism to bring down Democrat bit players, breaking scandals that were sometimes genuine – take a bow, Anthony Wiener’s wiener – and sometimes entirely spurious.

How, one wonders, did Breitbart get so angry? He was the adopted son of a wealthy Brentwood, Los Angeles, family and floated around the fringes of the entertainment industry for most of his twenties – a secular liberal universe, lightly flavoured by Reform Judasim, to which he was particularly unsuited. In the mid-90s, he came across proto-right wing blogger Matt Drudge, and thought it was “the coolest thing I had ever seen.” He became, in his words, “Matt Drudge’s bitch”, editing the site and linking to his own, now Breitbart.com, as Drudge evolved into the first true online media star.

Then, the twist: He met Ariana Huffington when she was still a Republican, and helped her set up the Huffington Post, which has become one of the pillars of what he describes as the “Left Wing Complex”. Breitbart never hid from that liberal black mark on his otherwise exemplary conservative credentials, and often cited his work with both Drudge and Huffington as career highlights.

After the twist came his personal Darth Vader: Barack Hussein Obama, now president of the United States of America, made the Breitbart business model entirely viable, because all of the hate had to be channelled. Nothing helped fan the rise of the conservative blogging movement more than the rise of Obama himself.

“He’s a Marxist,” Breitbart told the New Yorker magazine of Obama. “His life work, his life experience, his life writings, and now his legislative legacy speak to his ideological point of view.” Breitbart identified Obama as the ultimate Manchurian Candidate, the coup de grace of a movement started in the 1930s by the Frankfurt School, intent upon turning America into a hotbed of socialism and Big Government.

That said, you could substitute the odd paragraph of Theodore Adorno’s diatribes on the idiocy of American entertainment industry with anything from Breitbart’s co-written screed, Hollywood Interrupted: Insanity Chic in Babylon. The men shared a theory – America is being debased by the entertainment complex – if not a political outlook. Substitute Marx for Sarah Palin, and Adorno and Breitbart are the same man.

For Breitbart was the tip of the spear in the far right conservative movement. He appeared regularly on Fox News, and was a Tea Party stalwart, shaking hands and kissing babies along with other right wing blog stars. His sites Big Government, BigHollywood, BigPeace and BigJournalism corralled the work of unpaid web “journalists” into an online hate-fest that attacked the Democratic administrations’ every last move. Nothing was too small or too petty – everything was fair game.

Breitbart also helped initiate some of the more manufactured scandals of the last few years. He was instrumental in the firing of US department of agriculture bureaucrat Shirley Sherrod. The black woman had supposedly made racist remarks at an NAACP dinner – remarks that were posted and disseminated by Breitbart’s online network. But Sherrod’s words were taken out of context, and given the fact that her father was killed by a white Southern farmer and crosses were burned on her lawn back in Jim Crow days, Breitbart’s actions had the feel of a high-tech lynching. In a major embarrassment, the Obama administration – ever sensitive to charges of reverse racism – fired Sherrod and then issued an apology. It was not pretty stuff.

“I’m fighting against years and years and years of the political and cultural left telling people to sit down and shut up,” Breitbart once told ABC News. His legacy is an American political environment that is beyond poisonous – it’s outright dysfunctional. No one on the right can afford to back down, because BigGovernment is there to call them on it.

Bretbart, a big burly bear of a man, is no longer. He collapsed taking a walk on a Los Angeles street, and was pronounced dead an hour or so later. He is survived by a wife, four kids and an America that will continue to fight the fight that he helped start. It’s a fight in which everyone is a loser. DM

Photo: Conservative journalist Andrew Breitbart has died at the age of 43. REUTERS/Brendan McDermid.