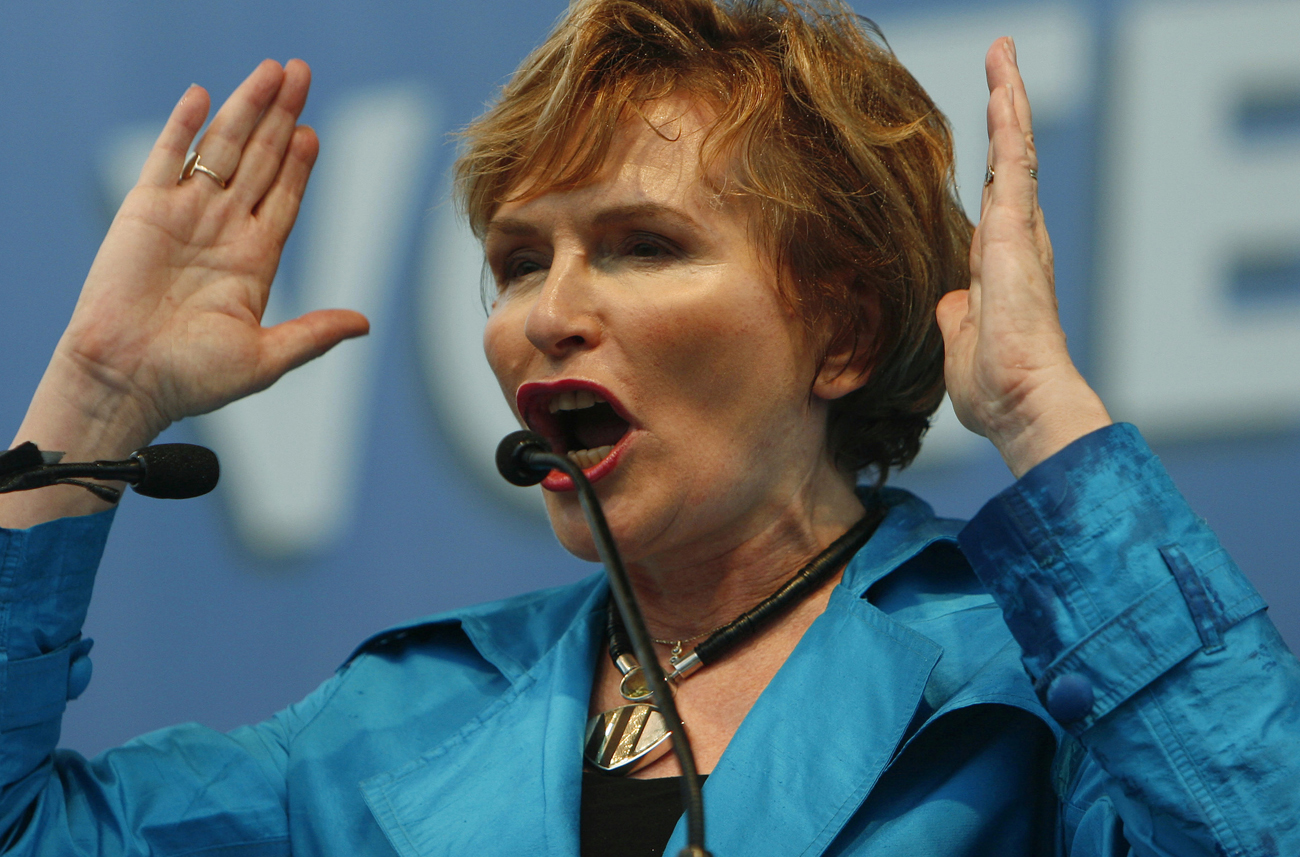 Prolific tweeter, ginger lover and Cape Argus 2012 entrant, Helen Zille is unlike any other politician this country has seen. She’s as tough as nails, too. But she bristles at one accusation more than any other. OSIAME MOLEFE wonders why being accused of pandering to the rich so much tests “Godzille’s” patience.

Western Cape premier and Democratic Alliance leader Helen Zille is a notoriously tough cookie. Columnist Marianne Thamm recounted an extraordinary tale of how Zille remained an exemplar of composure after a field mouse entered through the bottom of her jeans and scampered up her leg while she was campaigning in Seshego ahead of the 2011 local government elections. Having nowhere private to disrobe and extricate the mouse, she carried on with her duties for the day, including an interview and posing for photos – all without showing any sign of the physical discomfort or mental anguish she had to have been feeling.

But that composure gets severely tested when the notion that she is presiding over two Western Capes is brought up as ANC councillor and Cosatu provincial secretary Tony Ehrenreich did again in his response to her state of the province address.

“There are two provinces and two lived realities in Western Cape. There are those who live lives of opulence and extravagance; the beneficiaries of apartheid and the new BEE. And there are hardworking families who battle to survive in an economy that has very little prospects for growth and opportunity, where prices rise and jobs and survival become more tenuous every day,” Ehrenreich said.

He accused Zille, of laying out bold plans for only one of these groups and offering vague promises of delivery to poor, hardworking families.

“Table View residents are riding in the [new MyCiti] buses, while Cape Flats people are still hanging out of the trains with a vague promise that they will benefit in the future. But let’s do the wealthy first as that will benefit the poor,” Ehrenreich said mockingly.

The MyCiti bus service is Cape Town’s new rapid bus service, but only for well-off Cape Town, according to Ehrenreich. The service connects the suburb of Table View, where house prices can run up to R14-million, to the city centre. It also has two temporary feeder routes that run within the city centre and another to Cape Town international airport. The MyCiti service, along with the new “racist” bicycle lanes built between Milnerton and the city centre, have formed the focal point of attacks by the ANC in the province.

On Wednesday morning, just over a year since the bicycle lanes were launched, Zille hopped on her bicycle saddle to race from Table View to the city centre against a car driven by deputy mayor Ian Neilson and a MyCiti bus with ward councillor Joy McCarthy aboard. Zille said the race formed part of her training for the Cape Argus cycle race next month. It did Zille’s stunt no harm either that the MyCiti bus service has been hailed as a success.

About 2.7-million passenger journeys have been recorded on the service since its launch as a World Cup service in May 2010 and over 10,000 passengers use the service (excluding the airport line) daily, according to councillor Brett Herron who serves on the mayoral committee for transport roads and storm water. Herron also rode his bike from Table View with Zille on Wednesday.

The race doubled as part of the premier’s campaign to get Capetonians’ bums out of drivers’ seats and on either MyCiti buses or bicycle seats. A barely out of breath Zille said, after finishing nine minutes behind the bus and eight ahead of the car, “We had better exercise than the people on the bus, so the huge advantage of coming second is that you’re fitter. The poor people sitting in the traffic are breathing in the fumes, they are running late and they aren’t fit. That is the worst of all three scenarios.”

Zille said she wanted to extend cycle lanes to other parts of the city, adding she had ridden on the “wonderful” set of cycle lanes in Khayelitsha. Dubbed “Godzille”, her normally husky voice becomes severe and takes on a more gravelly tone when the topic of “two Cape Towns” is broached.

The likely cause for her taking personal offence at suggestions she is fuelling the further separate development is that she is personally invested in seeing the city and the province, on both sides of the divide, prosper. She also genuinely believes she is doing everything in her power to make that happen.

The Metro Rail service, an unavoidable bane in the lives of many of those who live in the underserviced townships skirting the Cape Town city centre, is currently under the control of national government and the Passenger Rail Agency of South Africa (Prasa). In her state of the province address, Zille said her administration was negotiating with national treasury for Metro Rail’s subsidy to be devolved to cities so that they can set performance conditions to be met before the subsidy is earned.

“It’s important that we get the circumstances right because Metro Rail is expensive, even to run badly as is currently the case. While we believe we can run Metro Rail a whole lot better than Prasa can, we also believe we need to get the money for it at the same time,” Zille said on Wednesday.

In the meantime, plans are underway to roll out the bus rapid transit system to other areas, starting with a permanent service for areas like the Atlantic Seaboard and Woodstock immediately around to the city centre in 2012. Also in the works are routes to Atlantis and De Noon in 2013 and, eventually, the metro south-east, including Khayelitsha and Mitchells Plain. To win taxi bosses over, the MyCiti compensates taxi operators for loss of income on their routes as a result of the bus service, but even that is a difficult negotiation.

In true liberal fashion, Zille put the responsibility for making these negotiations happen faster in the hands of individuals. She said, “Even Tony Ehrenreich can see how well it (the bus rapid transit pilot) works, and maybe the people will want it and won’t let the taxis prevent it.” DM