ANCYL: Only we can depose ourselves

ANCYL: Only we can depose ourselves 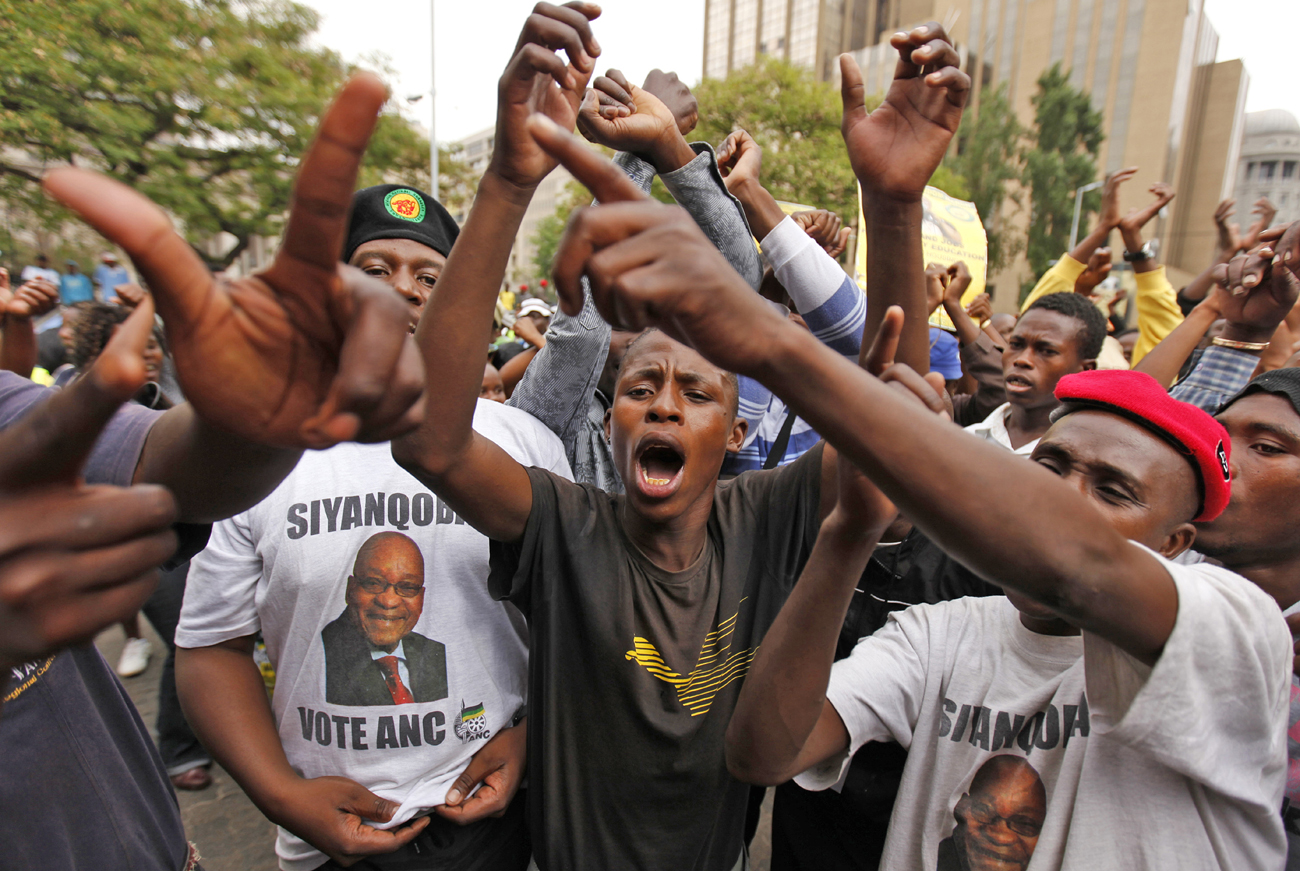 The ANC Youth League resolved at its lekgotla not to subject itself to the discipline of the ANC. Which is strange, because that's exactly what its leaders have done by cooperating with the disciplinary committees that they were summoned to appear before. Fighting words though they may be, this latest statement is, more than anything, a not at all disguised middle finger waved at Jacob Zuma and Gwede Mantashe. By SIPHO HLONGWANE.

When Gwede Mantashe, the secretary-general of the ANC, was asked by journalists whether ANCYL president Julius Malema still held his post, or if his 2010 suspended sanction now applied, he said if they were to be pedantically legalistic about it, Malema would have been suspended from the party the moment the national disciplinary committee (NDC) found him guilty. However, they decided to apply political, not legal, logic and allow Malema to stay on in his position until the entire process had exhausted itself.

As it turns out, this is a brilliant strategy. It robs the ANCYL of the opportunity to use any feelings of resentment that would have inevitably been generated if the ANCYL leadership had been booted out of the party at the earliest opportunity. And as the hearings drag on, people are settling down and getting used to the idea of life after Juju. The ANCYL leaders are now stuck in a situation where the pace of things and the options on the table are controlled by the ANC, not them.

But even as their cases have been referred back to the NDC for a hearing on mitigation of sentence, they’ve decided to stick to their guns and claim the whole thing is a vast conspiracy against them. Slamming the very body that will decide your political future isn’t very clever, but that’s what they’ve decided to do anyway.

At a press conference on Thursday morning, ANCYL deputy president Ronald Lamola read out the League’s statement on the trial.

“The entire process of the disciplinary proceedings of the ANC was politically motivated and meant to resolve political struggles and battles within the ANC. Some in the ANC believe that by removing certain leaders of the ANCYL, they will successfully suppress and undermine the political and ideological struggles of the ANCYL, particularly on nationalisation of mines and expropriation of land without compensation, or will be guaranteed re-election into leadership positions in the ANC,” Lamola said.

They repeated the same arguments they used unsuccessfully at the NDC hearings, saying that some people on the disciplinary committees that ruled on their cases should have recused themselves because they’ve either clashed with the league leaders before, or have openly slated their nationalisation-of-mines stance. They also said that Sindiso Magaqa, their secretary-general, shouldn’t be sanctioned for saying something in the name of the league.

A touching piece of theatre at the lekgotla was when Malema offered to resign if the ANCYL delegates asked him to. They didn’t.

It may seem like we’re headed for a showdown when the ANC finally asks Malema to vacate his position, but comments by the man himself suggest he’s already preparing for life as a cattle farmer (and possibly a prisoner too).

The ANCYL leadership is currently still united around the common purpose of trying to convince – and perhaps even bully – the ANC NEC to seek a political solution as opposed to the sanctions it imposed. How it will look like in the absence of Malema, the man who moulded it to his own liking in the last four years, is anybody’s guess. His lieutenants Pule Mabe, the treasurer general, and Lamola are already jockeying for position (Lamola is likely to retain leadership if there is no new election. If there’s a drive for the ANCYL to have a snap election, it will most likely be driven by Mabe) and there is no guarantee that all the provincial leaders will support the new boss.

The final analysis might reveal that the lasting damage to the ANCYL would not have been caused by their lost fight with the ANC, but by a leader who built it to prop himself up, leaving it severely weakened with his exit from power. DM

Photo: The ANCYL is taking a stand against the mothership, the ANC. REUTERS.