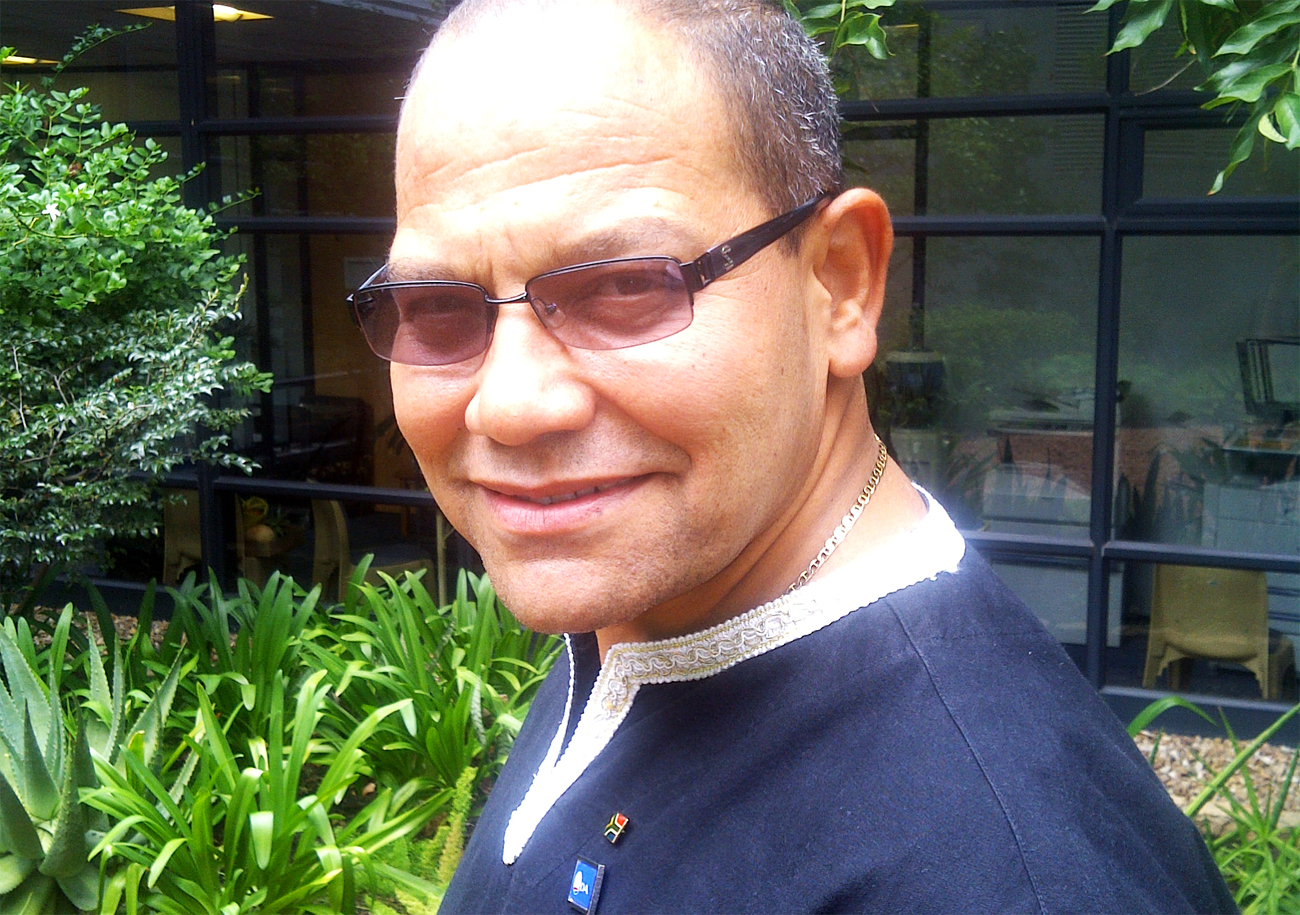 John Moodey, a Democratic Alliance member of the provincial legislature, will be running against Ian Ollis for the position of DA Gauteng leader. While their campaigns have many similarities, on 10 March, 1,000 or so provincial delegates will have a choice between new broom Ollis or the experienced Moodey. By SIPHO HLONGWANE.

On 10 March, the voting delegates of the Democratic Alliance in Gauteng will meet in Pretoria to choose a new leader. The choice has been whittled down to two candidates: Ian Ollis and John Moodey. While Ollis’s stomping ground is both in Parliament, where he serves as the shadow minister for transport, and in Gauteng, where his constituency is located, Moodey is a member of provincial legislature in Gauteng, and was the party leader in the province before Janet Semple, the incumbent.

When he announced his decision to run, Ollis said that the focus of his campaign would be to rally the members towards his vision of a DA-run province after 2014.

Moodey reiterated exactly the same vision when he announced he would be running as well.

While Ollis announced his candidacy with a press conference, Moodey has chosen to run an internal campaign, focused on his strong personal relationships with many influential DA members in Gauteng.

In an interview with iMaverick, Moodey said he had been approached by many leaders from within the province who asked him to avail himself. He then formed a campaign team, after accepting the nomination.

“I have decided that I will not run my campaign in the public domain because I understand this election to be a party affair,” Moodey said. “But I will continue to engage with the media. The public cannot be deprived of my views.”

A former unionist, Moodey has strong views about the ANC’s governance track record.

In his campaign statement, he said, “Too many of our people have become disillusioned after going to bed without shelter or food, day after day, all their lives. And not enough has been done over the past 17 years to give them a hand up to enable them to adequately fend for themselves and their loved ones. Too many children are unable to access quality education and too many young people are unemployed through no fault of their own. I am running because it is our responsibility to share a vision and mission that will deliver all the promises that have been unfulfilled after 17 years under the ANC.”

The campaign looks likely to mirror the parliamentary leadership battle between Lindiwe Mazibuko and Athol Trollip. The former won the contest after running a brazenly public campaign. It remains to be seen whether this will now become a winning strategy for all DA contests.

There were slight rumblings at one point that DA national spokesman Mmusi Maimane would also run, but he declined, saying that he had enough on his plate already. He also serves as caucus leader in the Johannesburg City Council.

The incumbent, Semple, has opted not to run for re-election, but Moodey said he would build on her success (membership numbers climbed steadily under Semple’s leadership). He said members who will vote should look at the combination of his experience and the leadership positions he has held as reasons to vote for him.

“I believe that Gauteng will be governed by the DA after 2014,” he said “We will focus on cleaning up processes within the provincial government. We will root out corruption, especially in the procurement area or tender processes. I will also order a personnel audit, so that we will be able to put the right people in the right positions.”

In order for the DA to win the province, it needs an additional 1-million votes in 2014, having won 21% of the votes in 2009. Moodey believes that these will come from the “born-frees”, or young black South Africans who were born after apartheid rule ended in South Africa and are voting for the first time.

In fact, Ollis has the same idea: he was seen campaigning on university campuses with members of the DA Students’ Organisation in the last few weeks.

According to a source close to Moodey’s campaign, he enjoys strong support in the DA women’s network as well as the youth. He has been quietly lobbying members whose support he already has to show up at congress to vote for him.

Ollis and Moodey share an ideological platform. They both want the province in 2014, and both can claim support from the party youth and various senior leaders. The fact that the DA is a political underdog with a traditionally white support base doesn’t leave much choice for its leaders in terms of their goals and vision. It is only once the DA breaks a certain watershed in the number of voters that it has that we’ll see candidates running on different platforms.

For Ollis and Moodey, it will really be a battle between youth and experience. The winner will likely just pip the other to the post. DM