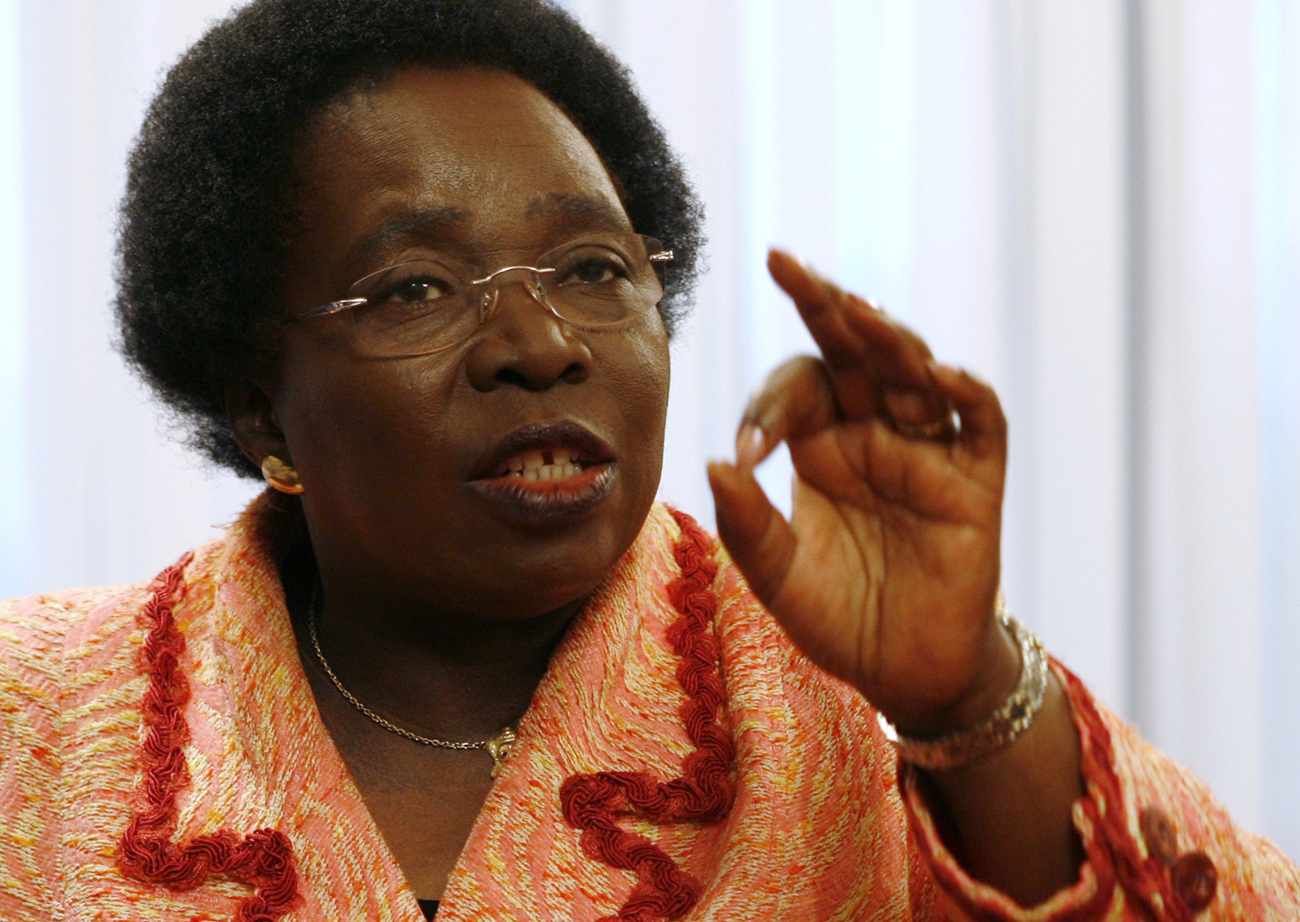 South Africa and SADC have again put Nkosazana Dlamini-Zuma forward as their candidate for that troublesome AU chair position, raising the stakes immeasurably in this bitter fight for Africa’s future. If she wins, South Africa dictates the shape of the AU for years to come; if they lose, they might be left in the diplomatic wilderness. By SIMON ALLISON.

There were no surprises at the announcement on Sunday that Nkosazana Dlamini-Zuma would be running again for the position of chairperson of the African Union Commission. The department for international relations and cooperation (Dirco) has the bit between its teeth on this one, and it’s not letting go.

More surprising was the whole-hearted endorsement of her candidacy by the Southern African Development Community, which appeared unscarred by the debacle in Addis Ababa when neither Dlamini-Zuma nor her opponent, incumbent Jean Ping, receive the two-thirds majority necessary to win the position. Interestingly, the major argument put forward by the Angolan foreign minister when he explained the bloc’s position was not about Dlamini-Zuma’s admittedly excellent credentials for the job or the need for reform in the AU, but the rather less-sophisticated argument that it is our turn: “All other regions have had this position, and through democratic processes, and we have worked with them so what we ask them this time is for them to allow us this chance,” said Rebelo Pinto Chikoti. That message is clear: We scratched your back, now scratch ours.

It’s a pity that Chikoti didn’t choose to stress the argument that Dlamini-Zuma is simply the best person for the job. It’s the line being peddled by South Africa’s diplomats, and it’s a good one. Dlamini-Zuma has an excellent reputation on the African continent and good relations with most countries stemming from her time as Thabo Mbeki’s foreign minister. She was the outward face of the African Renaissance he tried so hard to initiate. And her track record in government is even better. There are few politicians, if any, better qualified for this position.

But this particular fight is not about Dlamini-Zuma herself and more’s the pity, because if it was she would surely have swatted aside the challenge of the largely unpopular Ping. This fight goes to the very soul of the AU itself. South Africa says it wants to reform it and lead changes from the top. Again, it’s a fair argument. No one can deny the continental body needs plenty of change. But there’s a palpable fear South Africa wants to remake the AU in its own image, just an extension of South Africa’s foreign policy. Whether this is Dirco’s devious plan or not, it needs to guard against this perception as it could derail Dlamini-Zuma’s second attempt before it even begins.

The formal announcement of her candidature will doubtless prompt another round of feverish campaigning, with only five months left until the next AU summit in Lilongwe. At least South Africa knows exactly who is and isn’t on its side, so it’ll be able to concentrate on the countries that really count, Nigeria being chief among them. But the great unknown is whether they’re even campaigning against anybody, because although Ping has remained interim chairperson, it is far from clear if he will be running again. If he doesn’t, the group of countries that voted for him might find someone else for the position. That could get really messy.

Renominating Dlamini-Zuma is a bold and risky strategy on the part of Dirco, South Africa and SADC. If they pull it off and get her in charge, it’ll be a diplomatic coup and a huge boost for South Africa’s political aspirations in Africa. Hopefully, it will also revolutionise the AU itself, giving it the respect and credibility necessary to tackle the myriad problems before it. But if they fail – again – they risk further alienating many African countries already not favourably disposed towards the southern tip of the continent, and stunting any chance of AU reform for at least the next four years. The stakes have been raised; may the best woman win. DM

Photo: Nkosazana Dlamini-Zuma has again been put forward as a candidate for the chairpersonship of the AU Commission. REUTERS/Denis Sinyakov.