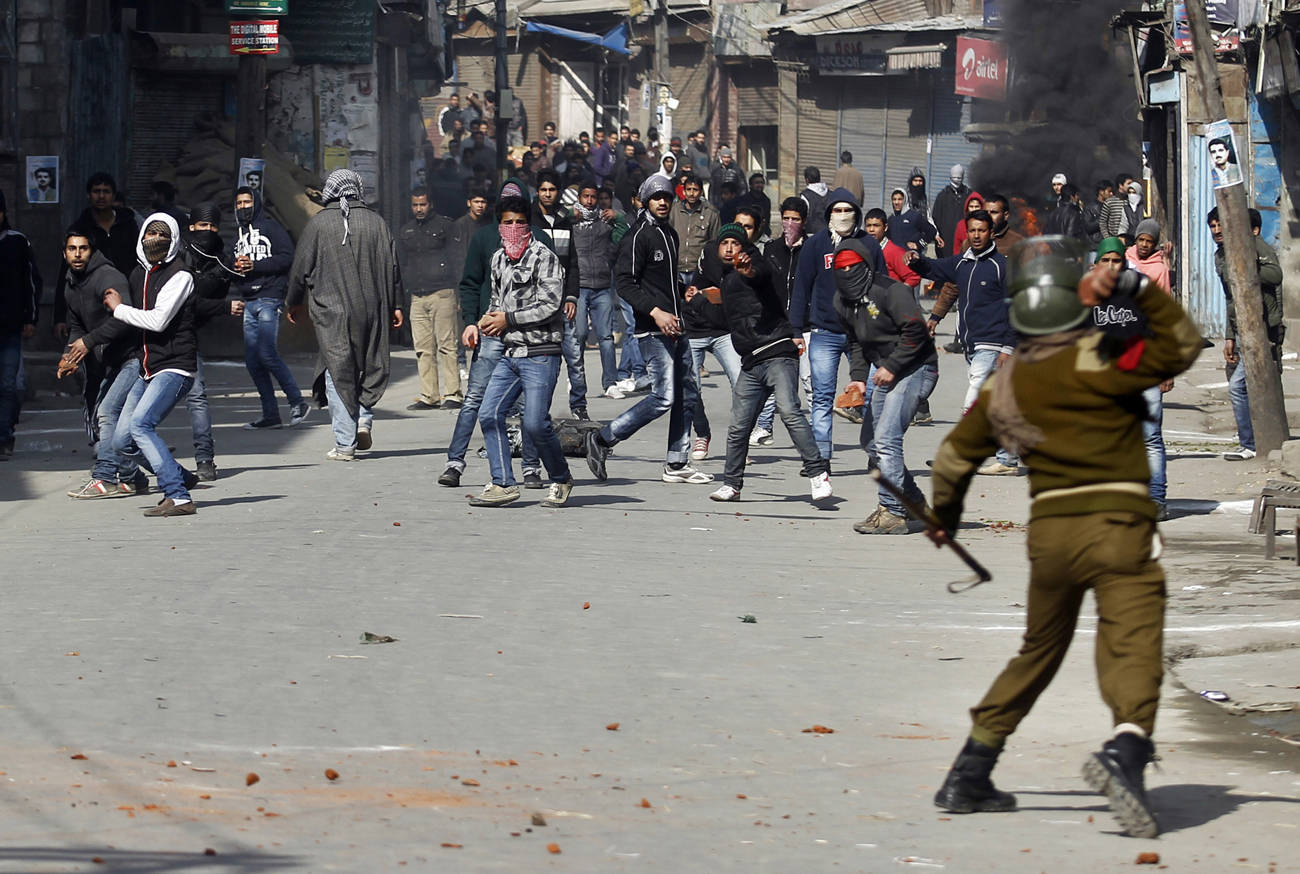 Ashiq Hussain Rather, a 22-year-old man, became the most recent casualty in one of the world’s forgotten conflicts, Kashmir. His death, the Indian army says, was an “unfortunate accident”. Officials offer a job for a family member and an inquiry, but no justice. By KHADIJA PATEL.

Protests broke out in Indian administered Kashmir on Saturday after it emerged the Indian military had killed a young man by accident. According to an Indian military statement, the army acting on intelligence of suspected militants in Lesar, northern Baramullah, led an operation in conjunction with local police to comb the area for militants.

The Indian army says security forces’ presence in the area “created panic in a house which led to an accidental discharge of a weapon in the hands of a soldier”. Ashiq Hussain Rather, a 22-year-old man became the most recent casualty in one of the world’s forgotten conflicts.

The Indian army insists the incident was an unfortunate accident. The victim, they say, was an “innocent young man”, but anger over the killing has been born from a virulent distrust of the official version of events.

Speaking to Daily Maverick on condition of anonymity, fearing reprisals, Kashmiri residents say the incident was far more complex than what the Indian military have owned up to. According to their version of events, the victim had an acrimonious relationship with a member of the local ‘Ikhwan’ militia – Ikhwan are a pro-government militia made up of reformed militants who enjoy the support and security of the Indian army, and are often said to act as their proxy. It is believed that the Ikhwan member in question had gone to the local Indian army barracks, hoping the Indian army would be able to help him in his quarrel with the victim. In stark contrast to the Indian army’s version of events, Kashmiris allege the victim was called out by Indian soldiers accompanying the Ikhwan member and shot dead. “This was not accidental fire,” they say, adding that this is one of many such incidents plaguing the restive valley.

Jehangir Ali, a Kashmiri journalist based in Delhi, is also certain that the incident was not an accident. “I don’t think it’s an ‘accidental killing’,” he says before enlisting his grievances against the Indian army in this incident. He questions the motive of the Indian armed forces on the prowl for alleged militants. “In this case, the armed forces were out to kill,” he says, “And their intention, while opening fire, was exactly to kill the subject. The youth was shot at a place where his wound became fatal for his life suggests that there was a clear intention on part of the forces. And even it is accepted that it was an ‘accidental killing’, repeating such accidents surely suggests that there is may be a larger design to these incidents.”

Govind Acharya, a country specialist at Amnesty International, stresses that it is this repetition of such accidents that points to the greater problem of militarisation. “The killing may or may not have been accidental, but it is indicative of the over two decades of militarisation that has scarred the valley,” Acharya says. “Indian security forces continue to use violence and ask questions or apologise later. This is exactly the same situation we have seen repeated over and again. It’s easy for Kashmiris to be cynical when they hear that the chief minister or the police will order inquiries but we never hear the results. Ashiq is another victim. Violence has decreased considerably but justice and accountability remain absent.”

On Saturday morning, villagers laid Ashiq’s body on a stretcher, refusing to bury him unless those guilty for his death were punished. Only as the Indian military and the state government promised to open inquiries into the death did mourners finally relent. Few however believe the inquiries will bring justice. “Nothing comes out of these inquiries,” Ali says. “But Kashmiris get their message, that they are living in an occupation, and that they can’t do much to change their lives.” He adds ominously, “Resentment piles up and sometimes it spills out on the streets.”

It is this lack of accountability that many feel has emboldened the Indian armed forces to act with impunity in Indian-administered Kashmir. The law, after all, is on their side. The Armed Forces Special Powers Act (AFSPA) grants the Indian military licence to shoot to kill or arrest persons on the ground of “mere” suspicion in certain Indian states. Critically, actions by the military that fall under the AFSPA, renders the army immune from prosecution. For Kashmiris afflicted with a litany of human rights abuses, the only means of redress against a member of the armed forces depends on permission from the central government – permission, legal experts say, that is never granted.
Acharya believes laws like AFSPA are fundamental to seeking accountability in the conflict. “As long as AFSPA exists, perpetrators of human rights violations will continue to be immunised form prosecutions,” he says. “AFPSA is even being used to shield the army from cases of rape and torture despite it not being covered in the AFSPA statute. In any case, AFSPA is a law that provides near total impunity for the army to engage in whatever operations they deem to be in support of India’s policies towards Kashmir. Amnesty International and Human Rights Watch, together with a number of Indian human rights organizations, have called for its repeal.”

Parvaiz Bukhari, an independent journalist reporting from Indian-controlled Kashmir, says AFSPA is one of the most draconian legislations ever enacted by the Indian parliament. The United Nations, Bukhari says, describes AFSPA as a “dated and colonial-era law that breach contemporary international human rights standards.” He adds that AFSPA has been the subject of great debate in Kashmir in recent months and even as government officials promised to lift AFSPA from certain parts of Kashmir, its legacy is a “culture of impunity”.

With little means to redress then, Ashiq’s mother, in grief, in protest but also in disdain of the status quo was seen pelting Indian forces with pebbles on Saturday. Accident or not, her son had been killed by the Indian army hunkering down in her village. He is now one of more than 47,000 people killed since the outbreak of the separatist insurgency in Kashmir in 1989. In recent years, violence has dropped sharply but disappearances, human rights abuses, murders and rapes have gone unpunished as the Indian army enjoys the protection of the law. Apt then as Kashmir’s chief minister Omar Abdullah said while lobbying for a partial revocation of AFSPA last week, “I do not think the armed forces have to commit rape, murder or any other such activities in order to perform their duties.” DM

Photo: The conflict in Kashmir is somewhat forgotten nowadays but the death of a young man  has sparked protests, drawing international attention to the country again. REUTERS/Fayaz Kabli