State of the Nation: Not such great expectations

State of the Nation: Not such great expectations 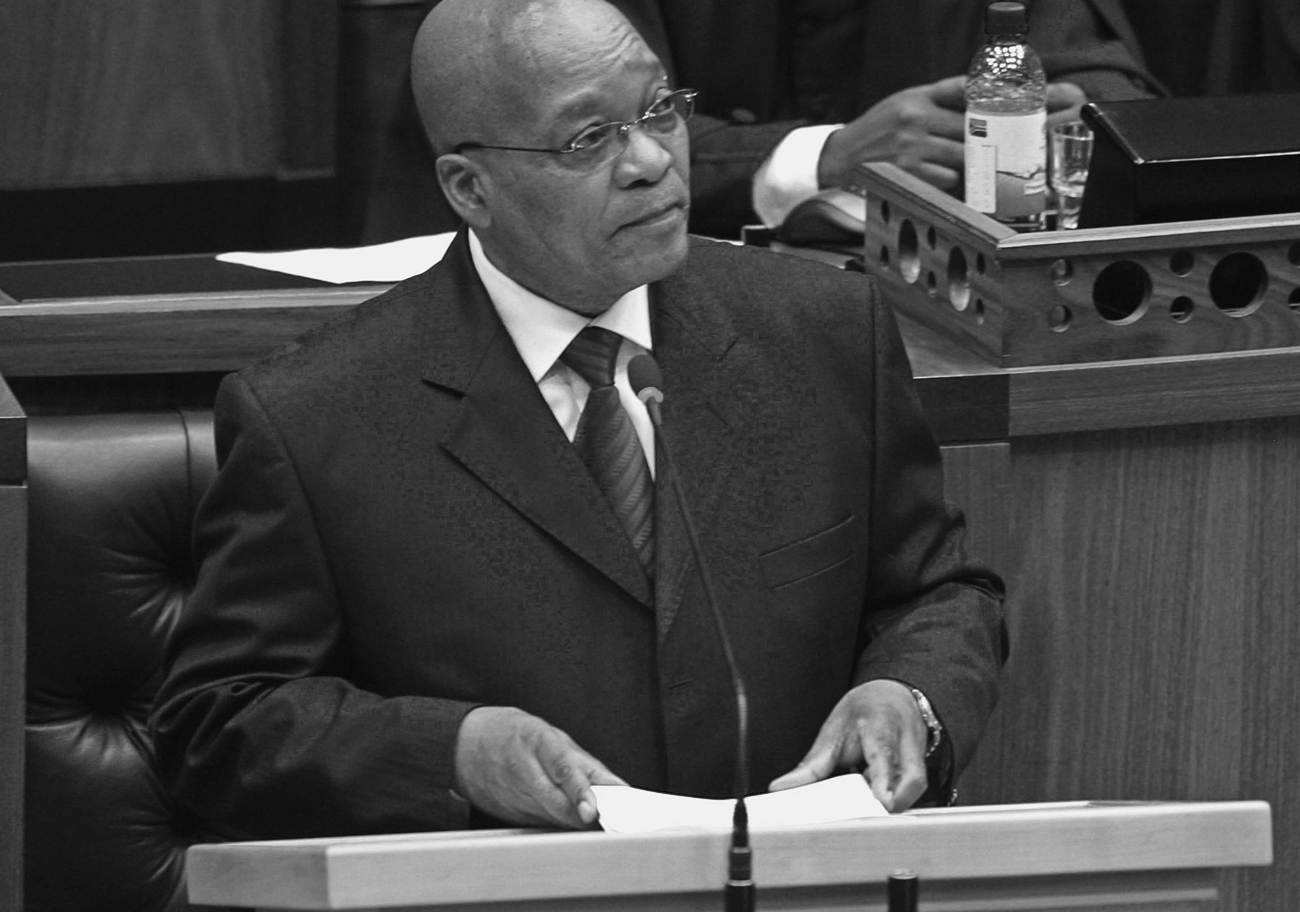 This evening Jacob Zuma will face the nation as president and head of state. There will be pomp and ceremony. Some of it will be fun, most of it will be colourful and there'll be bits that are just plain boring. But after the 21-gun salute, the fashion parade and Zuma's ululatory arrival in Parliament, he'll start speaking. What will happen next? By STEPHEN GROOTES.

Zuma has not had a great run with the State of the Nation Address – 2010 was crap, 2011 a little better. Except that it was the “year of jobs”, and that didn’t work out too well either. This year though, has the potential to be a bit different. Firstly, he’s likely to spend a little more time on his prep and, hopefully, deliver a better speech, better. While we’ve made our point clear on why we believe Zuma doesn’t need to put much time and effort into his speeches, the hope that Mac Maharaj will play a role this year, some external pressure, and the fact that Zuma can, when he wants to, put out a good performance, means there is likely to be an improvement.

Of course the major reason why Zuma may feel slightly easier walking into the main front entrance of the National Assembly is that he is in very much a different political space. For perhaps the first time as ANC president and as president of South Africa, he has space to move. So he can reach a little further, push a little a harder.

That said, Zuma has by now, we hope, realised the limits of the state in changing conditions for our people. It’s not for want of trying necessarily, but the lack of government’s capacity, international environment, the scale of our problems and way that our society works make it difficult for anyone to make a major change quickly. We know by now that the ANC wants to create jobs. We know that up until now, there hasn’t been much focus on the role of the entrepreneurship and the private sector. Due to our strange regulatory system, where virtually every ministry can just add regulation on top of business regulation, this is not the world’s easiest place to set up a business and successfully run it.

All of this is not going to stop Zuma. He knows people want and need jobs; he has to make a promise; it’s that simple. If he doesn’t, there’ll be trouble. So Zuma will promise jobs again. He will probably extend last year’s solution, that government agencies will create jobs, and do the work that really should be done by business. This will increase the strain on the fiscus, but he doesn’t have much of a political choice. There is also likely to be the usual promise to reduce the strain of red tape on small business. Except that no one will really believe it; ANC ministers say that every year.

There will be a lot of focus on the word “nationalisation”. In a small way, it hangs over this address in the same way that “HIV/Aids” hung over some of Thabo Mbeki’s speeches. One person who we can guess has seen the speech is ANC secretary-general Gwede Mantashe. They are joined at the political hip after all. And to judge from his anger on Monday at a nasty hack’s plea for the president to allay fears on this issue, it seems unlikely he’s going to do that. One can never really truly know with Mantashe, but it now seems unlikely.

The other aspect that we know is coming is this issue of “capacitation of the state”. It’s in ANC documents and Cabinet’s lekgotla document. How this is going to be structured is difficult to say. We’ve heard a lot recently from both public enterprises minister Malusi Gigaba and the ANC’s nationalisation report about the idea of a ‘super ministry’. This could be interesting. But it means that Zuma would have to make tough political choices: who loses a ministry, who keeps a ministry but then has another boss. That’s not the kind of thing Zuma does unless he absolutely has to. We’re not holding our breath.

However, change is a-coming in this sector. There’s a commission investigating the current set-up of the parastatals, it hasn’t reported yet, but presumably Zuma has some information with which to give a bit of direction.

Deep within all of these documents is also a lament about the leadership of government entities. We’re not talking about ministries but about the various shenanigans at Eskom (Jacob Maroga), Transnet (Siyabonga Gama) and the SABC (too many to list here). We’ve suggested for a while that the ANC is beginning to find it difficult to govern, because of labour laws and unions. This is really hitting home at the parastatals. Look closely, if we’re lucky, there may be a slight hint to an end, however muted, of the worst parts of cadre deployment. Or perhaps a slight de-politicisation of some appointments.

While we’re here, Zuma is very likely to repeat the phrase “teachers must be on time, teaching for seven hours a day”. We hear it from time to time. It’s a real expression of frustration with our education system. This is one issue the ANC is virtually united on. Even the young kittens agree with him on this. But Sadtu is proving obstinate. And the Eastern Cape is just not getting its house in order. Zuma may make a big promise here, something to get the nation behind him. We hope so.

In health there’ll be a token mention of the national health insurance scheme, and land and rural development will get a passing mention. Both ministries are currently in the throes of the Green Paper phase of dealing with their issues, he can’t really interrupt those processes.

Overall, if past experience is any guide, we’re unlikely to feel hugely inspired on Friday morning. Still, it is probably going to be better than the previous years; to be honest, it is one of the easiest tasks, ever. DM

Photo: Jacob Zuma is likely to do better in his State of the Nation Address today than in previous years. But, we’ll probably still be left feeling a little disappointed. (Reuters)