Test cricket: it's never going to survive unless it get...

Test cricket: it’s never going to survive unless it gets a little crazy 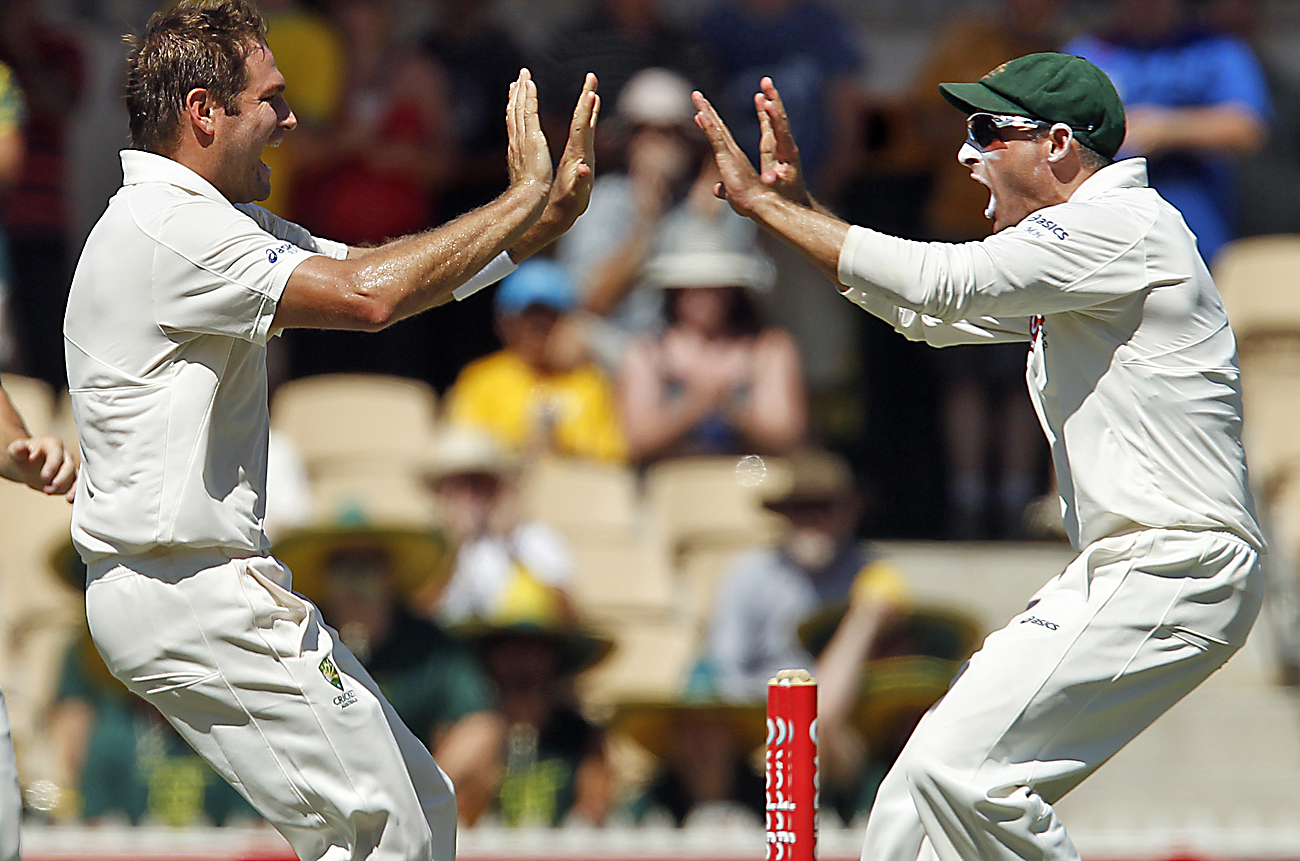 Pakistan whitewashing England in a Test series. New Zealand drawing with Australia. Shane Warne and Liz Hurley hooking up. This is all cricket-through-the-looking-glass stuff. But after years of Australian dominance (following on years of West Indies dominance), this can only be good for the game. By PAUL BERKOWITZ.

Pakistan whitewashed England in a Test series. That sentence makes no sense, even if you read it a hundred times. “Pakistan whitewashed England in a Test series” is the opening line to a cricket joke, like “Two bookies walk into the English changing room”. Actually, that one is rather funny, given that young Mohammad Amir was just released from jail, having served half of a sentence for match-fixing.

The extremely improbable has happened: In just a few months, two teams have lost the Number 1 title to the business end of a whitewashed Test series. The Indian team was first sacked 4-0 while on tour of England. Now England has been soundly thrashed 3-0 by Pakistan. Both India and England, at a certain time over the last two years (and in the right light) were far ahead of the rest of the pack, according to the official rankings. They were starting to pull so far ahead that their more dewy-eyed fans began scrapbooking in anticipation of an Indian era or English era that might last a decade or more. Unfortunately for the manufacturers of craft glue and glitter pens, neither the English nor the Indian teams were able to sustain their momentum. Up-to-the-minute news breaks confirmed what we suspected; the era of empire-building looks over, there is a plurality of regional cricketing powers and no one dominant team.

The whitewash of England has seen them drop many points in the official Test rankings. They’re within striking distance of the Proteas. What was clear daylight between first and second place has been whittled down to a difference of a point, give or take. South African fans have been all over the internet like a teenage girl before a Twilight premiere, running the permutations that would see the team reach top spot in the rankings. If you want to predict what the table will look like by the end of the year, here’s a link to the Reliance IC Test Championship table predictor.

If South Africa whitewash New Zealand in the upcoming three-Test tour we’ll go top of the rankings. Only a clean sweep will do; a 2-0 victory would leave our points unchanged and a 2-1 or 1-0 victory would actually see South Africa losing points. The rankings are partly a function of the relative positions of the teams playing and New Zealand is down at the bottom of the pile.

Even if we do win 3-0, it’s unlikely we’ll stay there for too long. England plays two Tests against Sri Lanka in March and another three against the West Indies in May, giving them enough opportunity to make it back to the top. Barring some unlikely failures by the English against the West Indies and Sri Lanka the Proteas’ tour of England in July should be billed as a contest between The Top 2 Test Teams. At the end of 2012 South Africa will host Australia for three Tests and India will host England for four. Round and around it will continue to go like one interminable Asterix omnibus, with everyone taking turns to be the Romans and the Gauls.

It’s not great news if you’re the type of fan that is only happy when your team is crushing all contenders, like Manchester United in the 1990s, the British Empire from the 16th century until the 1930s and the Zuma Love Machine of 2012. The balance of power in Test cricket seems to be the most stable it’s been in over 30 years.

South Africa, on paper, has the ability to be at the top over the next few years. Or near the top. Or first understudy for the top team, ready to step in at a moment’s notice should the top team come down with some seasonal cold and be unable to perform for a few months. We have one of the best pace attacks in the world. Our team is relatively young. We have an excellent coach in Gary Kirsten and a strong first-class franchise structure which is pretty good at identifying and developing young talent.

On the minus side we have a Test captain who’s been at the job for a decade and is not the fastest learner. We are seemingly addicted to snatching defeat from the jaws of victory, as demonstrated in home series over the last five years. There’s also the small matter of the retirement of one Jacques Kallis over the next two or three years, which will affect the overall balance of the team. And, finally, we haven’t done too well out of the Future Tours Programme and we’ll be playing significantly fewer matches than England, India and Australia over the next eight years, and against weaker opposition. This last point makes it exceedingly difficult to score enough points to consistently top the rankings.

For South African fans it is not yet uhuru. We may never convincingly own the title of top Test team. For all true Test fans, this may be the most exciting passage that Test cricket has ever seen. There are four, maybe five, teams with the ability to beat any other team on a good day. The percentage of Tests that end in a result is at an all-time high. The top teams are so evenly matched that every series has the potential to engage and excite neutral fans, in contrast with the days of the Australian juggernaut that crushed every contender.

Test cricket is unpredictable again. No more Isidingo Sunday omnibus highlights packages to be consumed and thrown away. No more M Night Shyamalan plot twists telegraphed to you in the opening credits. Hopefully the next few years will be Jim Jarmusch features and the odd Lars von Trier fever dream, like this Pakistan-England whitewash. DM