Zuma: the dragon has been slain, it's time to raise the...

Zuma: the dragon has been slain, it’s time to raise the victory sword 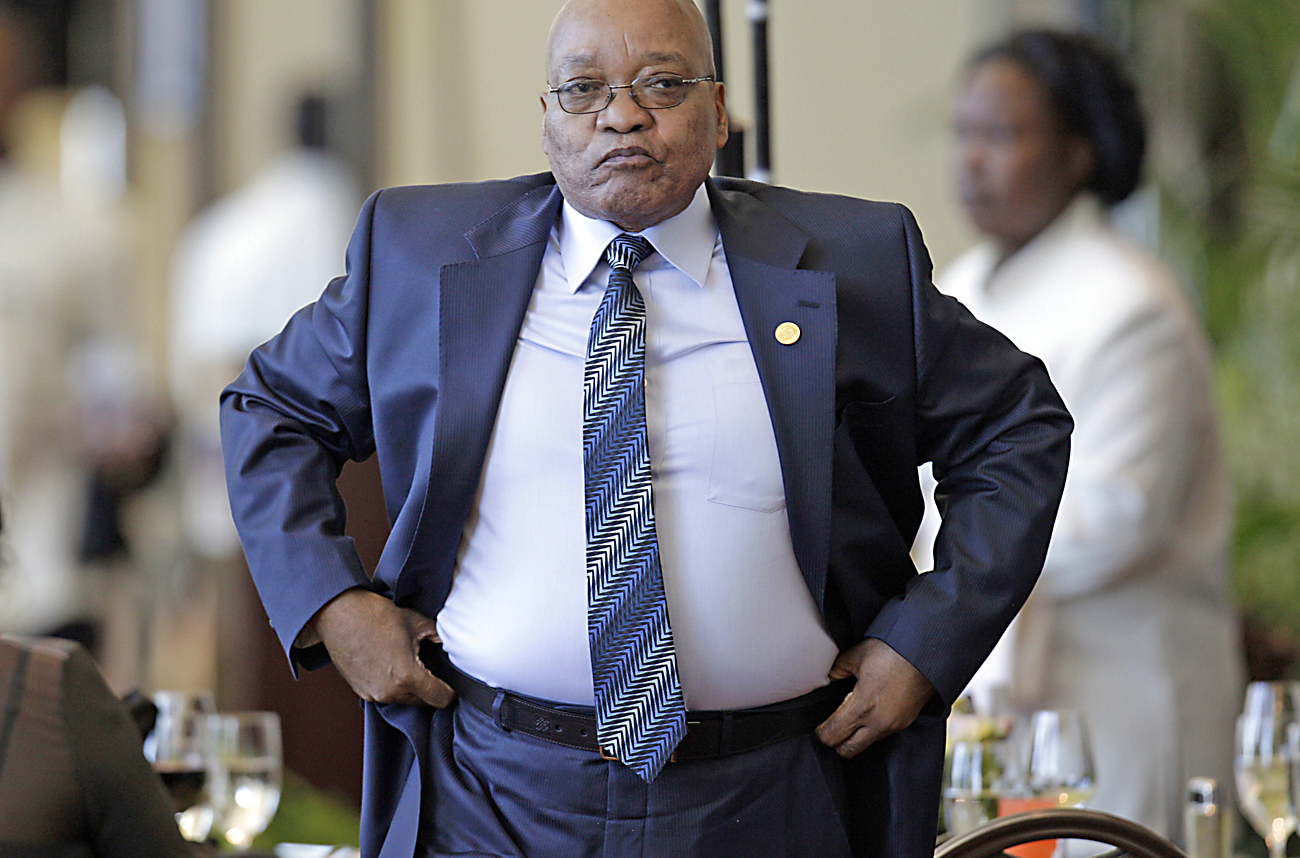 Julius Malema is out of the way as a political force. He's on the floor, seeing stars, and the ref is now counting to the inevitable 10. Jacob Zuma is once more the prime prize-fighter of his generation. The man in charge. The – dare we say it once again – MacDaddy of our politics. He and ANC secretary-general Gwede Mantashe are now the sun around which the ANC would seem to orbit. But what's next? What does Zuma do now, where could conceivable threats come from and who's next in the firing line? By STEPHEN GROOTES.

It’s a tribute to the long-term thinking of Zuma and Mantashe that they find themselves kings of the firmament at the moment. Remember 2010, around this time? Zuma was due to give a State of the Nation Address. Already Malema and co. were moving against him. Fikile Mbalula’s campaign to be the next secretary-general had some momentum. Zuma seemed to have done very little in his first few months at the Union Buildings. And as he was about to make his big speech of the year, the Sunday Times ran, in the biggest possible font, the fact that he had fathered a love child with women virtually half his age. Despite the fact it was thought to be his twentieth child, it was not a moment of political virility. A few days later, he gave his speech. It was a disaster. Halfway through, he got the Development Bank of SA mixed up with Absa. Then it turned out the pages of his speech had been given to him in the wrong order.

Already talk was brewing that Zuma would not see out his first term. The Mbeki recall looked like it could have set a precedent. Zuma looked indecisive, in office but not in charge, feeble, unable to do anything.

Well, look now. The situation is completely different. And the main reason Zuma has survived all of this is because of his sheer political skill, and his patience. He’s moved when the time was right, and not before. He could have moved earlier, but his approach of ‘safety first’ has worked for him.

As a result, we can see what kind of movements he’s likely to make, now that his biggest, most vocal political enemy is off the pitch. Victory at Mangaung, at the moment at least, seems virtually assured.

But first, there’s unfinished business. The Limpopo faction of the ANC, to use a broad brushstroke term to define that group of people punting Mbalula, and including Malema and Mathews Phosa, needs to be dealt with. Cabinet’s intervention is just a start. As Pravin Gordhan’s forensic investigators get down to the nitty gritty of that particular hijacking, more and more leverage is likely to be given to Zuma. As a result, this part of the country is still going to be where the political action is for a while. Cassel Mathale seems to have staved off one attempt to topple him; there’ll be more. And Mathale is running out of ammo fast. Expect this Cabinet intervention to last for some time.

Next on the list is Phosa, the ANC top six member. At this stage, as Zuma seems to get what Zuma wants, Phosa’s probably into his final stretch in the job. He is going to be challenged at Mangaung; Zuma will make sure of it. He doesn’t need an enemy within the top six, the inner tent. Phosa went too far, and he’ll be out of there.

That’s probably where it will end with the national officials. The wisdom of Keyser Soze/Kgalema Motlanthe’s decision to maintain strict radio silence on so many of the pressing political issues of the day is suddenly being well rewarded. Motlanthe will probably stay on. He’s taken a leaf from Zuma’s book, and exercised supreme patience. It’s paid off; he’ll keep his seat.

As a former intelligence operative, Zuma will already be doing a threat assessment. With Malema out of the way, who is likely to raise their head and pose a threat?

Motlanthe is likely to feature highly on that assessment. Even though he’s going to stay in the tent, he needs to be watched like a hawk. He seems to be right behind Zuma. And as they say in politics, if someone’s right behind you, it’s much easier for them to stab you in the back. But Motlanthe has the potential to become something later. Because he was once president, and knows people like Mbalula well, a possible coalition of the wounded could well form around him. He’s someone who has been very careful to make very few enemies. As a result, should there be some kind of movement against Zuma, Motlanthe could be a shoo-in candidate for that faction.

Then we need to look at the provinces. We’ve said before that they’re getting stronger. Some bosses seem to have the ability to say that not only can they make a certain person president but they can prevent someone from becoming president. Somehow, for Zuma, this needs to be checked.

At the same time, Zuma seems to find ways to make mistakes for his enemies to pick on. Remember the whole Sandile Ngcobo affair? Or Willem Heath? Or Menzi Simelane? These are mistakes that should never have happened. Zuma needs to make sure this kind of thing stops happening. It makes him look weak. Unnecessarily so, as the bad decisions pile up. And it’s easy to fix. Just get a better legal advisor. Oh, and it helps to listen to them when they give advice.

There is one other threat that Zuma needs to be very aware of. It’s the possible rise of the out-of-the-Alliance-Left. Malema has now left the building. This means the ANC has lost its safety valve when it comes to service delivery, and the ‘service delivery’ protests we’ve seen. This anger, driven by frustration at a lack of jobs, resources and hope, is only going to grow. It seems there’s almost nothing in Zuma’s toolkit to prevent that. At some point, it’s possible a Malema-like leader springs up around this. And the lesson of Cope was not that it was ever a credible party, but that there is a hunger for a legitimate non-white opposition party. At some point, that will become a major factor. Zuma needs to somehow act now, or feel sorry in the not so distant future.

Talking of the near future, Zuma may want to display his political power soon. Sometimes it’s important in politics to show you’re in charge, to show that you’re taking on your enemies and that you are now victorious. As proud capitalists, we can think of no better opportunity than this week’s State of the Nation Address. And guess what, we can think of the perfect issue too! Nationalisation. Mr President, please, do yourself, and the nation a favour. Stand up on Thursday night and make it as plain as possible that nationalisation of our mines will not happen. We believe the time is right. You, and us, have waited long enough for it. You will be celebrated if you do. And, if we may say, you owe us that much. We understand you had to wait for Malema to hang himself, but the process of giving him that much rope really damaged us; just ask the international investors. Fix it. Please.