Why is Mali's star midfielder so sad?

Why is Mali’s star midfielder so sad? 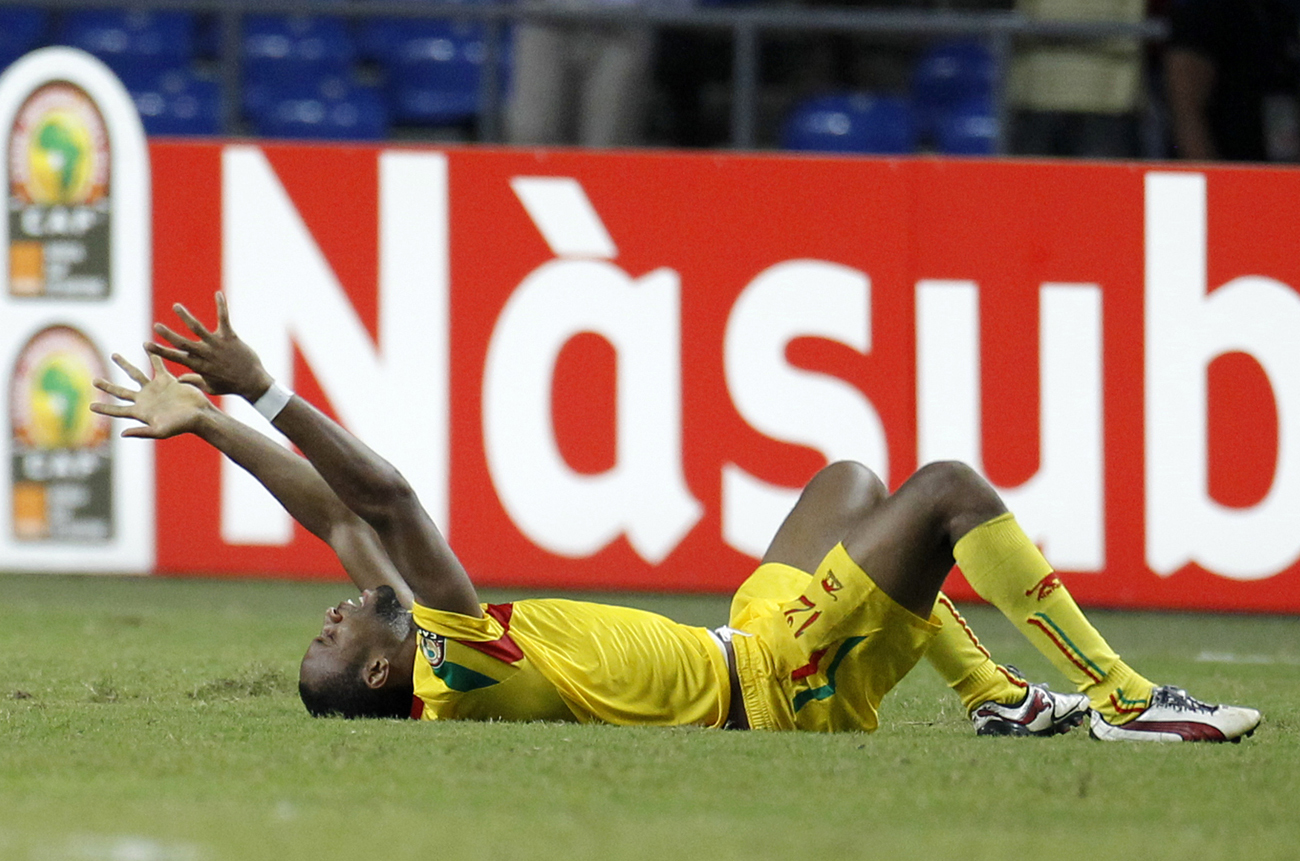 They may be through to the Afcon semifinals, but Mali’s celebrations have been tempered by tensions at home. Midfielder Seydou Keita – of Barcelona fame – appealed for peace, saying how sad he and his team were at the increasingly disturbing reports of the Tuareg rebellion dividing the country. By SIMON ALLISON.

Seydou Keita, star midfielder for Barcelona and Mali, has good reason to be worried. On Sunday evening, minutes after he had calmly despatched the final kick of the penalty shootout to earn Mali a spot in the African Cup of Nations semifinals, he couldn’t restrict himself in post-match interviews to the usual footballing platitudes about team spirit and hard work. Instead, he took a leaf out of Didier Drogba’s book and used the press conference afterwards to vent his frustrations, which have nothing to do with football and everything to do with politics – although, as Egypt’s tragic football riots have taught us, the two are often intertwined.

“I’m appealing to the people to stop. It’s not normal, we don’t do that. We need peace, we are all Malians,” he said after the victory over Gabon. “The president of the republic needs to do the most he can to stop it. We are celebrating our win, but at the same time we feel very sad. There is a sadness among the players.”

His appeal came in the wake of a brutal weekend in his country. At least 20 people were killed (not including rumours of army officers being summarily executed by rebels), hundreds rioted in the capital, smashing windows and cars and thousands have fled their homes seeking safety in neighbouring Mauritania or Niger. No wonder Keita and his teammates are sad: what exactly is going on in Mali, upheld recently as a shining example of Africa’s democratic growth?

Like so many other things in north Africa, it’s Muammar Gaddafi’s fault. At least partly. A strand of the ex-Libyan dictator’s divide-and-rule governing strategy was the incorporation of significant elements of the nomadic Tuareg tribe into his regime. The Tuaregs have historically wandered across the Sahel desert at will, crossing between Algeria, Libya, Mali, Mauritania and Niger. This pattern continued even after the establishment of firm borders. As a result, most Tuaregs don’t consider themselves part of a particular government or a particular nationality – as such, they tend not to recognise that a particular government has any jurisdiction over them. There have been a couple of major Tuareg rebellions against the Malian government, one from 1990-1995 and the other from 2007-2009, and it looks like another’s brewing now.

So where does Gaddafi fit in? Ever-eager to get his hands dirty, Gaddafi sponsored the 2007-2009 Tuareg rebellion, hoping to unseat the stubborn government (to him, at least) in Bamako. But the rebellion failed, and the fighters involved were forced to flee with their tails between their legs. They sought and were granted refuge in Libya, where they helped Gaddafi maintain control. Until they saw the revolutionary writing on the wall and Tuareg convoys sped out of Libya, many (between 2,000 and 4,000 men) returning to northern Mali’s mountainous regions loaded with weapons and cash.

It’s these armed, trained and unsettled men that are said to be behind Mali’s recent turmoil. Shortly after their return, a new political group emerged. Calling themselves the National Movement for the Liberation of Azawad, the group was established to fight for the autonomy of the Azawad region, which is the predominantly Tuareg area of northern Mali. So far, it’s doing just that. Details remain murky, but four of five towns have come under attack so far this year, with Mali’s army finding them difficult to stop. As a result of the fighting, some 15,000 people have already fled northern Mali into neighbouring countries, particularly Mauritania and Niger, neither of which are particularly well-placed to deal with a refugee influx.

Meanwhile, the civilian population in Bamako is getting worried about the army’s inability to stop the insurgency. Violent demonstrations there over the weekend were led by the families of soldiers, sparked by an unconfirmed report that the army had been forced to abandon one northern town after running out of ammunition.

The tensions come just a few months before Mali goes to the polls to elect a new president, incumbent Amadou Toumani Toure having served his two terms. In the meantime, it seems there is plenty for Seydou Keita and his Malian teammates to worry about. DM