As Syrian crisis continues, a much brighter day for Sou...

As Syrian crisis continues, a much brighter day for South African diplomacy 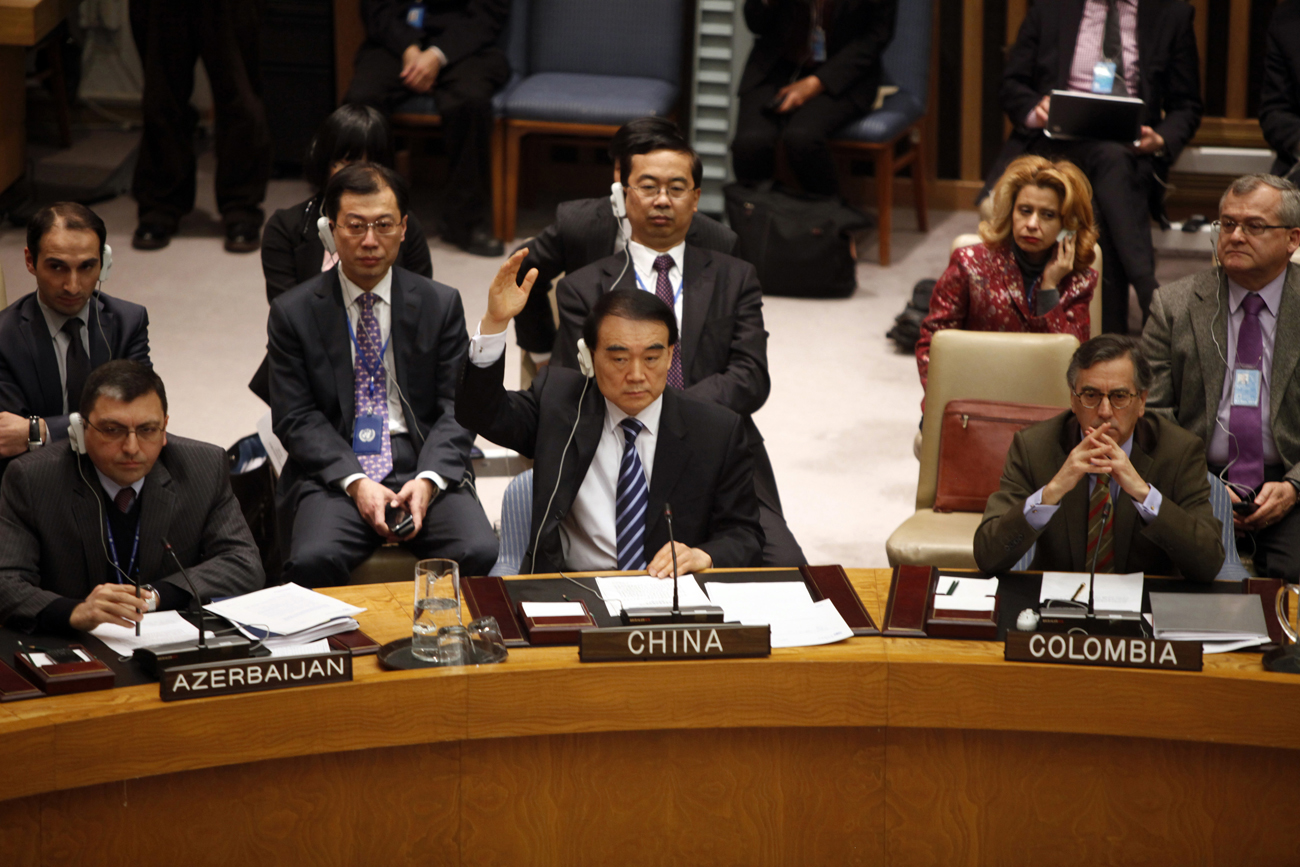 After bedlam in Addis Ababa, South African diplomacy was executed with far more finesse at the United Nations Security Council on Saturday. South Africa voted in favour of a resolution that would have urged Syrian President Bashar Al-Assad to step down. Russia and China meanwhile earned the ire of the US – and much of the civilised world (everybody excluding the likes of Iran, Syria and North Korea, and perhaps Venezuela and Cuba) – by forcing changes to the draft resolution, only to veto it in the end. By KHADIJA PATEL.

We slated South African diplomacy the last time a resolution on Syria was presented to the United Nations Security Council. In October last year, we seemed to have been relegated to a herd-like existence in the Security Council. It looked then like Russia and China held us by the leash and we seemed to have no qualms about yelping in obedience. And yet the South African mission at the United Nations recoils at such allegations. South Africa’s foreign policy, we are told over and over again, is independent and above the influence of the more nefarious of the world powers.

Those same nefarious powers, Russia and China, both wielded their veto powers in the Security Council on Saturday, halting further progress of an Arab League-backed resolution that would have called for President Bashar Al-Assad of Syria to step down. Violence in Syria is showing little sign of abating. As an increasing number of Syrian army personnel are said to defect to the opposition, a vicious cycle of retaliation has stymied any hope of a ceasefire; opposition forces feel bold enough to now take the fight to Al-Assad.

A BBC Arabic correspondent in the embattled Homs province, who is embedded with opposition forces, dispels any optimism that Syria is yet to erupt in civil war. According to him, shelling by tanks and artillery fire continued to rain through the night on Friday well into Saturday morning. He says bodies were yanked out of the rubble of smashed houses on Saturday. In the fog of battle, it was hard to accurately estimate the number of casualties.

International diplomacy seems to be far removed from these accounts of mass-killings, torture and wilful imprisonment. And yet there is little else the international community can do right now except continue to pressure Al-Assad to do his bit to put a halt to the violence. A statement released by the Department of International Relations and Cooperation (Dirco) last week stresses that it remains for both sides in this conflict to lay down their arms. “It is imperative that there be an end to violence from all sides as it is apparent from the (Arab League) Observer Mission report that the opposition is also armed. Consequently, civilians bear the brunt of the violence perpetrated by the government and armed opposition groups,” the statement says.

South Africa’s message, communicated well ahead of the final vote on Saturday, was clear – the killing must stop. But why did South Africa accede to this resolution but abstain from voting on the resolution presented to the Security Council last October? Does this not smack of the same ambivalence that saw South Africa voting in favour of a no-fly zone over Libya only to cry foul later on? President Zuma said last October if presented with the same Libyan resolution again, South Africa would once more vote in favour of it, but would demand that measures be taken to prevent abuse of the resolution by countries looking to further their own interests. Zuma said South Africa’s abstention from the Security Council vote on Syria the first time around stemmed from fears that the resolution may once more be abused.

Russia has voiced its opposition to any UN resolution on Syria that calls for Al-Assad to vacate power as setting the stage for foreign intervention or ‘regime change’, saying members of the Security Council have been undermining the opportunity for a political settlement by calling for a regime change, and pushing the opposition towards power. Chinese Ambassador Wang Min said Beijing supports Moscow’s stance on the resolution, and called for still more discussions on the divisive points of the proposed resolution.

Human Rights Watch slammed the double veto, warning that it may well signal a green light to Al-Assad’s regime to continue with the violence. “Vetoes by Moscow and Beijing four months ago were irresponsible. Today, after weeks of Russian diplomatic games-playing and in the middle of a bloodbath in Homs, they are simply incendiary,” the organisation said in a statement released on Saturday.

“In the end, by supporting this resolution, South Africa, India and Pakistan, rose to the occasion. They finally saw through Assad’s lies and sided with the Syrian people,” Human Rights Watch says. Russia haggled behind the scenes, forcing changes to the original draft of the resolution and then shot it down even in its altered state. South Africa, however, displayed more flexibility. Assured that the resolution was not a cover for international military intervention in Syria, South Africa was not obstructionist in the negotiations behind the scenes.

And while a failure to effectively communicate South Africa’s foreign policy decisions is often blamed for the hullabaloo that characteristically emanates from our adventures in diplomacy, this week South Africa’s stance on the draft resolution was revealed publicly ahead of the vote. It really was a far better day for South African diplomacy.

What remains to be decided now is whether our most recent outing in the Security Council bodes well for our chances of a permanent representation there. A roundtable discussion hosted by Dirco and the Institute for Global Dialogue in Pretoria on Friday sought to identify South Africa’s motivation in the Security Council. Deputy minister Marius Fransman was meant to shed more light on South Africa’s second tenure in the Security Council, but was off planning parties with the ANC centenary crew instead. In his speech, released afterwards, Fransman however reflects on the lessons South Africa’s diplomats had been forced to learn. “We did realise therefore that there is a need for continuity in order to consolidate our gains, but to also create flexibility to improve on our work and respond effectively to emerging global issues and challenges,” Fransman says.

And while Fransman’s absence was a blight on the discussion, a number of senior diplomats who spoke candidly of South Africa’s challenges at the Security Council – particularly in its failure to gain an African consensus – made this especially clear: South Africa sees itself as a natural leader of the ‘global south’ – the developing world. While most of us look at the future of this country with an air of resignation to the worst, shying away too from positions of global leadership, our leaders in international relations certainly don’t see it that way. Are their heads buried in the sand? Perhaps. But perhaps too theirs is the kind of confidence that is so sorely lacking everywhere else in South Africa.

Expect then more colourful foreign policy adventures. They will not always be popular. They may always not even make sense, but they do come from a place of confidence in South Africa’s ability to lead in its own peculiar way. DM Photo: China’s Ambassador Li Baodong (front C) votes during a U.N. Security Council meeting on a European-Arab draft resolution endorsing an Arab League plan calling for Syria’s President Bashar al-Assad to give up power in New York February 4, 2012. The Homs attack made Friday the bloodiest day of an 11-month uprising and it gave new urgency to a push by the Arab League, the United States and Europe for a U.N. resolution calling for Assad to cede power. The Security Council had scheduled an open meeting for Saturday to vote on the draft. But Russia asked that the 15-nation body not immediately do so and instead hold consultations. REUTERS/Allison Joyce.