A diplomat, a dictator, a wedding, a hug: Ibrahim Gamba...

A diplomat, a dictator, a wedding, a hug: Ibrahim Gambari’s faux-pas that wasn’t 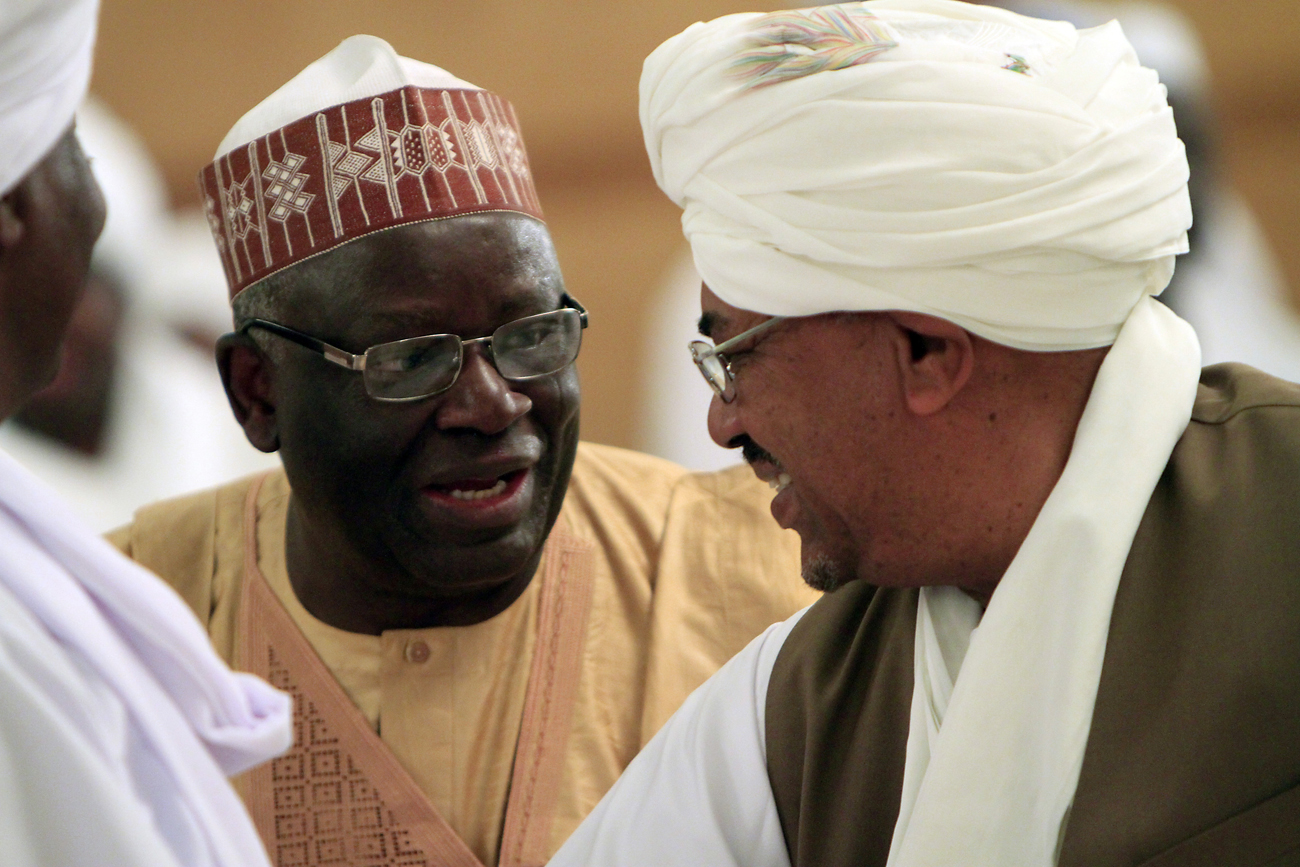 Advice to aspiring diplomats: Don’t hug war criminals, and especially don’t be photographed hugging them. That’s what happened to Ibrahim Gambari, the UN’s man in Darfur, when he ran into Sudan’s President Bashir at a glitzy wedding in Khartoum. But here’s the thing: hugs and socialising are part of diplomacy, and might be what’s needed to keep the faltering peace process going. By SIMON ALLISON.

It was a sweltering night in Khartoum, as they all are, but that didn’t stop the very select group of guests from donning their finest for the occasion. Amani Musa Hilal, the bride, looked radiant in her white, western-style dress, and the exclusive Rotana Hotel was decked out (and in security lock-down) for her nuptials. Conspicuous by his absence was her husband-to-be, a certain Idriss Deby, the 60-year-old President of Chad. But he does have a country to run and the beautiful Amani is merely another addition to his stable of wives. But to make sure the wedding lost none of its glamour, another president was in attendance. Sudan’s Omar Al Bashir, the only sitting head of state ever to have been charged with war crimes by the International Criminal Court, didn’t look too concerned about the accusations hanging over his head as he danced and partied. Nor did he seem worried about the breakdown in relations with South Sudan, his government’s severe financial difficulties, the impending famine in certain border states or the smouldering rebellions in various parts of his country. In fact, he was positively beaming when he was photographed with one of the special guests, Ibrahim Gambari.

Gambari is head of Unamid, the United Nations-African Union Mission in Darfur. His job is to mediate a solution between the various actors in that nasty little conflict, and do what he can to keep the very tenuous peace. His job is most certainly not to fraternise with its main antagonists. Involved in this particular party were three of them. Bashir, his foreign minister, Abduraheem Hussein and the bride’s father, the infamous Musa Hilal, known as the leader of the Janjaweed militias, which were directly responsible for much of the killing in Darfur.

So what is Gambari doing in such unsavoury company? Why is the UN representative socialising with men who represent the very worst of humanity? The issue was raised by Human Rights Watch executive director Kenneth Roth in a scathing letter to UN Secretary General Ban Ki-Moon. Outlining that UN guidelines prohibit the interaction of its officials with individuals indicted by the ICC, and that officials are told to avoid any ceremonial interactions with Bashir specifically, the letter concluded: “Discounting these guidelines brings the UN’s credibility in disrepute and sends a terrible message to victims of heinous crimes in Darfur. Indeed, images of Mr Gambari embracing President al-Bashir have been widely circulated, showing Darfuri victims that the head of Unamid socialises with suspected war criminals.”

The UN was quick to respond, rapping Gambari over the knuckles: “Mr Gambari’s attention has been drawn to the letter and to the need to avoid such encounters in future, however unintentional this particular encounter may have been.”

But just how serious was Gambari’s infringement? Let’s have a look at exactly who he is and what he does before jumping to the conclusion that his interaction with Bashir was such a bad thing. Gambari is a career diplomat, serving at one point as Nigerian foreign minister to Nigerian dictator Sani Abacha. This was experience that stood him in good stead for his current role. He was memorably described by Foreign Policy magazine as the United Nations’ favourite dictator-whisperer. “Dictators are Gambari’s specialty. Over the last decade, he has become the United Nations’ go-to guy to coax despotic rulers out of isolation,” wrote Colum Lynch. Gambari was despatched to Zimbabwe and Myanmar, his experience working with Abacha helping him relate to leaders with similar autocratic tendencies. Coincidence or not, both of those countries have made some progress towards opening up political space in the last few years. And now he’s in Sudan, trying to figure out the intractable Darfur issue. This is a conflict in which there aren’t any good guys, only men of varying levels of disrepute. Bashir is among the worst, but he is also the most important.

Knowing this, and given the parlous state of Darfuri politics does it not make some kind of sense that Gambari should seize whatever opportunities he can to speak with Bashir and his lieutenants? Ideally, to discuss the issues and gauge their opinions and motivations, but even just the establishment of a rapport might go a long way in the negotiations to come. This surely will stand Gambari and the international community in better stead that alienating the most important and dangerous players in the conflict.

As much as we’d like to think that politics is about ideals, rights and policies, it’s actually about personality and relationships. Why else would Julius Malema be so popular? Ibrahim Gambari, as the international representative in one of the most conflict-ridden, complicated countries on Earth, needs the freedom to be able make relationships. If it entails going to the odd wedding or two and giving a distasteful hug every now and again, then that’s a price worth paying. DM