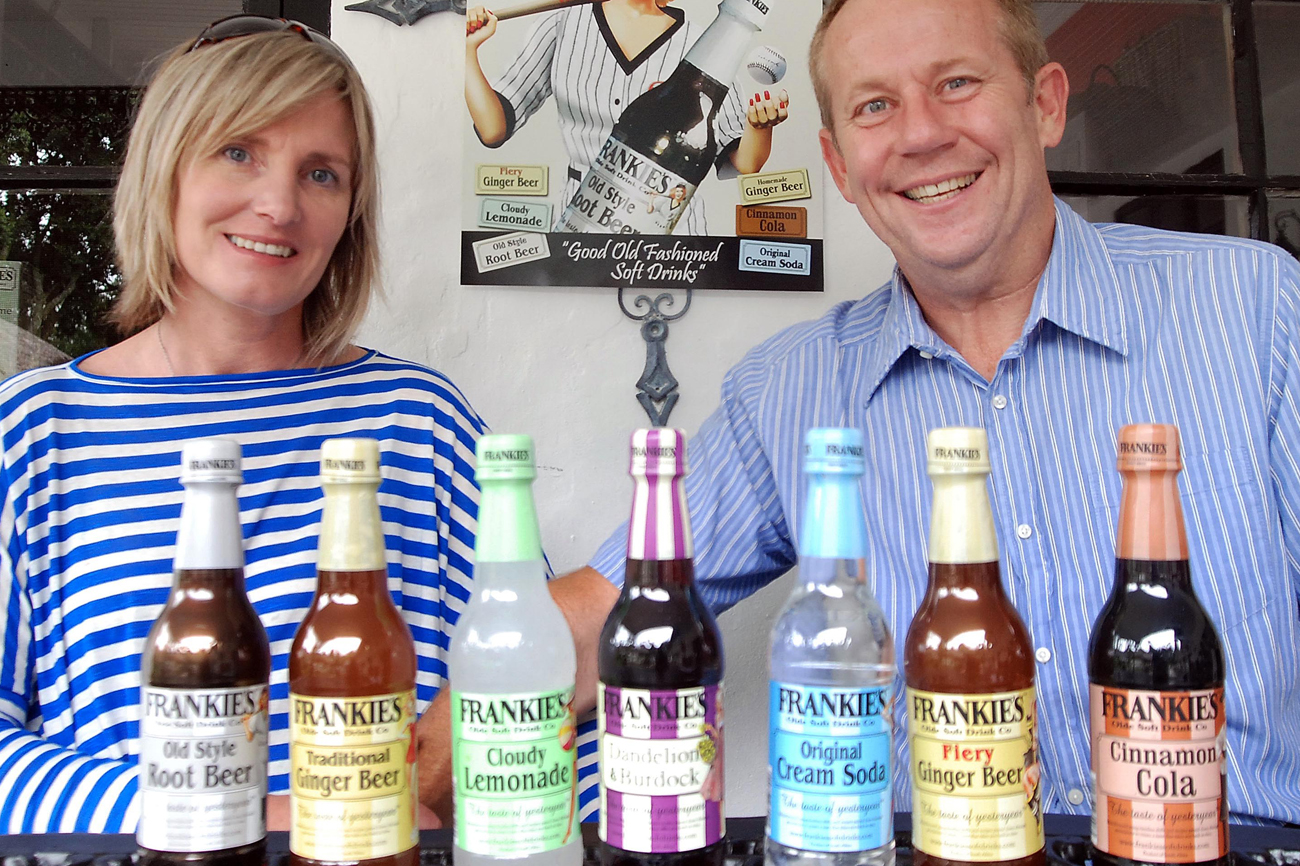 Retail giant Woolworths was dealt an embarrassing blow on Wednesday, which resulted in a product being discontinued when it was ruled that they had imitated Frankie's Olde Soft Drink Company. By GREG NICOLSON.

Frankie’s CEO Mike Schmidt said he didn’t look at the size of the company he was up against, but the dispute has been dubbed a ‘David-and-Goliath battle’. Woolworths has been operating in South Africa since 1931 and trades in more than 400 stores across Africa and the Middle East. In the 2010/2011 financial year its food operations alone had a turnover of R13-billion. Frankie’s opened in 2006 when Schmidt started to drive 100-litres of soft drink around KwaZulu-Natal each week. It’s grown since, but with R18-million in turnover, it’s more of a rounding error for Woolworths.

“We have won the battle, but not the war,” said Schmidt after the Advertising Standards Authority ruled that Woolworths’ vintage cold drink range was an imitation of Frankie’s. Schmidt said the ASA’s ruling related to a small part of the “blatant plagiarism of our brand” and the war would have raged on until the retailing giant withdrew its range. Frankie’s had accused Woolworths of copying its flavours, packaging, the blond woman on the bottle and its brand tagline, the focus of the ruling. Schmidt said he was committed to preserving the integrity of his brand and had planned to meet Woolworths management to discuss ongoing grievances.

But on Wednesday night Schmidt was able to change his tone. “The majority of the war has been won,” he said after Woolworths announced it would take its product off its shelves. Throughout the ruling, it maintained it hadn’t imitated the brand and CEO Ian Moir was steadfast after it was found to have “deliberately and intentionally copied” Frankie’s advertising and packaging slogan. But consumers had adopted Frankie’s underdog plight and vented their rage on social networks. “Public opinion is so much against us and, whether we’re right or whether we’re wrong, customer opinion is against us,” Moir told eNews. The customer is always right, a lesson Woolworths must have learnt in its 80 years.

Frankie’s had complained that Woolworths imitated its advertising in a number of ways, but the ASA’s ruling was based on the phrase “Good Old Fashioned”. Frankie’s said since 2006 all its point-of-sale and advertising material included the slogan “Good Old Fashioned Soft Drinks”. When it expanded in 2009 and started distributing in Johannesburg and the Western Cape, the concept continued to be emphasised as public awareness of the brand developed.

Before Woolworths released its vintage cold drink in November 2011, Frankie’s tried to market its product to the retailing giant and made it clear it considers the phrase “Good Old Fashioned Soft Drinks” to be its advertising property. Woolworths was already creating its own option and had various designs in mind. Nevertheless, it decided to label its new range “Good Old Fashioned”.

Woolworths’ defence was that it didn’t use the “Good Old Fashioned Soft Drinks” tag and because Frankie’s wasn’t the first company to release a brand of vintage drinks, it couldn’t claim the phrase. “We find ourselves in a difficult place where our integrity has been challenged,” Woolworths managing director for foods Zyda Rylands told IOL in December. She said it was “very clear that we did not copy”.

The ASA disagreed. It found that although the idea of vintage soft drinks had been marketed around the world, the concept was relatively new in South Africa. Of such products globally, no references to “good old fashioned” could be found, said the ASA, and it does not automatically follow that a ‘vintage’ product is ‘good old fashioned’, as Woolworths claimed.

Did Woolworths “exploit any advertising in goodwill and/or imitate the words ‘Good Old Fashioned’,” asked the ASA. Yes, it answered itself. But, it was consumers who forced the company to discontinue its product and a smaller business who initiated the challenge. The result may embolden small and medium-sized companies to challenge retailing giants such as Woolworths, which has rapidly expanded its home-brand product development in recent years. And it may just give hope that South Africa is perhaps not hurtling towards a society of faceless gigantic companies that steamroll over everything in their path as a business model. And South Africans still don’t like schoolyard bullies. DM