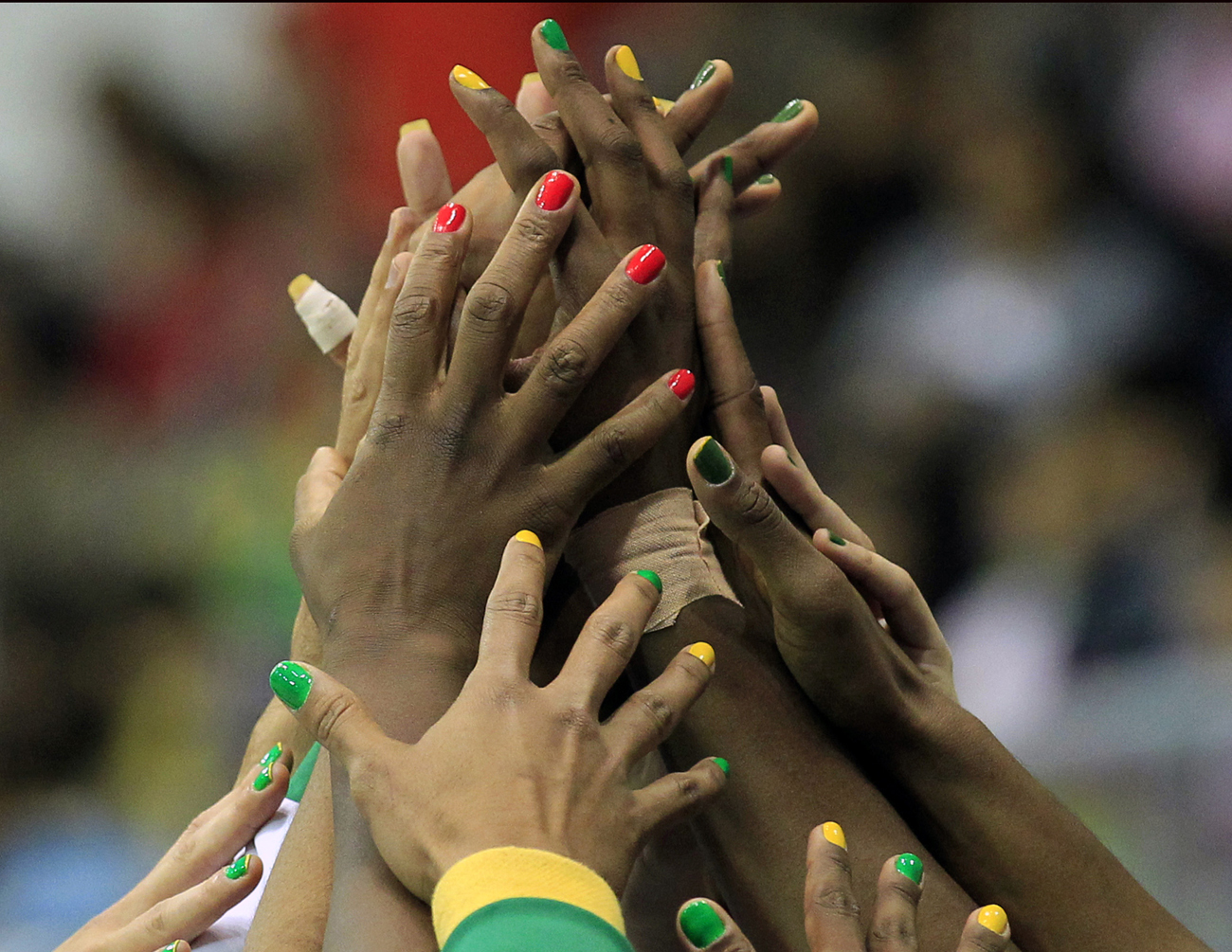 It is amazing that a picture of two people holding each other sans clothes, in a clinch that denotes either love or lust – or a mixture between the two – can spark such comment, and even outrage. Really, what is the issue? There is no act of violence, or aggression, or hate speech or evil intent. Instead there is an expression of affection. And yet there's outpourings of anger, frustration and irrationality. Why? By STEPHEN GROOTES.

When one writes about race in South Africa, or anywhere really, one has to start with a disclaimer. That surely everyone’s experience of being of certain pigmentation must be different. Brothers will have different experiences, even though their DNA is the same; sisters will meet different people, and cousins could vote for different political parties. There is a tendency, also, to take one piece of opinion, either from a paid pundit like myself, or from someone over a braai, and to make that opinion somehow reflective of a group as a whole. So here’s my disclaimer. This is only my view. Slate me for it if you like, but don’t blame anyone else for it. And don’t claim that my view is shared by someone else just because we share the pigmentation. And yes, the concepts of race, of what people actually are, are in quotation marks. Because “white” and “black” are far more than just colours.

When I was living in London in 1999/2000, I remember sitting in the living room of my shared home with housemates from various parts of the world. There was me, another (white) South African, the obligatory Brit and two young women from Curacao. It’s an island, a Dutch colony in fact, off the coast of South America. One was what we would call “white” the other had a “white” father and a “black” mother. On the telly was an ad for some cell phone company, it was all about communication, before videos became the thing. It was composed of dozens of shots of hands reaching out to each other. The hands were all different, sometimes they looked similar, sometimes they were clearly of different generations. At one point, of course, the hands were of different races. After the ad, as an experiment, the other South African and I asked if anyone had noticed the shot with different races.

It was a lesson on how we still have to overcome our upbringings when only those of us with the flat vowels had noticed. The others had to have the ad replayed (on a VCR nogal) before they noticed. Of course, for one of our number, it was simply her parents holding hands, a natural fact of life, for others it was just two people, and for us South Africans, it was a white person and a black person. One wonders what reaction there would have been if we’d had a Serbian or a Jamaican in our group.

So why then this huge reaction to the Democratic Alliance Youth poster? Cosatu’s KwaZulu-Natal province secretary Zet Luzipho seemed to drop off a cliff when he claimed this poster was more evidence of “white supremacy”. My first reaction is to go “huh?” But at the same time, his experience of being “black” is going to be different to that of say, Makashula Gana, the DA’s Youth Leader who is ultimately responsible for the poster in the first place. Come to think of it, who am I to say that his experience is different? I can’t claim to stand in either of their shoes. But I am a fellow human, and thus have to presume their experiences are different.

There has been some suggestion that the DA has made a big mistake here. That a message that was meant for a small group of people is not playing well with a bigger audience. Really? Do you think the DA’s communications people are that stupid? It’s impossible to overestimate the amount of time money and resources the DA puts into its public communications. Everything will be screened before it goes out. There’s no way a poster like this with a DA logo would have hit Facebook and Twitter without being checked. It’s simple really. There’s a long and honourable tradition of political parties using their youth wings to test ideas. If it doesn’t go well, they can pull back from it. Helen Zille can still put out a statement condemning the poster. She probably won’t, but she can if she needs to. And quietly buy Gana a drink for taking the hit.

At the same time, the DA has always made a point of only allowing its youth wing to reply to the ANC Youth League. I can’t tell you the number of times I’ve phoned Zille’s people to get a response to Julius Malema’s latest diatribe, only to be told that the Youth will reply to the Youth. The point here is that they get to promote their youth leaders (who happened to be, well, “black”), at the same time as lowering Malema politically. With that at the back of my mind, I have to presume that this poster is the perfect riposte to what comes across as the sometimes racial chauvinism of Malema. Chuck in the fact that this poster came during a lull in public political conversation, and I wonder if you have to consider conspiracy rather than cock-up.

Incidentally, it seems the ANC, quite wisely, is keeping quiet about this poster. There are some canny political brains at Luthuli House. They know if they get dragged into this, there’s no way they can win. The party is supposed to be the party of non-racialism; the poster is (arguably) non-racialism. What can they possibly say? Particularly when, perhaps a result of Malema’s actions and words, the party’s motto in its centenary year is “united in our diversity”.

Part of the anger directed at this poster seems to be directed at a sense of hypocrisy on the part of the DA. That somehow it’s actually a racist party trying to claim it’s not racist. As South Africans, we’re allowed to be cynical. We’re used to being lied to, we’re used to a daily diet (yes, sometimes fed by us pundits in the media) of looking beyond the words to strain the tealeaves. But I have to ask, what would be the reaction of my former housemate? They wouldn’t notice. It would be a picture of two people, in love or lust. Nothing more and nothing less.

Over the Christmas period, while hosting a radio show, I took a call from a young “black” woman who said she was studying at Wits. She was in the medical school, and couldn’t have been older than 22. She was furious at the tone of what had been a fairly racial conversation. Her point was that her parents had worked furiously hard for a long time, to make sure that apartheid had not affected her in any way. Firstly, her parents deserve respect from everyone. It is still much harder to provide your “black” children with all the opportunities that “white” children have. It’s not about race and ability; it’s about race and, generally speaking, opportunity. But her point cannot be accepted fully either. Apartheid is still with us, economically speaking. We cannot pretend race doesn’t matter. We can’t say that we’re not going to fill in that complicated question “Race” on forms when we still need to know how many black schoolgirls are getting distinctions in maths.

At the same time, I can’t but help but wish sometimes, that I had been born in Curacao. If you think I’m confused about race in general, it’s because I most definitely am. And likely to remain so. Partly as a result of being a prisoner of my upbringing, of being born into apartheid South Africa. And partly, no doubt, because of my own inability to rise above it. That probably deserves some condemnation. To be honest, I’m not sure myself if it does or not. But it’s something to reflect on nonetheless. At least I’m not alone. We as a country are going to reflect on this issue for, at least, the foreseeable future. DM