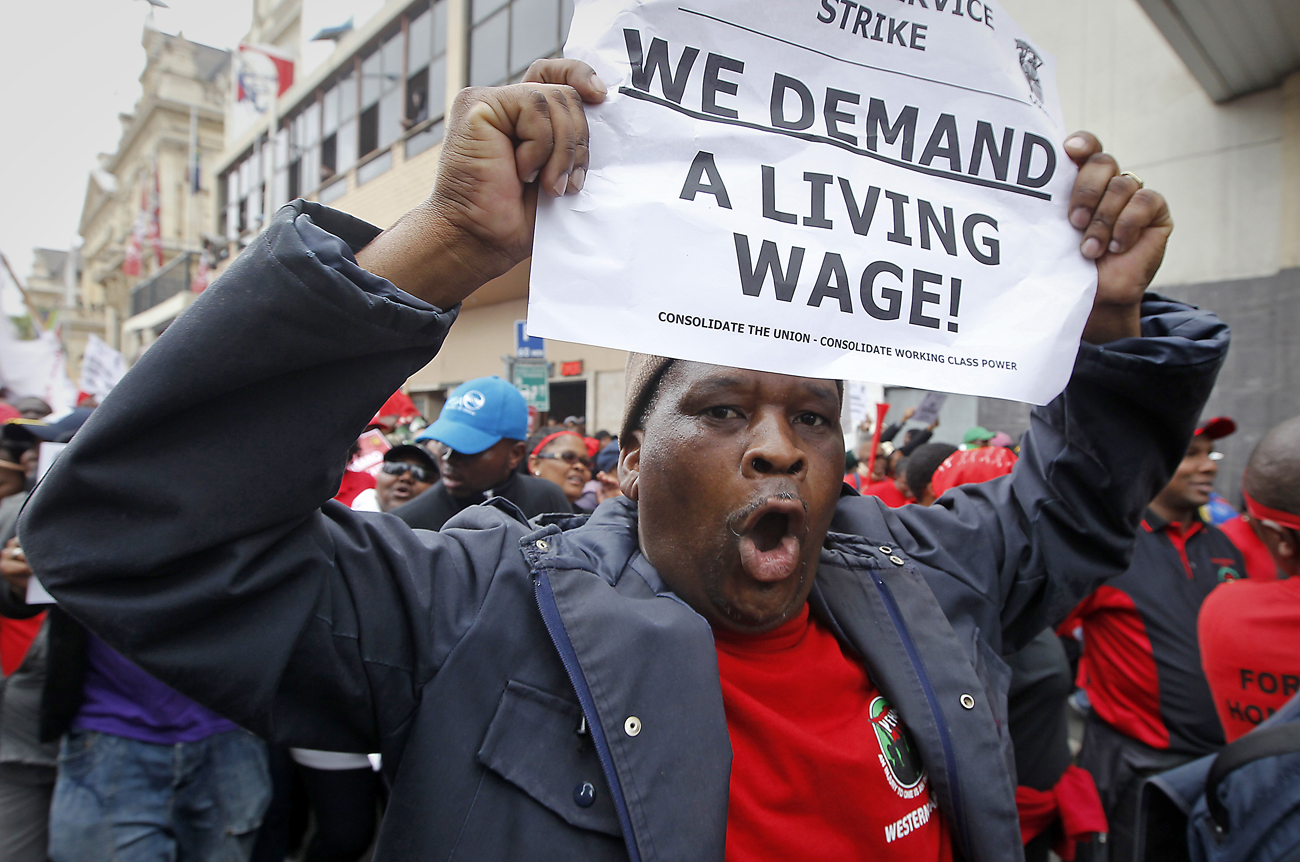 With just a month to go to the budget speech, we really don’t envy the Treasury budget team – but it’s not just the number crunchers who have been fretting the prospects for 2012. Economy voyeurs, that curious species who thrill at the subtle curvature in a line graph, have also been in heated debate about exactly what this year portends for South Africa. By SIPHO HLONGWANE and KHADIJA PATEL.

With the finance minister’s budget speech of 2012 fast approaching, the chatter about what Pravin Gordhan might say upon his return from Davos and how he might weigh the budget has begun. The over-arching concern is how the ever-increasing public bill is going to be serviced in a climate of falling company revenue and shrinking tax bases, thanks to a global downturn, if not downright recession.

On Wednesday morning, several directors at Deloitte met with the media to present a shopping list of potential moves Gordhan might make. The overall feeling is that we won’t see drastic moves in areas like the planned national health insurance scheme, but we will see greater clarity in areas where policy isn’t aligned in a single direction, and the foundations for future schemes will be laid this year, as they have in the last years.

While the debt-to-GDP ratio is expected to peak at the self-imposed level of 40% in 2015, and is well below the exorbitant rates in European countries, the government is nevertheless worried about the levels of debt that the country is currently incurring. This debt is because revenues are falling while public spending is increasing steadily. The expectation in this regard is that Gordhan will make some noises towards debt consolidation in the near future, but probably not too near.

Between the period of 2000 and 2007, the contribution of personal income tax to the total tax burden fell from 43.5% to 29.3% and is currently hovering at about 33% – which really means that the recession has caused taxes like company tax and VAT to have decreased in contribution because people are spending less and the business environment is worse. The wrong interpretation is that the personal income tax is too high. In fact, it may go even higher, if one of the funding regimes for the NHI is implemented.

As far as the NHI is concerned, Deloitte is expecting nothing more than greater clarity as to how the scheme will work, and more importantly, how it will be funded. One of three funding schemes is possible under the current conditions:

Obviously the first two would most likely meet with the most resistance. However, just to keep things interesting, Deloitte believes that it will be better for the country if we went back to a VAT rate of 10%.

Severus Smuts, the lead director for VAT at Deloitte, said that the VAT law needed serious updating, as it had been written in a time when an “email” was unheard of. “We strongly believe the time has come to review certain provisions of the VAT Act to ensure that they are still in line with the intention of the legislature and achieve the required result. We would like to see these reforms being addressed in the minister’s budget tax proposals to be delivered on 22 February this year,” he said.

Whether that will happen remains to be seen – it is likely that if VAT continues to remain untouched, the treasury may simply be waiting to modify it so as to provide for an NHI funding regime.

In the meanwhile, we’re told, long term prospects for the South African economy are cautiously pessimistic – doom and gloom abounds, but one economist in this melee prefers to stay away from speculating on the whiles of the great casino that is the global economy.

Professor Adrian Saville chooses to cast his predictive eye on the short- term fortunes of the South African economy rather than hazard calculated guesses on the long-term. Speaking at the Economic Outlook Conference at the Gordon Institute of Business Science (Gibs) on Wednesday, Saville stressed that South Africa’s economic fortunes are inextricably linked to its trading partners –  the US, Japan and of course, flailing members of the European Union. And much as we lament the gong of Chinese neo-colonialism, the European Union remains South Africa’s biggest trading partner. Each time the European economy receded in the last two decades, Saville tells us, so did the South African economy.

Besides the fortunes of our trading partners, our own internal bugbears will also greatly influence the performance of the country’s economy this year. Ensuring the stability of the rand in such a volatile economic climate may prove challenging, but currency volatility will bring gloomy days. Our squabbling politicians however will also play a great role in determining which way the economy heads – whatever happens in Mangaung may have great implications for the South African economy. And while Msholozi may have succeeded in gagging Julius Malema, considerations of nationalisation are not about to die with Malema’s immediate political career. Communicating policy decisions clearly and effectively will be crucial. And then we’ve got to wonder if Eskom’s going to be able to deal with the strain on the grid.

It’s certainly not going to be an easy year. “We don’t know what’s coming,” Saville cautions, but hastens to add that there is no need for another grand plan from government. “The ingredients to socio-economic welfare have remained the same through the ages,” Saville says. He cites a high savings rate as a crucial factor to the socio-economic well-being of a country. Ours is of course a culture averse to saving, but Saville believes the gap left by a dearth of savings among South Africans can be adequately replaced by foreign direct investment where a high rate of investment in fixed capital translates into economic growth. “To demonise foreign investment, is to cut off our nose,” Saville urges.

But as we throw out the red carpet to foreign investors, South Africa must also look to enhance the demographic structure of the economy. If more people are entering the workforce than leaving it, this contributes favourably to the nation’s productive capacity and economic welfare. So too, a healthy, well-skilled population is more likely to be a harbinger of economic growth than a population in which large swathes must jostle unsuccessfully for entrance into tertiary education facilities, while others suffer from food shortages at state medical facilities.

Improving the quality of the country’s institutions and policy, including monetary, fiscal and industrial policy then are integral. “A transparent and stable policy setting,” Saville says, “translates into greater investment certainty.”

In order for South Africa to effectively address the structural unemployment problem, the economy needs to grow at 10% per annum – far in excess of recent figures and well-above government’s target of six%. “To move the economy from pedestrian and stale to greater dynamism requires bold policy steps, and vibrant economic partners,” Saville says. As much of sub-Saharan Africa registers staggering economic growth, Saville points out the road most obvious for the South African economy. It remains now for South Africa to take advantage of the opportunities right next-door, fostering partnerships to stimulate economic growth. DM