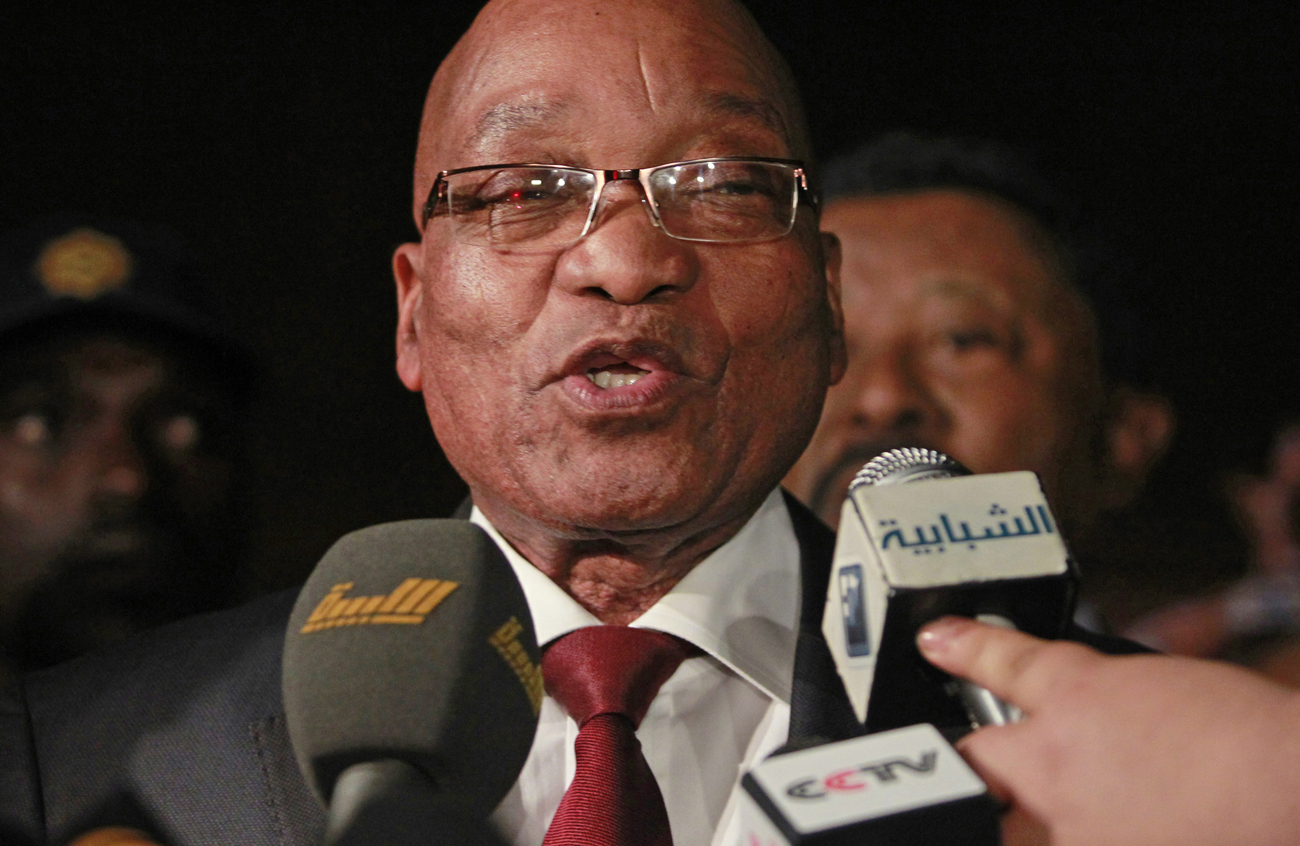 Recent events have shown that the President Jacob Zuma-Gwede Mantashe strand of the ANC is beginning to feel quite confident. Whereas a year ago Zuma seemed to be afraid of saying "boo" to Lindiwe Mazibuko, now he's got rid of some of the corruption from his Cabinet, put Julius Malema under severe pressure and started to act against the hijacking of Limpopo. At the same time, we have to consider what's happening within the ANC’s top six national officials and last week's extraordinary public smack-down of ANC treasurer-general Mathews Phosa by Mantashe. No matter how you look at it, Zuma is once again the MacDaddy of our politics. By STEPHEN GROOTES.

S0 what does this mean, and what can we expect? Or to put it another way, what will Zuma do in the ANC and what will he do in government? Let’s start with the ANC. It’s far more fun, and it’s slightly more topical this week. This is the week Malema gets to make his case to the ANC’s national disciplinary appeals panel. For various reasons, we expect him to lose. This will leave the ANC Youth League virtually leaderless, and the Limpopo faction of the ANC (I see that is your new short-hand for the Malema-Cassel Mathale-Fikile Mbalula-Phosa grouping – Ed) champion-less. This will make them look weak. It’s going to be hard for them to replace Malema. Firstly, he’s one of a kind. Secondly, the person to whom it seemed the usual laws of politics didn’t apply will suddenly have come down to earth, and been humbled. Put out an ad seeking a replacement, and you will not get many callers. It’s that simple. At the same time, the forces of law and order (who just happened to be controlled, to an extent, by Zuma) are snapping at this faction’s heels anyway.

Zuma suddenly faces a virtually empty playing field at Mangaung. It hardly seems possible at the moment that Keyser Soze will now identify himself to be Kgalama Motlanthe. And there doesn’t seem to be anyone else who could fit the bill. So Zuma will now have that most precious of political commodities: time. He will be able to plot and plan and think and work out what it is he wants to do. His plans will go past December 2012 and into late 2017. This increases his power of patronage massively. People wanting to invest in political connectivity will have to invest in the only train going – which will be his.

This means he doesn’t have to play people off each other quite so much. So, expect perhaps one more Cabinet reshuffle, and then that will be that for a while, because he won’t have to satisfy so many constituencies all the time. Why the last reshuffle, you ask. Mbalula. If you were Zuma, would you keep him in Cabinet? And then there’s the nasty business of the Limpopo hijacking. Presumably Mathale’s days are numbered. It will be tricky, but a post-Mangaung Zuma, with a national executive committee more behind him than this one, will be able to act. And when he does, it’s not like the nation is going to rise up against him. The financial numbers, the evidence of irregular tenders and the sheer weight of the horror that is that sorry place are all in his favour.

A more confident Zuma could spell trouble for people like us, too. He’s no fan of the media, and the anti-media faction of the ANC seems to coalesce around him and state security minister Siyabonga Cwele (they’re very close, Zuma brought him in from KZN). So we could see some seriously concerning movement on this front. Without any political enemy to watch his back for, he may feel he can take some serious action against independent media outlets.

We will also see a lack of any real motivation from the top to modernise the ANC. If you were in charge, and would be for the foreseeable future, why change things? It works for you. Zuma is also an ANC traditionalist through and through. So we would be unlikely to see changes to the current system of keeping leadership discussions behind closed doors, or even any structural reforms for the organisation, despite the fact that with a million members, parts of its machinery are barely limping along.

So that’s what’s in store for the ANC. What about government?

Firstly, if the results of last week’s Cabinet lekgotla are anything to go by, don’t expect anything on policy. During the run-up to Polokwane, Zuma was famously described as “policy-light” by The Economist. There can be no better justification for that comment than the statement and briefing by presidency minister Collins Chabane after last week’s four-day Cabinet meeting. Reporters were allowed two questions, and nothing was gleaned from them. This is the main Cabinet meeting to plan for the year. And sure, officials may argue that we will get more in the State of the Nation Address, but I for one, simply don’t believe it.

You would think that on one matter, we would be very pleased that Zuma would be more in charge. Because we’ve been seriously worried about the policy lock within the ANC and the Alliance over jobs and the economy. As a proudly capitalist organisation, we fret that labour laws make it difficult to hire and fire. Mantashe himself said once “there’s nothing more undignified than being unemployed”. But Zuma has gained his power through the Left. Cosatu at one point seemed to be on the edge of ditching him (remember last year’s central committee meeting? Zuma walked into silence). That has changed, partly because the Left felt they needed to guard against the “Right Wing Demagogue” (Or Malema for short). So if there’s one constituency Zuma feels he needs to keep onside, it’ll be the Left. And thus we won’t move on the jobs front at all.

One of the more interesting aspects of an emboldened Zuma will be his treatment of the justice cluster. At the moment, it’s a bit of a mess: there’s no real head of the National Prosecuting Authority, there’s an acting head of the Special Investigating Unit – we could go on. If Zuma feels he has no big political battles he needs to win, he could either just appoint the best people to those jobs, or he could go for broke and try to extend his power by appointing allies. It’s going to be the latter. The same will probably hold true for his replacement of Bheki Cele as National Police Commissioner, when that time comes. Talking of police, we’re also likely to see the continuation of this police “force” as opposed to police “service” business.

Zuma is also likely to feel that as the patriarch of the nation, he will able to speak and act on social issues to a greater extent. He’s a conservative; we’re a pretty conservative nation. So expect tighter liquor laws, and a general change in the current over issues around sexuality and sex generally. Education’s where the real fun might be. Zuma may feel he can finally, once and for all, take on teachers union, Sadtu. He will be able to push for “teachers in school, on time, teaching for seven hours a day”. Let’s hope he wins that battle. But faced with the real power of the unions, Cosatu etc., he’s likely to fold most times. So expect climb-downs from government in the face of strike action.

However Zuma can’t plan all of this yet. He has some hurdles to get through. The Limpopo faction may be behind on points, but the fight’s not quite over. There’s still the prospect of those corruption charges coming back to haunt him, and the ANC is generally a pretty tough organisation to predict. But as time goes on, he’s looking more and more in charge. Until of course, someone else emerges. DM