Mathews Phosa: another one bites the Mantashian dust

Mathews Phosa: another one bites the Mantashian dust 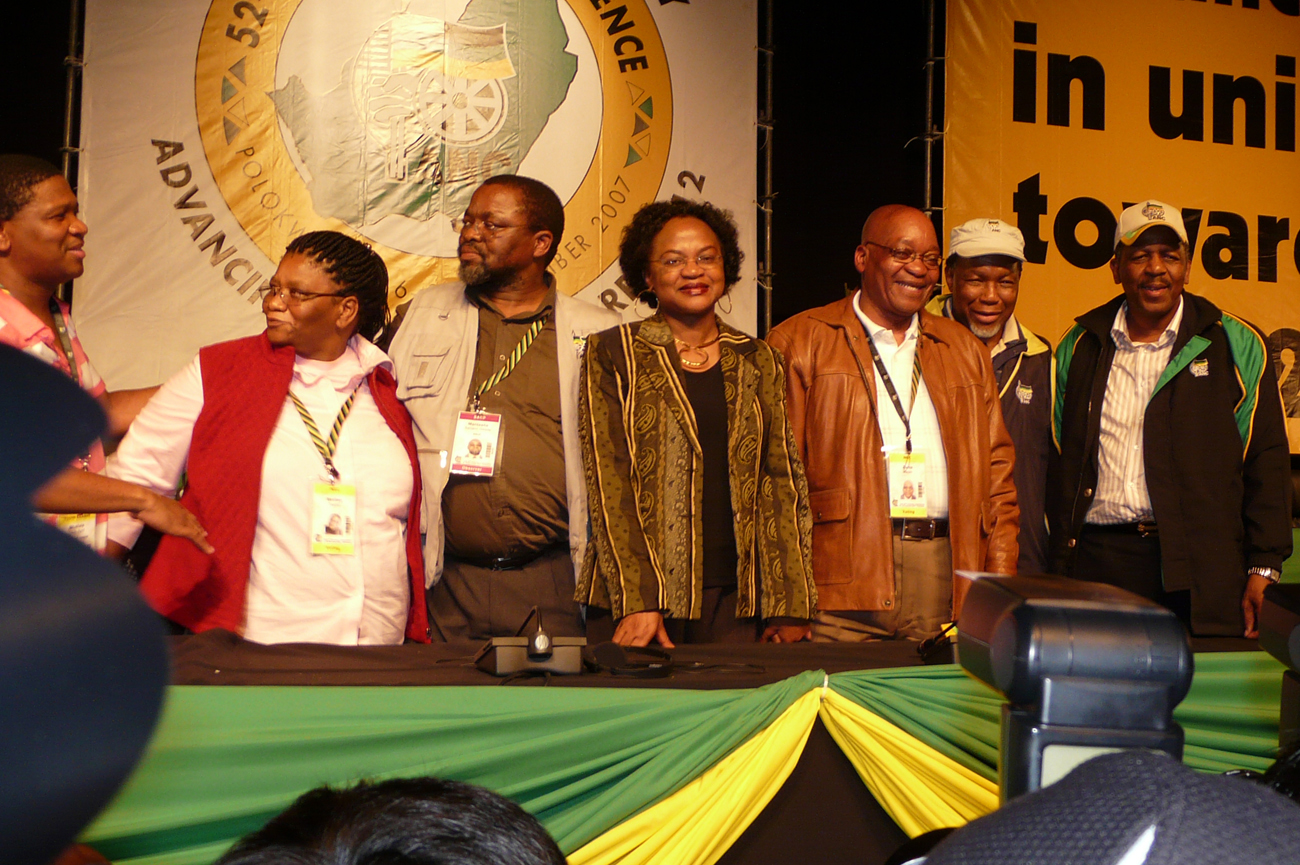 In probably the biggest public split among the ANC's top leaders since Polokwane, the ANC's top officials (the top six if you like) have issued a statement coming as close as ANC language will allow, to a condemnation of treasurer Mathews Phosa. His crime: to publicly show over the weekend what appears to be his support for Julius Malema. It is a truly astonishing move – unexpected, dramatic and would appear to have implications for Mangaung. STEPHEN GROOTES reads the tea leaves.

Over the weekend Phosa spoke in Limpopo during ANC centenary celebrations there. According to the City Press, he said “I know Juju is worried about the (disciplinary appeal hearing), but I want to assure him that the ANC has no dustbin for comrades. If comrades make mistakes, we find a mechanism to address them.” He also went on to speak about the national government decision to put some of the Limpopo provincial departments under administration. This has been hugely contentious move, as it was made just before the Limpopo ANC conference. On that issue, Phosa said: “We would like to know, as the NEC, the impact that this had on service delivery in the province in order for us to tell our government what can be done here and there. If it is true that service providers have not been paid, it is wrong and it must be addressed.”

In short, it seems he’s guilty of two things: speaking publicly about Malema’s disciplinary and criticising the Limpopo move by national government.

Of these, it’s the Malema comments that are so interesting. President Jacob Zuma and ANC secretary-general Gwede Mantashe have been the driving forces within the top six against Malema. That’s not a secret. Question marks have hung over some other members. It’s been presumed that chairwoman Baleka Mbete has no love for Malema or the people he represents. Deputy President Kgalema Fence-Sitter-in-Chief Motlanthe has been silent on the issue, of course, while deputy secretary-general Thandi Modise seems to have a slight soft sport for Malema. But with Phosa, the speculation has always been that he’s in Malema’s corner because he acted as his attorney during Malema’s first hearing in 2010.

Those suspicions have now been confirmed. And the reaction has been quick and vicious.

The money paragraphs are these two:

“As the officials we agreed on the need to uphold the responsibility of investing in the unity of this organisation. We further agreed that this will be achieved with the leadership of the ANC not sending different messages to the public. This, we view as not suppression of views but a leadership responsibility of communicating consistent messages at all times.

“On the issue of the disciplinary case, we have agreed that it is correct for leadership to stay clear off the process as the officials will be expected to implement the outcome of the process. If any of the national officials comment on a matter that is still pending it may be interpreted as trying to influence the outcome. It is therefore not correct for any of the officials to comment on the content and outcome of any case.”

Essentially Phosa was wrong to comment on the case, and how dare he “send differing views to the public”. In ANC terms, this is a very public dressing down; it’s simply not done to talk about divisions or even suggest wrongdoing by anyone. So why now?

Firstly, we’re getting to the sharp point of the Malema issue. His appeal will be heard next week. All indications are that he will lose the appeal, and he’ll be out. It’s even possible that the five year suspension imposed by Derek Hanekom becomes even stronger. There’s a chance that Zuma could get a permanent solution to his problem. It would seem that this is the reason Phosa has spoken; he needed to do something to rally the troops. But it also means that the Zuma-Mantashe axis felt it couldn’t be seen to not act. It’s slightly odd in that it didn’t seem Phosa’s comments were dominating national conversation. Perhaps they were so furious they couldn’t let it lie. Or, knowing the canny pair that they are, they felt this was their moment to publicly defenestrate Phosa.

When Phosa arrived at the ANC’s centenary celebrations (the big one, in Bloemfontein/Mangaung) it was proper protocol for the MC to announce who was arriving. As Phosa did so, there was really silence. It was almost as if no one had noticed he was there. Mbeki got a much bigger cheer. It would seem that’s an indication he is lacking popular support. Presumably Zuma and Mantashe would know that.

What this really achieves for the pair is that it shows they’re in charge of the ANC nowadays. There can be no debate – if someone crosses the line, they’re going to be humiliated. But we still have to ask several questions. If Mantashe is the person who issued the statement, does he believe he has the full support of the other top six? If he doesn’t, he’s taking a massive risk. What would happen if Modise or Motlanthe made an “off the cuff” remark indicating their unhappiness with this statement? That would show Mantashe is not in charge, and the statement was not true. It would also ensure that everyone in the country knew the top six is a divided bunch.

Well, we know that already, you might say. What seems to now almost be an absolute certainty is that Phosa will not be on the Zuma’s Mangaung “slate” at the end of the year. Whether he’ll contest again remains to be seen. No doubt what happens with Malema could influence his actiond. But if he is re-elected, along with Zuma, it might finally crack the ANC’s slate problem. For over a year ANC leaders have railed against the practice of people running for leadership positions as groups as it prevents rivals from serving on the same structures. This could be a chance for that practice to end.

But that is something to ponder in the future. What we officially know right now is the ANC’s top six officials are divided. And we know that Malema (shock!) is at least partly to blame for that. His story is not over yet; there’s still much more to come. What we also know is that the aftershocks could be with us for some time yet. DM