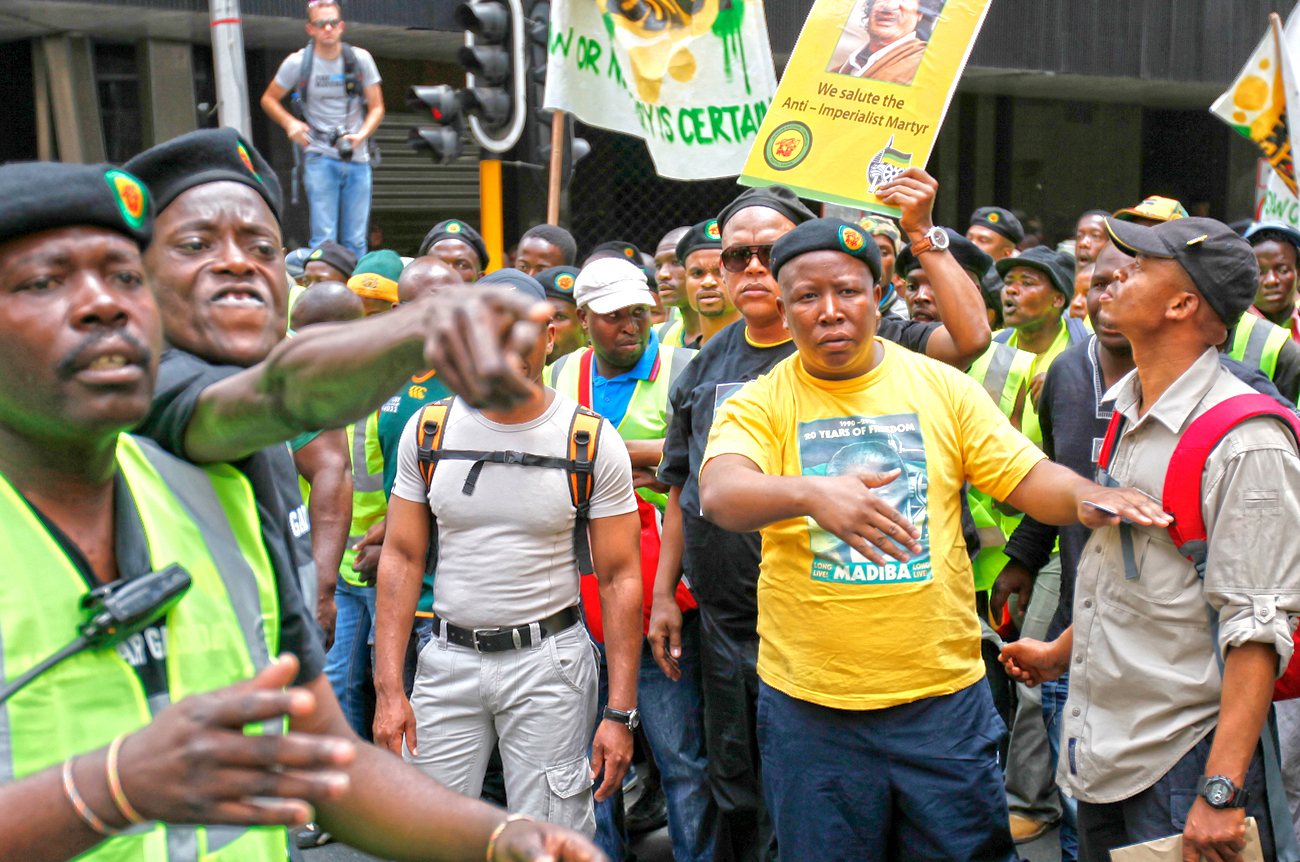 Julius Malema is back. In the news at any rate. His heads of argument for his appeal against his five-year suspension from the ANC by Derek Hanekom and the party's national disciplinary panel was handed in on Tuesday. Next Monday the appeal itself will be heard. As we've indicated before we don't hold out too much hope for him. At the same time the Gauteng ANC Youth League has indicated that there are currently no plans to hold "support rallies" outside the appeal venue this time around. You may remember how it ended last time. Ladies and Gentlemen, boys and girls, it's time to examine a post-Malema youth league. By STEPHEN GROOTES.

It’s hard to imagine the ANC Youth League without Julius Malema. The two names have become synonymous with each other; one follows the other as “Recall” follows “Mbeki” and “Re-count” follows “Dubya”. But there was a time, not that long ago, when he was just another provincial league leader. It was back in 2008, in fact, that Malema first came to national prominence – symbolically through that picture in The Times of the bloke with the bare bum who pulled his rods down to show how frustrated he was at the chaos of the league’s conference in Bloemfontein (less than an angry stones-throw away from the Reitz Hostel as it happens).

But it’s important to remember that the League is not just about Malema; he represents a faction, a group of people who came to power. Most importantly, he represents a continuation of the leader who went before him, Fikile Mbalula. So a Youth League without Malema is really going back almost a generation, to when the league was run by one Malusi Gigaba. It’s a long time ago, back when the League’s main call was for the Springbok to be removed as a sporting icon, before “economic freedom” and berets, became fashionable.

Another way of putting all of this is to say that the League will almost have to start from scratch. In Limpopo particularly, virtually everyone will be identified by where they stood when Malema was king. In a way similar to how people (such as Jimmy Manyi) are asked “what did you do in the war” when we look at politics now. So people will be defined by whether they were for Malema, such as league treasurer Pule Mabe, or against him, such as Gauteng League leader Lebogang Maile, or KwaZulu-Natal leader Mthandeni Dlungwana, or would-have-been-Limpopo-leader-except-for-the-police-who-followed-Malema’s-orders Lehlogonolo Masoga.

But first things first. If Malema goes, will he be succeeded by Masoga or current deputy leader Ronald Lamola? The Sunday Times seems to be on the right track when it suggests that the splits in Malema’s top leadership are growing. Youth and a lack of experience would indicate that when the going gets tough, this group goes soft. Shame. If it’s Mabe, he would try to keep the league in a Malema-type vein, but would want to stamp his own personality. If it’s Lamola, well, he might appear to be younger, and could run the risk of being some sort of puppet through which Malema tries to keep his hands on the levers of power.

However, all of this presumes that the League is left alone by the ANC and allowed to do its own thing. If you were President Jacob Zuma or ANC secretary-general and Malema fan club ‘leader’ Gwede Mantashe, would you leave them to their own devices? Only if you knew they couldn’t pose a threat for a generation. But if you felt you needed to plough salt into their fields, you might rather feel the need to force the League to have a new conference, to elect new leaders.

There’s a real attraction about this prospect. It would almost be the League’s Codesa, a discussion about what tit should be, and how it should achieve it. You could bring all sorts of interests and leaders and factions, sorry, stakeholders, to the table, and have a real good old-fashioned discussion. Hell, throw caution to the wind and let those bladdie agents, the media, in to make sure it’s a public discussion. It would let the cleansing winds of change blow through the organisation.

Of course, there will be many vested interests against such a proposition. But, to use a cricket analogy (again! – Ed) you have to look at what would happen if you don’t hold such a conference. After the Hansie Cronje scandal, people in the team went through a phase, through no fault of their own, of being judged by whether they had been friends of Cronje’s or not. Eventually it was decided to simply appoint a captain so young that he hadn’t been involved in the entire saga. It worked. Or it did until recently. The same logic applies here.

But the real problem, as it so often is with matters ANC, is on a micro scale. What is happening in the League’s branches? Up until now Malema has always claimed there’s been huge growth in league numbers. Figures of around 350,000 have been mentioned. However someone is going to have actually audit those, and that’s gonna be a pain in the neck. It’s rather unlikely a post-Malema League leadership would be able to rely on those figures. And the branches themselves will change. Some members will leave because the show has lost its star. Others will join because it was only Malema who was stopping them from doing so. That could lead to a big change in the league’s character generally.

That could, in turn, feed into a big change in the influence the League tries to bring to bear on the ANC. If its direction changes, so the pressure on the ANC would change. But it seems unarguable that for a while, the period immediately after Malema, no matter what happens, the League will lose much of its power. It won’t be what it was. It will take time to re-coalesce, to gain some kind of character, and then momentum. That period is likely to be quieter for us hacks. And easier on Zuma. DM