Blade draws his sword at the Gordian knot of higher edu...

Blade draws his sword at the Gordian knot of higher education 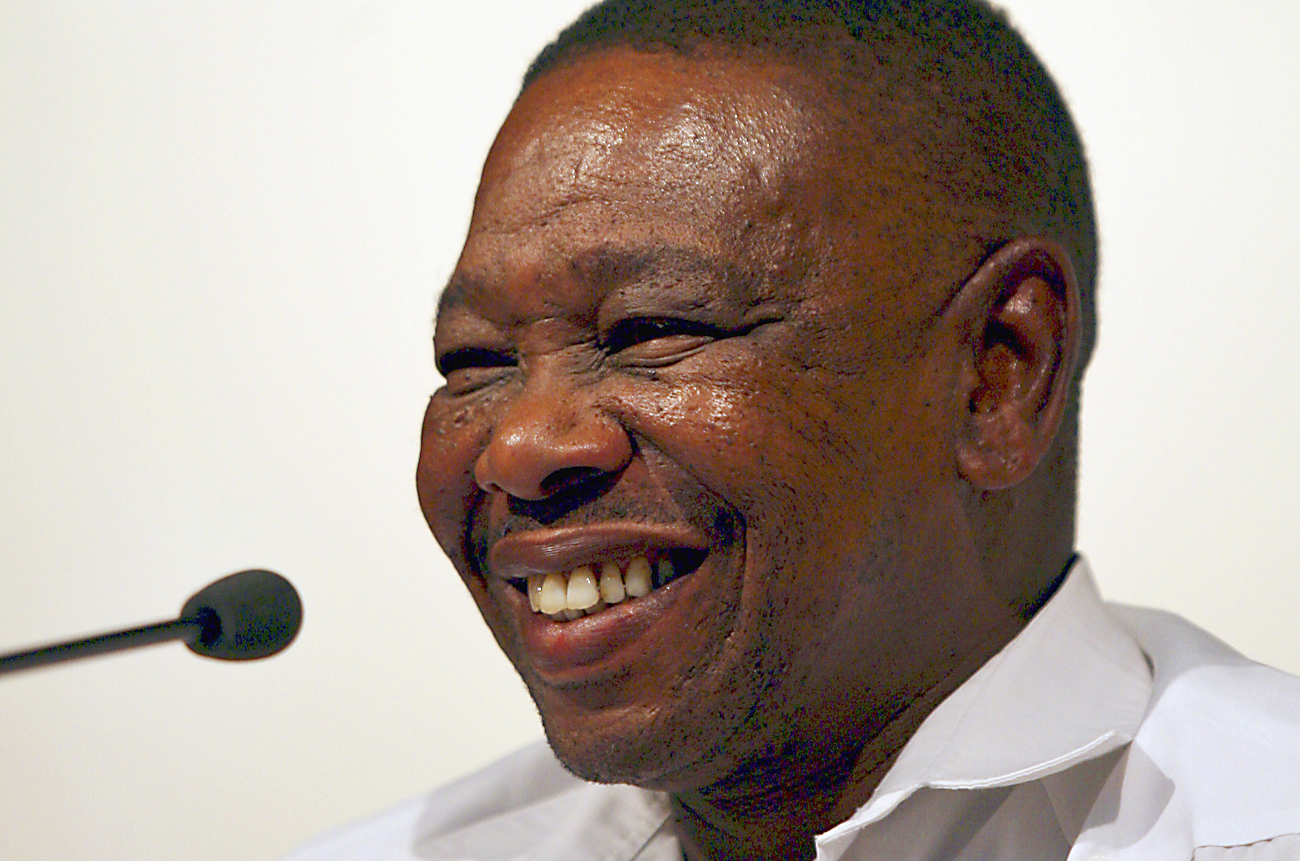 Fixing our higher education system is a Herculean task. The higher education minister, Blade Nzimande is making a first stab at fixing the whole blessed mess through the publication of a Green Paper. It looks ahead to what we want in 2030. It's pretty good. And Nzimande can be pretty funny. By a slightly astonished STEPHEN GROOTES.

Fixing the system involves untangling the Gordian knot of Further Education and Training colleges, universities and a whole host of other institutions – some of them all legal and kosher, some of them not. In the current system there is “duplication, overlap and at times incoherence and inconsistency”, according to higher education and training minister Blade Nzimande.

It’s easy to get emotional about education. My first news editor told me once that when in doubt, get a health or education angle on a story, and you’d have a lead. I’ve found it to be true. Our problems revolve around management and administration, and a huge lack of resources. As events at the University of Johannesburg have shown this week, there simply aren’t enough places for everyone to study. And faced with the choice between a lifetime of frustration and idleness and hope and success, people will, if necessary, jump over fences and push against their fellow man.

But the numbers Nzimande’s talking about are still astonishing. University enrolments to go up from the roughly 800,000 now to 1.5-million. But hold your breath, FET college enrolments to increase six-fold, to over four million. That’s a lot. That would mean that around 60% of school-leavers would enrol in FET colleges, and around 23% would go to university. Ambitious, isn’t it?

But the real change comes in the form of community colleges. These would be smallish institutions in towns everywhere. They wouldn’t be grand palaces of learning where everyone would walk about with Summa cum Laude in philosophy, but rather a place where you can learn to bake bread, and thus get a job as a baker. If it comes to fruition, it would truly bring a real, practical education to the people. As education academic Professor Graeme Bloch puts it, “sometimes the point of a tertiary education is simply to get a tertiary education, and these would provide that, and some useful skills”. They would be the difference between the unemployable matriculant and an employable baker, who then goes on to man the till, and then progress through the yeast of experience.

It’s odd to find a minister in the Zuma Cabinet who actually has an interest in their ministry. Nzimande has a doctorate in education and a real passion for it. And it shows. We’re talking about a man who has a Stalinist streak (as shown in the abrupt departures of his director-general Professor Mary Metcalfe and his spokeswoman Ranjeni Munusamy), who once claimed that the “press is the biggest threat to democracy”. But get him in a room (even if it’s in the GCIS Building, which is way too small) to talk about education and he cracks jokes, makes political comments as nuanced asides and is generally engaging. It’s always fun to watch a first-class brain at work, and enjoying itself. This was what we saw on Thursday.

At one point Nzimande spoke about how business needs to help out with training, and how motor manufacturers donate engines for mechanics to train on. “But not on my first car” he said, “a Volvo I bought in 1981 for R100… it was a real people’s car, it couldn’t leave the township”. Then there was the appeal, off the record he said, for a real debate in the media over this Green Paper, or otherwise he smiled… a reference to a certain proposed tribunal might have featured in the rest of his sentence. When one journalist praised him gently before saying “Now, I have five questions”, he even laughed. From a Trevor Manuel or a Pravin Gordhan, this would be normal; from Nzimande it shows a charming side to a politician who has not shown any indications of enjoying himself for the last year or so.

Now, to the money. Nzimande admits straight up that he can’t project how much all of this is going to cost, it is unfair to expect him to project 20 years into the future. However, this is going to be absolutely key. We already spend a bigger percentage of our GDP on health and education than virtually any other country in the world; how much more money is there to spare? Probably not that much. It could be argued that as, hopefully, HIV rates go down and the disease becomes cheaper to treat, there could be more cash around. But I wouldn’t bet on it. Bloch is pretty forthright on this, “you can’t cram people into universities and into the corridors of FET colleges”. Business is even more concerned, South African Chamber of Commerce and Industry’s (SACCI) Neren Rau said that “we will be fooling ourselves” if we just put more people into the same classroom.

One area where Nzimande did seem to lose his charm was on this point. He says it’s time to stop this “biblical lamentations about graduates not being work-ready”. He wants firms to do their own training. He points, interestingly, to the 1970’s when mines wanted “black human resource practitioners”. He says they realised there were plenty of people with social work degrees, so they retrained them and hey, presto!, they had what they needed. Rau says in the current climate, business simply can’t do that anymore, and really, it’s the job of the education system to, you know, educate.

One of the big problems, as we all know, is that FET colleges have a terrible reputation. Nzimande admits this, and says they’re implementing a qualification system for FET lecturers, “many of whom were high school teachers who got a job at a college”. But the really interesting way to turn them around, he says, is to create learnerships. If people know that they can spend 12 months getting work experience, while living on a small stipend as part of their qualification, they will get jobs pretty much upon graduation. It’s a great idea, and really mirrors part of the old apprenticeship system we used to have. Hopefully things will come full circle, although someone is going to have to manage this, and Nzimande’s department doesn’t have a great track record in this regard.

There is still a long road ahead. The real problem, of course, is going to be the money. But it’s an exciting plan. Nzimande and his team deserve credit for applying real thought to the problem. As general secretary of the SACP, he will know that his party chairman, Gwede Mantashe, has a hobbyhorse about artisans. “There is no such thing as an unemployed artisan”, he is fond of saying. And in 21st century South Africa, he’s right. DM