Is Syria just too 'big' to bomb?

Is Syria just too ‘big’ to bomb? 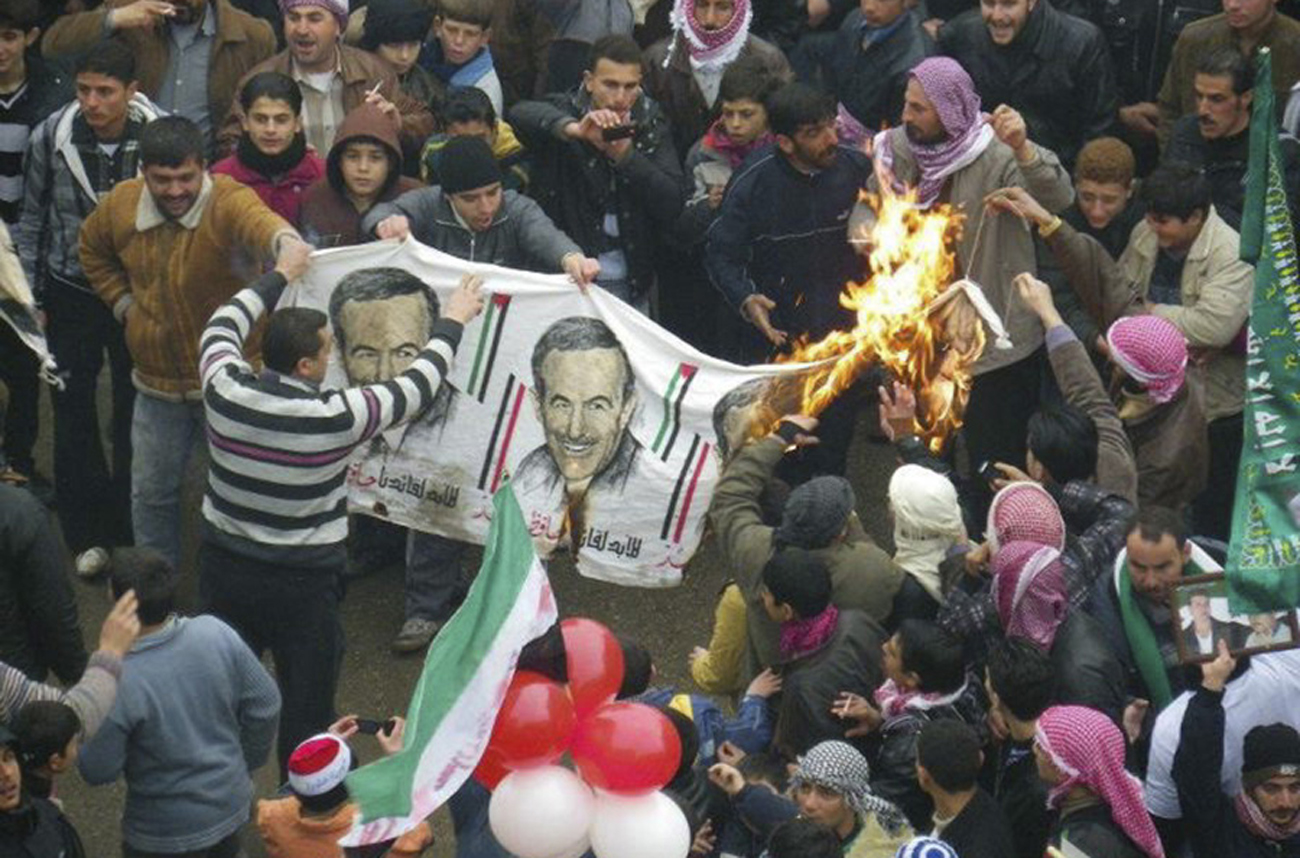 Foreign intervention in Libya went swimmingly, at least if you’re a French, British or American policy analyst. So why is it taking the international community so long to implement something similar in Syria, where the situation is much the same? By SIMON ALLISON.

The parallels between the rebellions in Libya and Syria are obvious to even the casual observer. There’s the brutal, dictatorial regime that is enthusiastically using its military might against the largely unarmed protesters. There’s the huge loss of life – more than 5,000 dead by the United Nation’s last count. There’s the increased militarisation of those protesters as they start to abandon peaceful demonstrations, responding to force with force.  But Syria is lacking the one element that characterised Libya, arguably the one element which allowed the rebellion there to turn into a successful revolution: international support.

And by international support we’re not talking of sanctions and condemnations, but of something a little more substantial: weapons, money, bombing campaigns and no-fly zones. Libya’s rebels had to do the fighting themselves, but their target was hamstrung by the international involvement. But for Syria’s rebels, no such support is forthcoming. So what’s the difference?

Philip Gourevitch touched on this in a piece in The New Yorker. “War is, as it always was, not a humanitarian but a political undertaking,” he wrote. “Gaddafi was uniquely reviled, and uniquely disposable, and disposing of him was the easy part of the revolution (as it was with Mubarak in Egypt). With Assad it’s trickier—and the Syrian people remain hostages of that trickiness.”

He’s right on both counts. Yes, Gaddafi was uniquely disposable. Despite his largesse, he never made friends with the kind of people who could protect him in these situations. During his rule he alienated all the major powers at one time or another, so nobody – not even Russia or China – was particularly inclined to protect him when he needed it. His closest allies were the African states who had come to rely on his generosity, and, although the African Union protested the intervention loudly, they were never going to do any more than that.

And yes, with Syria the situation is trickier. Libya is a backwater, geo-strategically speaking, and so is its backyard: the demise of Gaddafi’s dictatorship will be felt most severely in countries like Mali, where fleeing pro-Gaddafi fighters have already caused problems, and in Sudan, where rebels in Darfur will sorely miss Libyan funding. Neither of these countries are particularly important outside of north Africa.

In Syria there’s a lot more at stake. Syria’s geographical position puts it at the centre of the conflicts that have come to define Middle Eastern and international politics, particularly Israel-Palestine (Syria harbours much of the Hamas leadership) and the Iran issue (Syria is one of Iran’s major allies). These are problems that are, for whatever reason, hugely important to the major powers. They all have something to gain or to lose with the collapse of President Bashir al-Assad’s regime.

This is why foreign intervention is going to be a lot more difficult in Syria than it was in Libya – and why we haven’t seen any yet. That’s not to say it’s out of the question. Some countries, the US in particular, have powerful motivations for getting rid of Assad. As US national security advisor Tom Donilon explained in November: “…the end of the Assad regime would constitute Iran’s greatest setback in the region yet – a strategic blow that will further shift the balance of power in the region against Iran.” And the US is not alone – Turkey too is becoming increasingly militant in its criticism of the Syrian government and France has spoken about enforcing humanitarian zones to protect civilians.

But, standing in Syria’s corner is the combined might of Russia and China, neither of which were particularly impressed by how the UN resolution on Libya was interpreted by Nato to include justification for the comprehensive bombing campaign. They won’t be keen to repeat that experience, and besides, Syria as it stands remains friendly to their interests. Add Iran to that mix, and it becomes clear that the US and allies have a formidable obstacle to overcome before they can even think of implementing the kind of regime change that occurred in Libya.

Ultimately, Libya was possible because the country was largely irrelevant on the world stage, give or take a few fat oil contracts. Syria is rather more important, which makes it that much more difficult for anyone to intervene. DM