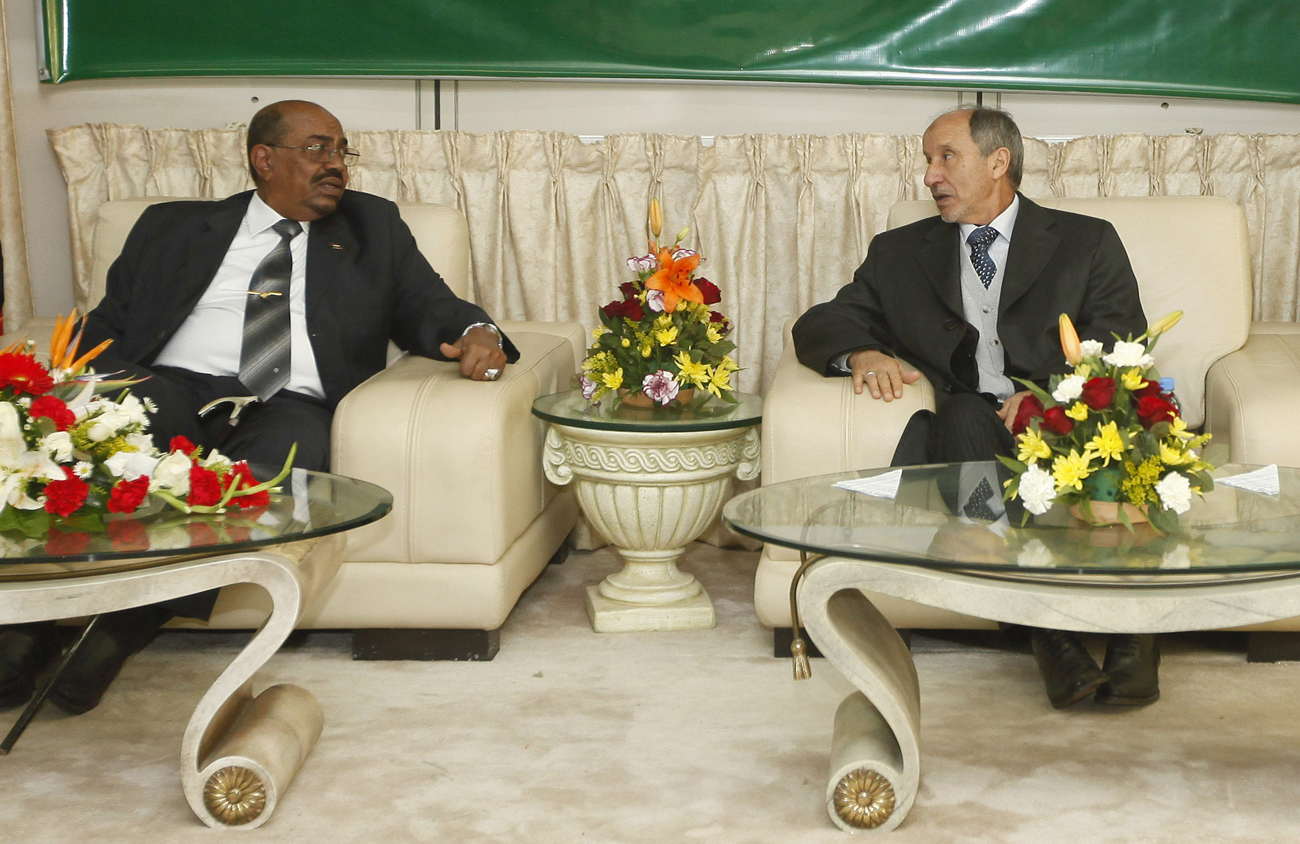 The enemy of my enemy is my friend, the saying goes; that’s how Britain, France and Nato found themselves fighting on the same side as pariah state Sudan in the Libyan revolution. They weren’t happy about it at the time, and they’re even less happy now that Libya is paying tribute to all its benefactors – including, this weekend, rolling out the red carpet for Sudanese President Omar Al-Bashir. By SIMON ALLISON.

Not long after the fall of Muammar Gaddafi’s government, but before his death, the revelling crowds in Tripoli were joined by two world leaders who had come to take their own victory lap. French President Nicolas Sarkozy and British Prime Minister David Cameron were mobbed as they toured the city, duly recognised by the rebels for the instrumental role France and Britain had played in securing international support for intervention in Libya, and then providing the bulk of the planes and munitions.

By rights, they should have been joined by a third, whose country played arguably just as important a role in the eventual success of the Libyan revolution. That is Omar Al-Bashir, whose country, Sudan and its weapons, smuggled into Libya through Egypt, were instrumental in some of the rebel successes, as acknowledged by Mustafa Abdul Jalil, head of Libya’s National Transitional Council.

Eventually Bashir too would get his moment in the sun, even if he had to wait a little longer. This weekend he paid a visit to Tripoli, where the red carpet was rolled out by the NTC to welcome him. Bashir had come, in his own words, “to thank the Libyan people for the gift they offered to the Sudanese people by removing Gaddafi.” Gaddafi and Bashir never got on particularly well. Bashir had long accused Gaddafi of funding Sudanese rebel groups and helping cause the divisions in Sudan which have produced so much violence over the past couple of decades. But by aiding the rebels that took down Gaddafi, the last laugh very much belonged to Bashir.

While in Libya, Bashir offered to share Sudan’s expertise in dealing with armed militias. “We have good experience in integrating insurgents and entering them into the armed forces or the police. Our officers are ready at any time.”

Bashir was right about his country’s experience with insurgents. He’s had to fight a civil war with south Sudan, now an independent country, a rebellion in Darfur and a few uprisings in other parts of the country. The tactics of Bashir’s government are notoriously brutal, but effective, and they’ve kept him in power since 1989. Libya needs the help, with reports suggesting the new government is struggling to control the various armed militias which unseated Gaddafi and who now want their share of the spoils.

Sudan’s involvement in the Libyan conflict on the same side as Britain, France and the US is a source of acute embarrassment for those countries. Sudan, even more so than Libya under Gaddafi, is an international pariah, and Bashir is the only sitting head of state to be charged with war crimes by the International Criminal Court, a charge that came directly out of Bashir’s “good experience” of dealing with insurgents. The ICC would dearly love the chance to prosecute him, but Bashir is careful to only travel to countries who will not hand him over. Now Libya joins that list. Libya’s stance is slightly paradoxical: it is not technically a member of the ICC so has no legal requirement to arrest Bashir, but has requested the ICC’s assistance in investigating atrocities committed by Gaddafi forces.

Human rights groups, unsurprisingly, are also up in arms at Bashir’s Libyan trip: “Welcoming Bashir…raises questions about the NTC’s stated commitment to human rights and the rule of law,” said Richard Dicker, international justice director at Human Rights Watch. “Following the end of decades of brutal rule in Libya, it is disturbing if Tripoli hosts a head of state on the run from international arrest warrants for grave human rights violations.”

As indicated by that statement, it’s not Bashir that has the international community worried. Rather, they’re concerned by what Libya’s welcome of him says about the new Libyan administration, such as it is. Nato did not go to war to install a government that would align itself with the likes of Sudan and Bashir’s visit will be raising serious questions in western capitals about whether their intervention was the right call after all. DM