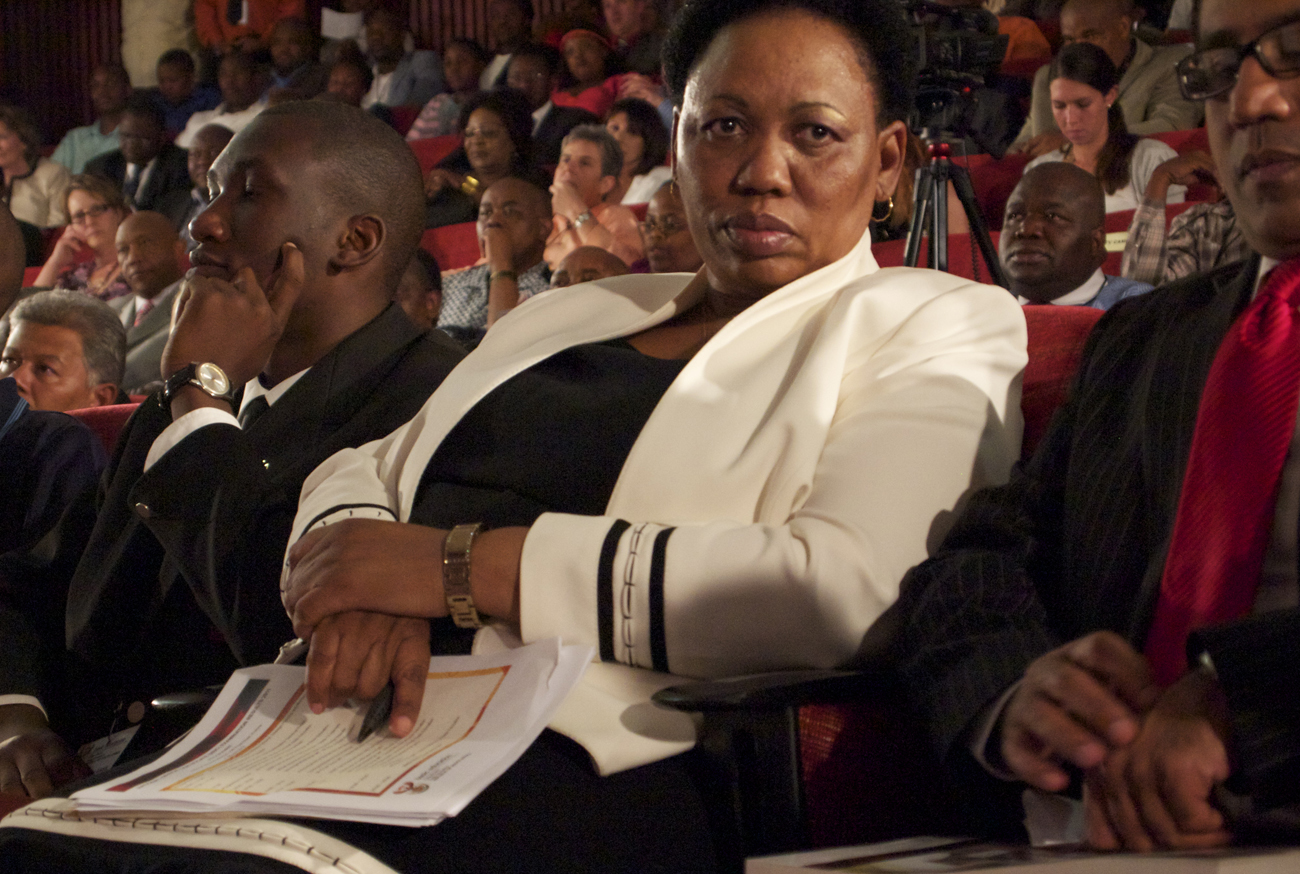 It’s unanimous. The 70.2% national senior certificate pass rate was a welcome improvement, according to government, civil society and analysts a day after the announcement. But, said many of them, behind the improvement lies worrying signs. By GREG NICOLSON.

Perhaps not surprisingly, the ANC and provincial education MECs were positive about where things are headed. We were told that more students in Gauteng and the Western Cape would be going to university. The Free State’s improvement was due to a “positive school environment”. KwaZulu-Natal achieved a victory over Bantu Education and Limpopo has halved its number of underperforming schools in two years. ANC spokesman Jackson Mthembu said that the improvement “is a testimony that President Jacob Zuma’s meeting with about 1,500 school principals soon after he took the presidency in 2009, to understand the challenges they face in work, was not in vain.”

The response is understandable given it’s the first time since 2004 that more than 70% of students achieved a pass. However, after congratulating the students yesterday, civil society and analysts said that the rate of student attrition and quality of education are worth worrying about.

AfriForum was also concerned about the students who make it to grade 12. It pinned the problem on the lack of mother-tongue language education. Basic education director general Bobby Soobrayan acknowledged language proficiency is a serious concern, but said the drop in students was caused by enrolments reaching a point of equilibrium. There were no extraordinary gatekeeping factors between 2010 and 2011, he said.

But Jonathan Clark from the University of Cape Town’s school of education told the Mail & Guardian there is anecdotal evidence that schools are rushing low achieving students through early grades before holding them back in grade 10 or 11. Equal Education agreed, saying there is a “national culture of schools encouraging weaker students not to write the examinations”. The drop is partly due to an increase in students attending FET colleges, said the South African Democratic Teachers union, but more information is needed.

Another common criticism that came on Thursday was that despite improved results, the quality of education is not sufficient to prepare students for university and work. To pass matric, students had to achieve 40% in their home language, 40% in two other subjects and 30% in three subjects. The most common indicator of quality is the proportion of students who qualify to study a Bachelor degree. In 2011 there was a 1% increase to 24.3% of students, but critics are still worried about the quality of the education.

“Although the improvement in the pass rate is welcomed, it is questionable whether it is sufficient to support a strong economic growth rate trajectory,” said South African Chamber of Commerce and Industry CEO Neren Rau. He said there’s increasing concern that the public education system is not able to prepare students for work.

Adrian Schofield, president of the Computer Society of South Africa, expressed concern for the future of technological innovation after another year of disappointing results in math and science. “The message is the same one we’ve been repeating for the last few years. The decline means we are denying ourselves the opportunity to have a pool of usable skills going further into the 21st Century,” he told IT Web. “We need to have skills to innovate in the technology field, or we will keep falling behind the rest of the world completely.”

The class of 2011’s performance in mathematics is ominous. The pass result fell 1% to 46.3%, while the number of students taking the subject has been in steady decline. “The ongoing massive decline in mathematics candidates correlates with the increase in the overall pass rate. Simply put, less students writing mathematics and more students writing maths literacy will correspondent to an improving overall matric pass rate. Such an increase is artificial,” said Equal Education. Clarke wants the department of basic education to release the 50% pass rate for the subject as it’s a requirement for courses such as science, engineering and medicine. Motshekga said she remains concerned with the poor math scores. It’s one of a number of subjects targeted for improvement.

In line with past results, Western Cape and Gauteng, both with large urban populations, were the top scorers. Of particular concern was the Eastern Cape. It was ranked last with a pass rate of 58.1%. Out of 81 education districts in the country, 15 achieved an average pass rate below 60%. Eleven of those were in the Eastern Cape. The national government took over the province’s education department last year and it has shown little sign of improvement. Professor Ruksana Osman, head of the Wits School of Education, told the Mail & Guardian that given all the problems it’s faced, she’s surprised it accomplished 58%. DM