Where SA is as a country - the glass-half-full edition

Where SA is as a country – the glass-half-full edition 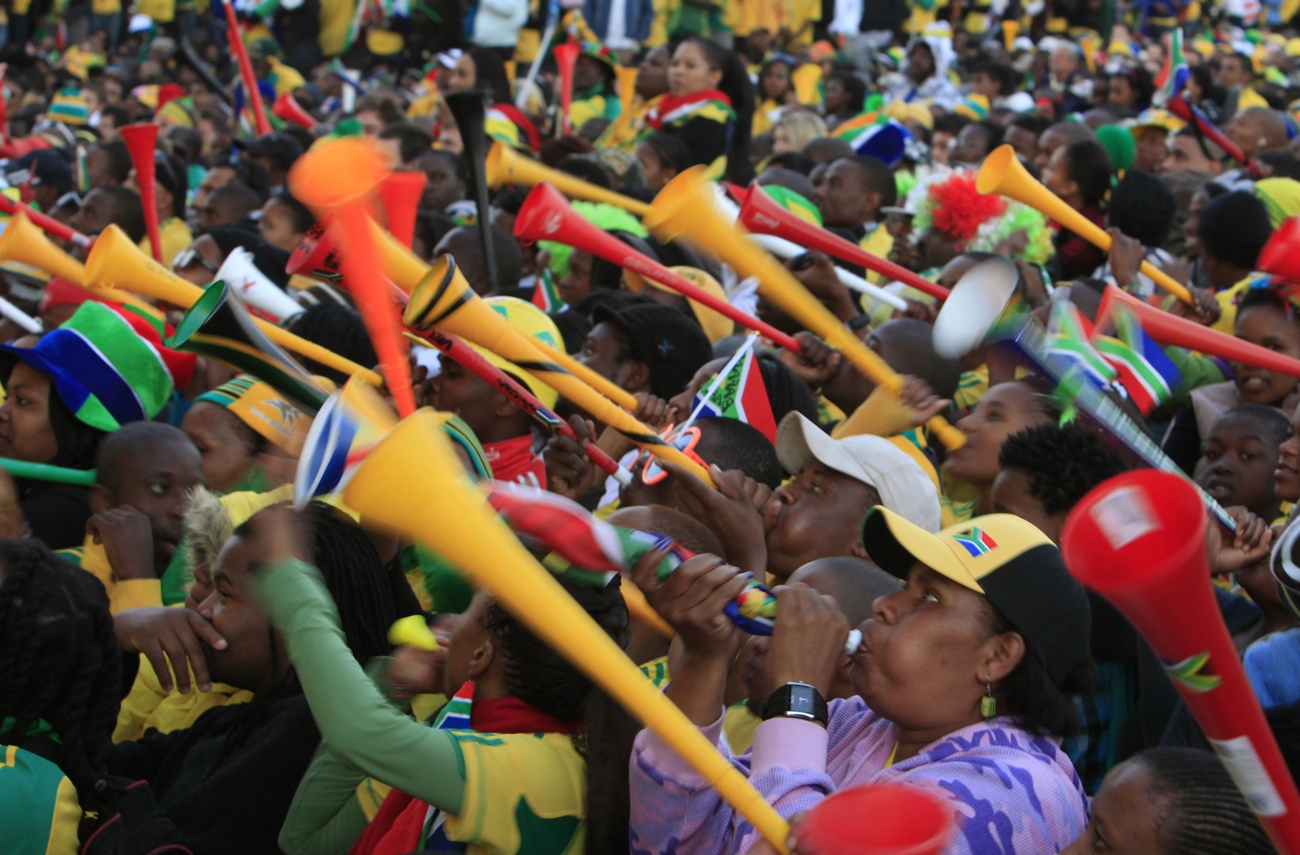 Where are we as a country? Let’s use the reliable measure of political temperature to suss out the general state of South Africa’s health. SIPHO HLONGWANE dons the latex gloves and white coat.

“One can’t help thinking a Julius Malema is crucial to the democratic process, and that if he didn’t exist, it would be necessary to invent him.” In one sentence, Mail & Guardian Online editor Chris Roper managed to write a précis of South Africa in 2011.

This has been a year of tests for our institutions of democracy. At some point, the stress tests on constitutional democracy, the balancing of powers and transparency were going to come. And if South Africa wants to have any claim at all to the term “strong democracy”, it would need to pass these tests.

I think we have passed enough tests to say that South Africa seems to have put itself, whether by design or accident, on the high road. Both scenario planner Clem Sunter and the Dinokeng Scenarios plot three likely outcomes for South Africa, based on decisions we take in the next five years.

Sunter’s “Premier League” scenario is the outcome where “South Africa stays in the top 55 nations in the world and improves its ranking with sound infrastructure, better education and health systems and sensible economic policies which emphasise competitiveness and the importance of small business in job creation”.

The “Walk Together” Dinokeng Scenario sees a similar South Africa.

The unsaid assumption that underpins all these optimistic scenarios is a respect for the rule of law. It’s weird that we assume we needn’t address this point, because there are some very divergent views on the balance of powers and the power of the judiciary.

We tend to think there’s only one way for the executive branch to mess with the balance of powers. There are so many ways to do it – officials at national, provincial and local levels could decide to flat-out ignore court decisions that don’t favour them. Or someone from outside the government could whip up popular sentiment against the courts (Oh dear, that does sound terribly familiar, doesn’t it?). Or the president could pack the judiciary and Chapter 9 institutions with pliant “yes men”.

Zuma himself said before a joint sitting of Parliament, as he bade farewell to Chief Justice Sandile Ngcobo, “We also wish to reiterate our view that there is a need to distinguish the areas of responsibility between the judiciary and the elected branches of the state, especially with regards to policy formulation. Our view is that the executive, as elected officials, has the sole discretion to decide policies for government. I know that the last time we raised this point, we generated a heated debate within the legal fraternity, some of whom did not see that it was actually an affirmation of the doctrine of the separation of powers.”

The responses from the judiciary and legal fraternity so far have been righteous indignation and umbrage. And the judiciary has continued to slap the executive branch down when it doesn’t do its job as it should. The most recent example of this was the Supreme Court of Appeal’s decision to render the appointment of Menzi Simelane as national director of public prosecutions void.

In doing so, the courts have repeatedly reinforced the Constitutional notion that the balancing powers extend far beyond merely respecting and obeying the courts. The president also has a duty to act in a certain way when exercising his powers. It is a rule Zuma has chaffed against repeatedly. But the recent signs are that the Simelane judgment stung him in the right sort of way. He doesn’t appear to have as much swagger when it comes to the Willem Heath controversy.

The ANC could turn viciously on the courts.

But it won’t, for three reasons: firstly, despite what some within the party (or perhaps not quite “in” the party anymore) would have us believe, foreign direct investment is crucial to the wellbeing of the South African economy. It’s not an ideal situation, but it is the prevailing one right now, so that’s that. If the ANC made a run at the courts, FDI would flee the country. The results of that are unthinkable.

Secondly, the sort of anti-constitutionalism faction that rode along with Zuma prior to Polokwane is dissipated. Cosatu, especially, has stopped complaining about “antimajoritarians” who seek to rule the country via the courts. This is because it may need the judiciary to stop the ANC from harming its interests via the Protection of State Information Bill. Funny how these things happen, isn’t it?

Thirdly, as it slowly dawns on the ANC that even liberation movements can haemorrhage votes, it will have to turn its focus to good governance if it wants to win votes. It will have to shed expensive habits like the protection of crappy government officials who are otherwise good cadres. And it will inevitably have to leave the courts alone.

Meanwhile, the Democratic Alliance is slowly consolidating and gaining in strength. Its genius has been that it is slowly transforming into the party that Cope was supposed to be. It will take a while before the DA can come within a shout of taking on the ANC at national level, but if it campaigns in 2014 with the right message (jobs, jobs, jobs) as well as the right faces, it could very well seize another province from the ANC. That should be enough to force a serious panic and some fundamental changes within the ruling party.

So what does all of this say about us as a nation? Happily, it is a sign of how ordinary we actually are. South Africa is like any other rapidly changing country on Earth. We voted in a bunch of people based on one set of criteria. Our priorities are changing over time – a little slower than you would normally expect, but that’s only because race as a criterion stands taller than others – which means that our political preference is also changing. Inevitably, that will bring regime change.

Which doesn’t necessarily mean a change of political party – we might decide that we actually have no need to replace the ANC, but require it to change a great deal. Or we may far more likely decide to vote them out at some point down the line. The point is that the inclination is certainly there. And we do have a clear sense of what we don’t want from government. Most importantly, we make our message heard, at the ballot box or perhaps by blocking up a street with burnt tyres and a riot or two.

The energy is certainly there. I have not doubted it after I marched for a while with the ANC Youth League. We just need to point this force in the right direction.

South Africa needed Julius Malema and Jacob Zuma and all the rest of them to really test the very fabric of our constitutional democracy. They did their best in 2011, and more of this sort of thing will come in 2012 and onward.

But after the fights we’ve had this year, and how they’ve turned out, I’m that much more confident that we’re on the right track. DM