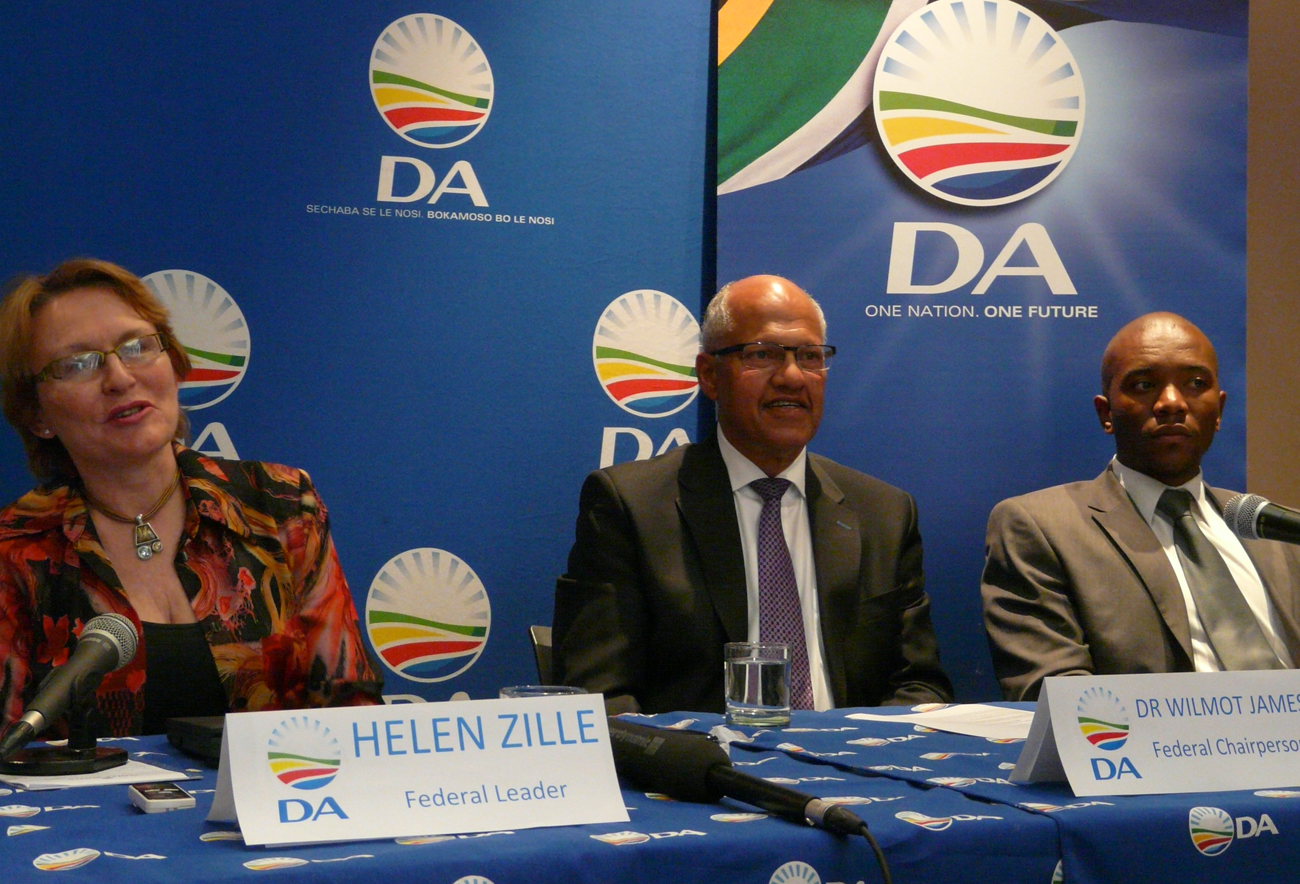 The new spokesman for the Democratic Alliance is Mmusi Maimane. Not a terribly surprising or controversial choice, if you think about it. And if that’s too tough, SIPHO HLONGWANE has done the thinking for you.

At the end of October, the DA’s spokeswoman Lindiwe Mazibuko won a famous victory over Athol Trollip to become the party’s leader in Parliament. The DA’s national management committee decided on who the next spokesman would be and on Tuesday morning the party’s federal executive confirmed the appointment at its meeting in Kempton Park – caucus leader in Johannesburg Mmusi Maimane was confirmed unanimously.

Maimane will remain Johannesburg caucus leader and not relocate to Cape Town. He said this wouldn’t be a problem and was in fact an advantage. Being in Joburg would actually help as the party seeks a greater national profile. “The position of national spokesman is one that seeks to speak to the nation as a whole,” he said.

“Lindiwe has laid an incredible foundation. I take the task put before me with a great sense of intimidation. I’m looking forward to the challenge,” he said.

Party leader Helen Zille was also there and described the position as being not only “enormously complicated”, but also pivotal.

At the same time, the party announced two new chairpersons for North and South Gauteng. Khume Ramufihlo, a member of the Gauteng legislature, controls South Gauteng region and Solly Msimanga is chairman in the North.

Zille said the election and selection of three black men to leadership positions wasn’t to satisfy gender representivity. It just happened that way.

Maimane’s being groomed for a very specific job in the future. The DA has built a culture of pointing  people it wants to make national leaders in the right direction by putting them in the public eye. Both Helen Zille and Lindiwe Mazibuko were former spokeswomen. And, with Mazibuko on a trajectory to take over Zille’s position, now it’s Maimane’s turn at the podium.

In the short time Maimane has been in the DA, he’s managed to become the party’s candidate for mayor of Johannesburg and its caucus leader in the city. And he lives and breathes the DA mantra. Earlier in the year, we interviewed Maimane. He didn’t fall out of the party’s line on race and jobs. When gently prodded on whether his election as the Joburg mayoral candidate wasn’t classic a “transformation” move by the party, he hotly denied this.

If Tony Leon, Athol Trollip and Helen Zille have always represented what the DA is, then Lindiwe Mazibuko and Mmusi Maimane surely represent what it wants to become. Maimane fits the bill so well you could be forgiven for thinking he was created in a laboratory. He grew up in Soweto, dabbled in entrepreneurship, is married to a white woman and has a young daughter. How “new South Africa” is that? Just for fun, contrast this with the “young people” in the ruling party…

Also, remember the position of spokesperson isn’t an election one. You’re chosen. And it means you actively have to make it your job to know what every person of consequence in the party is saying and doing so you can explain those actions to the media. It’s like being head of corporate affairs in big organisation, except in politics you sit through the same meetings as the bosses, not merely to brief the media, but to get to understand his or her job too.

Maimane has so far survived every test the party’s thrown at him. If he cruises this one too, mark these words, the DA will have a black man as national leader. DM