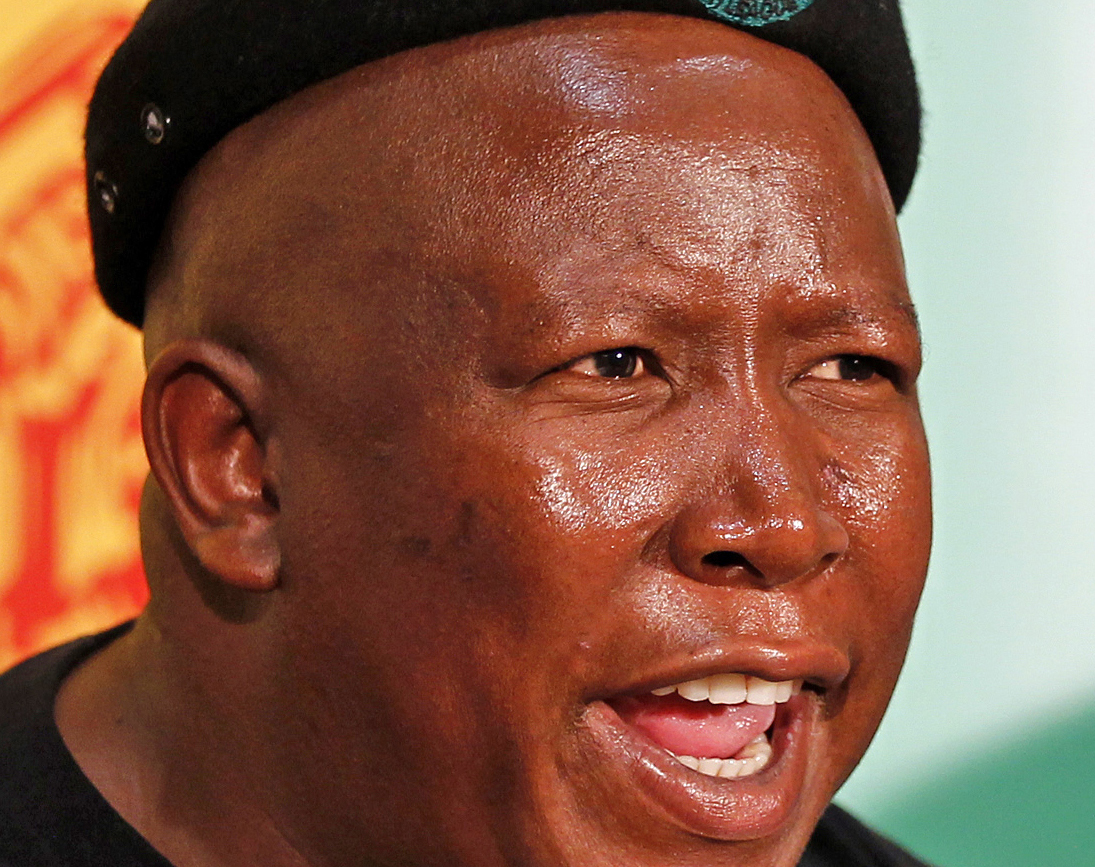 Julius Malema can be a bit like the Springboks. One never knows where to start. Has he ended the year up or down? Down. Is he still important? Yes. Was he the political newsmaker of the year? Surely. Is he the playing field for the current battle for the soul of the ANC. Yebo. How will it all end? Oh now, don't be difficult. By STEPHEN GROOTES.

Malema started the year on a high. His political star was rampant. He appeared to have no challengers. He was in charge, the man to watch, the younger MacDaddy of our politics. What he said mattered, what he did was always front-page news. And how he handled issues was, generally speaking, incendiary.

None more so as when it came to those songs. Translated as “Shoot the Boer”, the Dubula Ibhunu songs drove much of the news agenda for the first half of the year. A lot was said in court, analysed afterwards, and the country’s temperature seemed to rise. Thankfully it all ended just before Easter, giving everyone some time to cool down. Several politically important incidents occurred. Malema under cross-examination, televised live around the nation and across the street from the courtroom, gave everyone a master-class in why he is most certainly not stupid. For him, there was no way he could lose, everything he said was political gold dust; it made him stronger. But the part that will remain in the mind of this reporter didn’t actually involve him. It involved Afriforum’s advocate, Martin Brassey and ANC secretary-general Gwede Mantashe. Brassey suddenly asked Mantashe if he knew what a certain Zulu phrase meant, before reciting a Zulu statement. Mantashe answered, “Yes”. Then, as the crowd’s curiosity grew, Brassey asked, “And when was it said?”. Mantashe knows his history. The answer was, just before Dingaan killed Piet Retief. It was our history produced raw, right in front of us, and a really good illustration of how we are still, to an extent, trapped in it. Malema wasn’t part of the interchange, but he was the main driver for it.

Malema at that point was growing in strength and popularity, the rock star of our politics – his wave seemed to be building, gaining power ahead of the coast at Mangaung. And with him, the waves of Fikile Mbalula and Kgalema Motlanthe/Keyser Soze were growing as well.

His highpoint was the ANC Youth League’s national conference. Held at the usual place for these things, Gallagher Estates, it was perhaps the most frightening Malema has ever been for minorities, and those who oppose nationalisation. I won’t easily forget the scenes of jubilation just after he was re-elected unopposed. There were the people shouting and screaming outside, these weren’t even delegates, just supporters “who happened to gather”. Inside, pandemonium. And in the rich people and media only “Business Lounge”, a smiling swaggering Young Lion. He dashed in moments after the announcement, with a grin and a cock in his walk. He was handed a baby. He kissed it, flashes popped. And then a late night press conference, where all the right things were said. It was political theatre, all choreographed. The trains ran on time at that conference. At one point, midway through a boring Saturday afternoon awaiting policy outcomes, journalists were summoned (not invited) into the main hall. And then turfed out. But had just heard (and recorded thanks of the help of enthusiastic sound people) a resolution that seemed to be critical of the ANC’s decision to not open up the leadership debate. Of course, that was then denied, but the media had been used to do Malema’s dirty work for him. If not exactly masterful, it was certainly clever.

And there was Malema’s epic speech as the conference ended. It spoke of “going to war for radical policy change”. I even remember having to do the numbers, how many League members there were in ANC branches as opposed to how many members were not members of the League. The numbers came to around 360,000 League members to around 950,000 ANC members in total. It was necessary because Malema wanted to take over the party branch by branch. The conference decided on nationalisation, land expropriation without compensation, an investigation into whether the banks should be taken over too. It was, to capitalists like us, very scary stuff.

But then the red mist descended. “We will work against the government of Botswana” was the cry that sounded the end. And it came from nowhere. Malema used every internal League meeting to rail against President Jacob Zuma’s decision to back the United Nations resolution to create a no-fly zone over Libya. At times, Malema and Thabo Mbeki sounded almost exactly the same. A point that still makes me wonder from time to time.

And opposition to Malema started to focus itself. Cosatu held its central committee in the same venue just a week later. Its general-secretary Zwelinzima Vavi spoke movingly that “there is a fight underway for the soul of the ANC. And we don’t know who is going to win. But we will fight”. He meant the fight between the “right-wing demagogues” and the “vanguard of the working class”. Malema became the focal point for unity between Cosatu and the SACP. And Cosatu expressed its frustration with Zuma, partly because he hadn’t acted on Malema. Vavi publicly advised Zuma to call Malema, late at night, and tell him to toe the line. If he didn’t, said Vavi, discipline him. Malema now had real public opposition.

And he had become too confident. And he walked into the trap so artfully set by Zuma and Mantashe. More and more ministers started to speak out against mine nationalisation. And with public backing from the rest of the Alliance, it was time to act. And act they did. It was a long source of debate as to whether the ANC’s national disciplinary panel conducted a political or a legal inquiry. The fact is it was both. The ANC cannot be politically neutral; it’s a political party. The panel is not an impartial court, nor should it be. But it should be fair. And it’s hard to find where its verdict and sentence were unfair. Malema had been warned. And warned again. And he simply didn’t listen. Everything had come so easy to him, he must have thought life really was this simple – you shout, you get what you want. But he had also broken the cardinal rule: don’t take on Zuma.

So when the ANC’s panel said he’d been suspended for five years, in retrospect, it wasn’t a shock at all. There had been some pre-announcement spin that he was being suspended for a year. Looking at those reports now, one can’t help but wonder whether that had come from the Malema camp, a last ditch attempt to somehow suggest to the panel that this was a good sentence. It didn’t work.

The real change for Malema is that he has gone from outlining our national life; he is no longer the person who frames the political question of the moment, a position that gave him some real power. He is now simply fighting for survival. He is on the ropes. The appeals panel would be hard pressed to find a reason to get him off the hook; the most he can hope for is a reduction in his sentence. Either way, he’s out of Mangaung. And possibly out of politics altogether – it seems unlikely that he has the appetite for the hard graft that starting his own party would need.

The Malema story of 2012 is about survival, not just politically, but also legally. Those agencies currently circling him are not going to go away. And so he’s running the risk of just becoming less and less important. And his power wanes, the power of Zuma continues to grow. DM